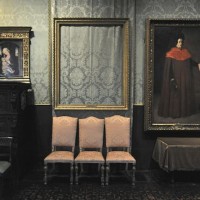 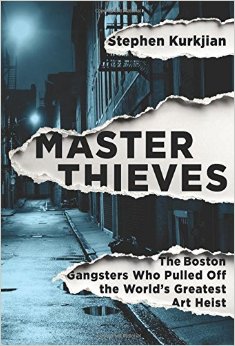 I’ve decided to stop working on Saturdays because it is driving me insane. Academia is already a 15-hour-a-day job, it doesn’t need to be a 7 day a week one. This Saturday was my second ‘no work’ Saturday and I filled it with Master Thieves by Stephen Kurkjian; Saturday was AWESOME.

For those not in the know, the heist at Boston’s Isabella Stewart Gardner Museum 25 years ago was devastating and thoroughly puzzling on so many levels, not the least being that there is no one to sell a stolen Vermeer or Rembrandt to. People like me conclude, then, that art thieves tend to be people who know little about the market for art: they expect to get a pay off for a theft but, instead, they find themselves with a hot and unsellable bit of canvass. Kirkjian, however, has given me another possibility to think about. What if art thieves know EXACTLY what they are doing? What if they know the art is unsellable, but that selling isn’t the goal? What if they are stealing the paintings as leverage, as a safety net, as (literally) a get out of jail free card? Need to convince the authorities to give your buddy a lenient sentence? Well, the return of Rembrandt’s only seascape is on the table… 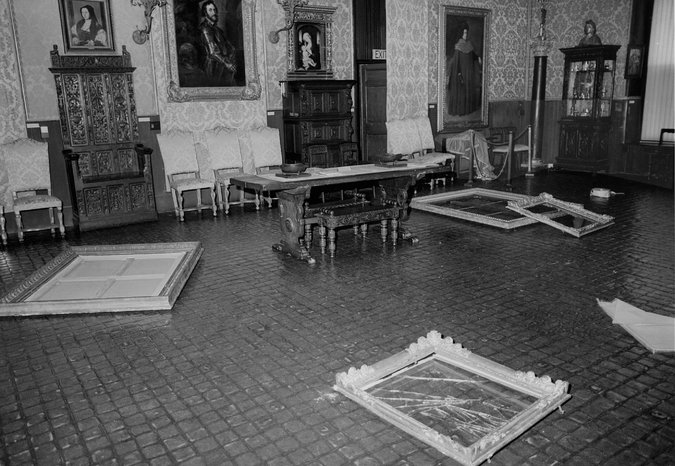 Kurkjian himself is a respected journalist, a Bostonian himself who has covered this crime since it happened. He has been there, done that, and knows the people involved. And, really, this book comes at an extremely interesting time for the Gardner case. A time where we have revelation after revelation from the FBI (a trial run?; a security video?; an alleged fence; the idea that those involved are dead…), some of which honestly make you wonder why the info wasn’t released to the public before. Makes you wonder what, exactly, has been happening at the FBI during all of these years.

Indeed, Kurkjian respects the FBI but questions quite a few of their early and recent decisions. In particular he finds fault with the exclusion of the Boston Police Department from the investigation. He reasonably believes that the heist was most likely carried out by Boston wise guys and who better to look into Boston wise guys but the force that deals with them every day. He even paints a picture (ha) of the Gardner Museum being excluded from the investigation and, perhaps, being treated a bit poorly. Perhaps one day there will be an FBI tell all, but as it stands now, the Gardner investigation looks to be far from their shining moment. 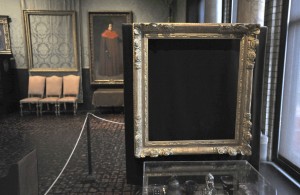 The heist scars are still visible as empty frames

I don’t want to spoil Kurkjian’s theory of the crime for you all. You’ll have to read the book for yourself. I will say that I was totally engrossed from the very start: the writing is great and the whole thing is well composed. I admit that I may have been drawn in by two things in particular: 1. I know many of the people he mentions or speaks to for the story; 2. I know Boston. I feel close to this story…closer than some other readers.

But perhaps that, in itself, is notable. I’d be the first to grumble at a poor representation of my friends/colleagues and of Boston. This was a no grumble book. It made me quite homesick for Boston. Not just for the city in general, although all the tough guy talk made me long for my long days in the North End, but for the Gardner Museum itself. New wing aside (GRUMBLE), it is a magical, strange museum: discounted entry if you’re in Sox gear, free if you’re named Isabella. Its eccentricity mirrors Boston’s. Gosh that museum is Bostonian. Maybe that is why the heist still smarts.

Back on track here, I’d say that of the Gardner heist books out there, this is the one to read. It is certainly the most up to date one. Why not take a no-work Saturday yourself and get stuck in. I’m glad I did.