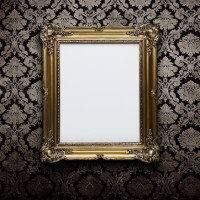 Any Glasgow artists want their art in a video that’ll be seen by tens of thousands of people?

This is a bit of an odd request but hear me out.

Very quickly, I am filming the trailer for a free online course on Antiquities Trafficking and Art Crime at the Hunterian Art Gallery on Monday morning. For it we are going to semi stage an art theft. It’ll be tasteful but cool. We are going to try it two ways: one removing an artefact from a case, another having a painting disappear from an easel, both after some people walk by and admire it. I’ve got an artefact for the case. I’m looking for a painting for the easel.

I was just going to go to a charity shop and pick up some random painting that looked acceptable enough from a distance. However, it occurred to me just now that it might be nice to have the work of a real Glasgow artist up there being admired (and then swiped!). We can also credit the work on the page somewhere with a link to the artist’s website. There will be tens of thousands of people watching this video.

Are you a Glasgow artist? Are you game for this?

Obviously, we’ll give it back. Looking at my schedule, I can get it back to you on that Monday depending on where you are.

If I don’t hear from anyone, I’ll go get some fine charity shop art, no problems.