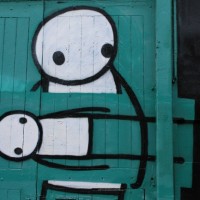 What is the Art Law on Authenticating Works by Old Masters? (General)
(9 August 2015; ArtNet News)
The legal standing and protections for art authenticators.

Community forced to pay tax to reclaim its stolen treasures (Kenya)
(9 August 2015; The Counties)
The Kenyan govt is charging a tax on 50 stolen Mijikenda cultural artefacts being repatriated from the US.

Robert Mugabe tells Natural History Museum to return human skulls (Zimbabwe)
(13 August 2015; The Guardian)
A strange morning when one totally agrees with Mugabe: “Surely, keeping decapitated heads as war trophies, in this day and age, in a national history museum, must rank among the highest forms of racist moral decadence, sadism and human insensitivity.”

2600 Zim artefacts looted (Zimbabwe)
(14 August 2015; The Herald)
In addition to the heads, Zimbabwe may be seeking the return of looted cultural artefacts now in the British Museum.

Sculpture stolen from Kitchener-Waterloo Art Gallery found (Canada)
(13 August 2015; CTV)
The piece was recovered and the alleged thief has been charged.

Se retractan pobladores de Tehuipango tras acusar de robo al sacerdote Lidio Limón (Residents of Tehuipango retract their accusation of theft against the priest Lido Limón; Mexico)
(13 August 2015; Alcalor Politico)
The community now says that they were too quick to judge the priest and have retracted their statements about alleged sacred art theft.

After Illegally Copying Sculptures, Billionaire Owes Artist $640,000 (USA)
(7 August 2015; ArtNews)
Unauthorized special-made Chinese copies of John Raimondi’s work were on display in California The copier has been given a $640,000 copyright infringement charge.

Honolulu Museum of Art sues donor for nearly $1M for selling undocumented art (USA)
(10 August 2015; Pacific Business News)
Joel Alexander Greene of San Francisco apparently ‘failed to provide documents that clarify the origin of the art, as he promised’. More of this needs to happen.

U.S. Says Mobster Lied, Claiming Ignorance Of Museum Heist (USA)
(12 August 2015; Hartford Courant)
The feds say they believe Robert Gentile was lying when he said he knew nothing about the Gardner heist.

New York’s Hasted Kraeutler Gallery Closes Amid Accusations of Financial Misdeeds (USA)
(11 August 2015; ArtNet News)
One of the two partners is accused of financial misdeeds, which she denies.

Five years later, $550,000 gold bar stolen from Key West still in the wind (USA)
(12 August 2015; Keys Info Net)
The bar was stolen from a touch case in the Mel Fisher Maritime Museum which, obviously failed. The bar itself was salvaged from a wreck commercially and, thus, is already dubious.

Back of disputed painting lacks Nazi stamp, University of Oklahoma says (USA)
(14 August 2015; NewsOK)
The “Shepherdess Bringing in Sheep” saga: the Fred Jones Jr. Museum of Art says no stamp, others say it must have been removed.

Sigmar Polke Estate Ordered to Return Allegedly Stolen Painting (Germany)
(12 August 2015; ArtNet News)
Seems to be a case of the artist’s disorganisation. The artist reported the painting stolen but later acknowledged that maybe he DID sell it to the collector in this case. The collector gets to keep the paining.

The search for a family’s art treasures stolen by the Nazis (Germany)
(13 August 2015; The Irish Times)
An article by Simon Goodman about his new book talking about his grandfather’s Nazi-looted Rubens

An Taisce files lawsuit against National Gallery of Ireland (Ireland)
(10 August 2015; Art Media Agency)
The NGO An Taisce are claiming that all export licenses for art issued after 1985 are illegal.

Dutch boy steals Pompeii relic to pay for iPhone (Italy)
(11 August 2015; The Local)
The boy says he was going to sell it on eBay for an iPhone. Another tourist turned him in and he has been charged.

Picasso Paintings Put Spotlight on Art Theft, Disputed Ownership (Spain)
(12 August 2015; NBC News)
Return of La Coiffeuse from the US and seizure of Head of a Young Woman in Corsica.

Government extends Sekhemka export bar (UK)
(11 August 2015; Museums Journal)
More statue saga. The deadline for a public entity in the UK to buy the thing has been extended to 28 August and could go on to 29 March 2016.

Wigan photography club treasurer accused of forging picture to win competition (UK)
(13 August 2015; The Telegraph)
The photographer is accused of stealing the work of Carri Angel, editing it, and passing it off as his own.

Police hunt man after £100,000 panther sculpture stolen from art show (UK)
(14 August 2015; Evening Standard)
The 1925 piece by Francois Pompon was taken from the Masterpiece Art Fair held at the Royal Hospital in Chelsea.

Chandelier in First Minister’s official residence ‘may have been looted from Nazi Germany’ (UK)
(16 August 2015; The Herald)
Was it ‘”abandoned in one of the streets of Cleves”, in northern Germany, by English interior decorator Felix Harbord’? Or perhaps just flat out looted from Germany.

Court fight over Maori artefacts comes to an end (New Zealand)
(14 August 2015; The Northern Advocate)
The 9 taonga were found during stabilisation works and courts have determined that they can’t determine which Maori group claimant should have it.

How a Chinese librarian made $6 million in forged art over two years (China)
(10 August 2015; National Post)
More on Xiao Yuan’s theft and forgery at Guangzhou Academy of Fine Arts.

From Nataraja to Yogini Vrishanana, 13 antiques India did bring back (India)
(10 August 2015; The Indian Express)
Some numbers and case notes.

Accused in idol theft case held in capital city (India)
(12 August 2015; Kaumudi Online)
An arrest was made for the theft of an idol from the Anandavalleeswaram temple in Kollam.

Stolen panchaloha idol recovered from capital suburb (India)
(13 August 2015; The Hindu)
The 400-year-old idol of Lord Krishna stolen from Anandawalleshwaram Sri Mahadevar Temple in Kerala was recovered and police have made an arrest.

Eight ‘stolen’ ornaments found in hundi (India)
(13 August 2015; The Hindu)
Several ornaments that were reported stolen from the historical Sri Cheluvanarayana Swamy temple a few years ago were found returned in a donation box.

Gang trying to sell 500-yr-old Quran busted in Karnataka (India)
(13 August 2015; The Indian Express)
By law the people were meant to have informed the Archaeology Dept that they were in possession of the book. It is unclear where they got it.

Filmmaker in idol theft net (India)
(14 August 2015; The Telegraph)
More on V Sekar. Speculation that he entered the idol theft ring due to recent film failures.

Idol smuggling: Woman journo turns approver (India)
(15 August 2015; The Times of India)
The journalist that is accused of being in the idol smuggling ring along with filmmaker V Sekar has confessed and offered testimony against the others.

45,000 Temples Across TN Vulnerable to Theft (India)
(15 August 2015; The New Indian Express)
That number is more like how many temples are in TN, not which are likely targets.

Kundapur: Items worth Rs 70 lac stolen from temple, lack of security exposed (India)
(15 August 2015; Daijiworld)
Among the items stolen from the Saukuru Durgaparameshwari Temple was a gold idol. Lots of photos of the investigation.

South Korean monk gets six years in prison for stealing Japanese religious items (Japan)
(13 August 2015; The Japan Times)
They stole a statue and 360 volumes of Buddhist scripture from the Bairin temple in Tsusshima.

Police taunt Manchester United fans on Twitter after theft from football museum (UK)
(13 August 2015; Mirror)
The police made light of a scarf theft from the museum shop and everyone had a grump about it.