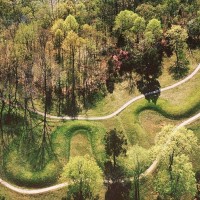 Hot this week: Confusion over antiquities ‘returned’ to Iraq

Back from Nepal so no further Culture Crime News delays for the time being. Please let me know if I have missed any topical stories in any language.

Art dealer’s ‘ambulance chasers’ Holocaust restitution jibe criticised (General)
(15 July 2015; The Jewish Chronicle)
I am sure no one is surprised that those comments aren’t playing well.

Missing ‘Vampire’ Director’s Skull: Why People Snatch Bodies (General)
(17 July 2015; Live Science)
There are a lot of reasons, only some of them ‘collecting’ related.

Inside the turbulent world of Barry Clifford, a pirate-ship hunter under attack (Madagascar)
(16 July 2015; The Washington Post)
Is Barry Clifford a looter or is he a “private-sector archaeologist” (…sure, and I am a private sector brain surgeon). Either way he claims UNESCO is out to get him.

Opinion: Return the Manitou Stone to its rightful owners (Canada)
(15 July 2015; Edmonton Journal)
The sacred meteorite was taken from First Nations in Alberta 150 years ago as part of forced conversion.

Congressional House Chairman Bishop Calls Native American Artifacts “Bull Crap – Not an Antiquity” (USA)
(13 July 2015; Native News Online)
Oh boy. This guy in charge of anything is a threat to heritage if I’ve ever seen one. For shame.

Man who transported stolen Wyeth paintings to be sentenced (USA)
(13 July 2015; Bangor Daily News)
The man pled guilty for transporting the 4 works from new Hampshire to California where they were sold to a pawn shop for $100k. A 5th Wyeth painting stolen from the same owner is still missing.

Ex-Harrisburg mayor accused of corruption (USA)
(14 July 2015; Pittsburgh Post-Gazette)
Stephen Reed is accused of diverting public money to buy thousands of artefacts for a museums that were not built and that he kept in his personal offices.

Serpent Mound vandal’s punishment: Research paper? (USA)
(15 July 2015; Cincinnati.com)
The man who took a joy ride over a burial mound at Serpent Mound will have to pay a fine and produce a research paper on the site’s history.

Filmmaker Joe Gibbons Gets a Year in Prison for a Robbery He Called Performance Art (USA)
(13 July 2015; The New York Times)
You can’t yell fire in a crowded theatre and call it art.

Art World Defends Bank Robber ‘Performer’ (USA)
(17 July 2015; Observer)
More on the performance art bank robberies of Joe Gibbons. He has been convicted for these thefts.

Why Baselitz could be the first of many artists to ‘bloodlet’ Germany’s museums (Germany)
(14 July 2015; DW)
Focused on the art market losing money over draft German legislation that essentially classes art and antiquities as culturally valuable over financially valuable. Let’s talk about its potential to clean up the illicit market.

Baselitz removes art from Dresden gallery (Germany)
(17 July 2015; DW)
Seemingly willful effort on the part of the art market to publicly misunderstand the purpose and focus of a new German law that would cut down on illicit antiquities trafficking.

The skull of famed horror film director is stolen (Germany)
(15 July 2015; The Washington Post)
This isn’t the first time that Nosferatu director F.W. Murnau’s tomb has been broken into.

Theft threatens the future of Britain’s historic churches (UK)
(9 July 2015; Apollo)
“The reality is that church buildings are inherently vulnerable.”

Elderly man, 73, left ‘devastated’ by theft of World War Two Jeep from Imperial War Museum, Duxford (UK)
(15 July 2015; Cambridge News)
The Jeep isn’t property of the museum but was parked there for an event when it was stolen.

Cheshire places of worship have almost 300 items stolen from them in three years (UK)
(16 July 2015; The Chester Chronicle)
Mostly lead is stolen from Chester’s churches, but so are musical instruments and religious artefacts.

Race to save priceless artefacts from the sunken HMS Victory after looters target its two nearest wrecks in the English Channel (UK)
(17 July 2015; The Daily Mail)
A warning from archaeologists that wrecks near the HMS Victory have been looted and she might be looted as well…

Sotheby’s sued over John Olsen artworks (Australia)
(15 July 2015; The Australian)
The auction house was explicitly told they did not have permission to publish 4 Olsen works and did anyway.

Cambodia Creates ‘Border Pass’ for Workers in Thailand (Cambodia)
(12 July 2015; Khmer Times)
Cultural diplomacy: an agreement to prevent antiquities trafficking at the border comes with an agreement for a ‘border pass’ for workers on each side.

Two stolen Panchaloha idols worth Rs 1 cr found (India)
(13 July 2015; Business Standard)
The idols, stolen from a temple at Anupanadi, were found lying on a road near Avanipuram after a series of police tip offs.

Ancient Idol of Lord Nataraja Stolen From Temple in Tamil Nadu (India)
(14 July 2015; NDTV)
The Nataraja was taken from the 1400-year-old Korukkai Veera Teswarar temple near Mayiladuthurai in Tamil Nadu

Germany to gift stolen durga idol back to PM Modi (India)
(14 July 2015; India Today)
The piece was sold by Subhash Kapoor. The latest in a string of Kapoor pieces to be returned.

Is BSU museum piece stolen art? (India)
(14 July 2015; The Star Press)
The idol of Shiva and Parvati in the David Owsley Museum of Art was bought 10 years ago from Subhash Kapoor. The museum anticipates they will be returning more Kapoor pieces.

भदौरा के महामाया मंदिर में चोरों का धावा (Mahamaya temple theft; India)
(18 July 2015; Naidunia)
A crown was taken off the idol at the Mahamaya temple in Bhadaura. A parasol and other items were taken as well.

‘Criminology tools can curb illicit trade in artefacts’ (Nepal)
(16 July 2015; The Himalayan)
An overview of a talk on the theft of sacred art that I gave in Kathmandu.

S. Korea to return stolen Buddha statue to Japan (South Korea)
(15 July 2015; The Asahi Shimbun)
An interesting result in a tough case. The statues are Korean but were stolen from Japan by Koreans. In other words South Korea is returning a Korean item to Japan.

Polonnaruwa museum is exposed to theft due to malfunction of main door (Sri Lanka)
(17 July 2015; Hiru News)
The museum’s automatic door is being held shut by a log. This is disturbing in light of other thefts from Sri Lanka’s museums.

U.S. delivers Iraqi antiquities seized in raid on Islamic State (Iraq)
(15 July 2015; Reuters)
Where the US Ambassador to Iraq says there has been no tangible evidence for IS selling antiquities.

Police arrest Jewish suspects in arson at `loaves and fishes’ church (Israel)
(12 July 2015; The Times of Israel)
Identities of those arrested have been kept secret but they are assumed to be right-wing extremists.

Thief returns stolen Roman ballista stones (Israel)
(13 July 2015; The Times of Israel)
They were left on the Beersheba museum’s doorstep with a note saying that the person stole them in 1995 and they brought nothing but trouble.

Turkish manuscripts returned from US (Turkey)
(14 July 2015; Hurriyet Daily News)
Utrecht University PhD student Hüseyin Şen discovered the two manuscripts which were stolen from the Yusuf Ağa Manuscript Library in the collection of the University of Pennsylvania while researching birdhouses for his wife.

US Law Firm Files Lawsuit to Return Armenian Property in Incirlik Turkey (Turkey)
(14 July 2015; Massis Post)
These are properties confiscated in 1915. The article also mentions that a case against the Getty for illuminated manuscript pages is in negotiations.

The lost Gerald Ford portrait: An art mystery (USA)
(15 July 2015; Yahoo News)
How did Gerald Ford end up in this family’s closet?