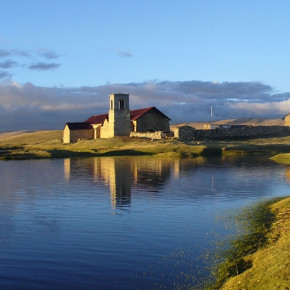 Hot this week: Returns to Italy

Could art forgeries be even better than the real thing? (General)
(25 May 2015; Maclean’s)
I suppose it depends on what you want.

Picasso Recovery in Newark Shines Light on Art Theft (General)
(25 May 2015; The Wall Street Journal)
A look at the private organisations involved in discouraging art theft

U.N. Resolves to Combat Plundering of Antiquities by ISIS (General)
(28 May 2015; The New York Times)
Another non-binding resolution that doesn’t address the problems with all the other non binding resolutions.

Selling Private Collection of Artifacts Requires Special Care (General)
(29 May 2015; The New York Times)
Including a lot of care about legality not mentioned in this article.

Egypt sues Israel to restore 126 smuggled artifacts (Egypt)
(24 May 2015; The Cairo Post)
Egypt alleges that Israel won’t give the smuggled artefacts back until Egypt reinstates an ambassador to Israel.

Suspects arrested in case of stolen Memphis statue (Egypt)
(26 May 2015; Ahram Online)
Several men were arrested for taking a statue out of an archaeological warehouse near Memphis.

Colorful fragment hacked out from ancient Egyptian tomb, excavators say (Egypt)
(26 May 2015; The Cairo Post)
There have been rumours that a piece of the relief from the tomb of Djehutyhotep was stolen and now they are confirmed.

Egypt to recover Mamluk vase (Egypt)
(27 May 2015; Ahram Online)
The vase was stolen from the National Museum of Egyptian Civilisation and found for sale at a London auction hall

Egypt foils attempt to smuggle 135 Islamic artifacts (Egypt)
(30 May 2015; The Cairo Post)
97 ceramic artifacts along with 38 wooden ones dating to the Muhammad Ali Dynasty were seized in containers along with wooden furniture headed to the US.

Argentine police arrest ‘meteorite thieves’ (Argentina)
(31 May 2015; BBC News)
The 200 pieces of meteorite were taken from the Chaco province and were found hidden under the seats of a truck.

Silverton Inn looted (Canada)
(26 May 2015; Nelson Star)
Historic items were taken from this inn during a period of closure.

Looted artefacts handed to archaeologists in Arequipa (Peru)
(26 May 2015; Peru This Week)
The regional superior court has returned a number of seized looted objects to archaeological authorities. They will go on public display in Cayma.

Junín: asaltan iglesia colonial del centro poblado de San Pedro (Peru)
(30 May 2015; RPP)
A Cuzco School painting was stolen out of the conquest-era church of San Pedro de Pari. The thieves only took the painting, not gold and silver items.

Nathan Bedford Forrest bust back in Alabama cemetery (USA)
(26 May 2015; AL.com)
The controversial statue of the confederate general was taken three years ago. The replacement is also causing controversy.

Missing Indiana University statue found, `badly damaged’ (USA)
(28 May 2015; Fox 59)
The statue of Eve was stolen and then found by a university employee in a parking lot.

BPL got security advice from cops, MFA in 2012 (USA)
(30 May 2015; Boston Herald)
In light of the theft at the Boston Public Library it seems all past actions are being scrutinised.

Gold coins also reported missing from Boston Public Library (USA)
(30 May 2015; The New Zealand Herald)
Apparently these gold coins have been missing for decades, however.

Hopis seek federal help to stop katsina auctions (France)
(27 May 2015; AZ Central)
Another auction of Hopi items in Paris approaches and leaders are calling for intervention.

A Dark Niche Emerges in German Market: Nazi Art (Germany)
(26 May 2015; The Wall Street Journal)
More on the recent raids that brought about the recovery of Nazi-era art.

25 Looted Artifacts Return to Italy (Italy)
(26 May 2015; The New York Times)
Reporting on the 25 artifacts from various raids and seizures to go back.

US finds Pompeii frescoes robbed in 1950s (Italy)
(26 May 2015; The Local)
The frescoes were found in the tycoon’s collection after he died.

Chichester artist has giant painting stolen in Italy (Italy)
(28 May 2015; Midhurst and Petworth Observer)
“The siege of Cosenza” was on display outside in Cosenza when it was taken.

Russia asks Britain to block auction of ‘stolen’ painting (Russia)
(30 May 2015; Reuters)
Russia says “Evening in Cairo” by Ivan Aivazovsky is stolen; Sotheby’s says something along the lines of ‘well it wasn’t in any database’.

‘Stolen’ Beothuk remains need to come home from Scotland, Mi’sel Joe says (UK)
(25 May 2015; CBC)
The remains of a husband and wife that were looted in 1829 and eventually ended up in the National Museum of Scotland are subject to an emotional repatriation call.

China makes mass arrests over stolen artefacts (China)
(27 May 2015; BBC News)
The people were looting Niuheliang, a Neolithic site, and 1,168 artefacts were recovered.

175 grave robbers arrested in biggest-ever tomb raid (China)
(27 May 2015; CCTV)
This article includes photos of some of the seized objects.

Chinese police arrest feng shui master and 174 others for looting antiquities (China)
(27 May 2015; The Art Newspaper)
Apparently the mass arrest included four archaeologist and one man who used feng shui to determine where to dig.

German Art Dealer Accused of Fraud in €55 Million China Academy of Art Design Deal (China)
(26 May 2015; ArtNet News)
The article notes that the allegations that the Bauhaus pieces weren’t as Bauhaus as portrayed comes from a random website.

Kapoor again: How an idol hunt was crowd-sourced (India)
(25 May 2015; Times of India)
How journalists and enthusiast can collect and share info to identify stolen cultural objects in foreign collections.

Kasargod: Two idols worth several lacs stolen in Chittarikal (India)
(28 May 2015; Daijiworld)
The two idols were the only thing taken from the Kunnungai Srikammadam Bhagavathi temple at Chittarikal.

Interpol on cops’ radar to find idols (India)
(30 May 2015; The Telegraph)
Local police say they are considering involving Interpol in the theft of six ancient idols from the Varahanatha temple complex.

Centre plans to legalise antiquities trade to stop smuggling (India)
(25 May 2015; Deccan Herald)
A very bad idea. This hasn’t gone through yet and appears to be coming from the Union Culture Minister.

India Looks To Create ‘Open Market’ For Antiquities, Critics Say It Will Encourage Looting (India)
(26 May 2015; International Business Times)
Count me among the critics who think this. This is nearly the worst thing India could possibly do.

Police recover 300 years old idol (India)
(29 May 2015; Business Standard)
12 members of a gang were arrested and an idol stolen from Kasiviswandh temple in April was recovered.

Mystery men hunt cultural past stolen by ISIL (Iraq, Syria)
(28 May 2015; The National)
The gendered language is a bit repulsive and I am not sure the faux mystery is helping anyone. I sincerely hope this was a reporter going overboard and not the researchers themselves.

Ancient items retrieved by Syrian authorities (Syria)
(26 May 2015; Xinhua)
Photos of the return of Christian items taken from Maaloula.

ISIS Executes 20 Men In Palmyra’s Ancient Amphitheater (Syria)
(27 May 2015; Reuters)
This report has not been independently confirmed at the time of writing.

Yemeni War Leads to Massive Destruction of Cultural Heritage (Yemen)
(27 May 2015; Hyperallergic)
Coalition air strikes and general breakdown of order have lead to the partial or complete destruction of heritage buildings.