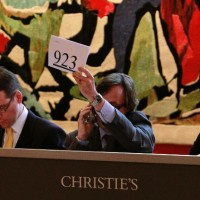 Hot this week: Boston Public Library theft not a theft after all.

Stolen art? Why no one can say for sure (General)
(2 June 2015; The Art Newspaper)
A piece on why it is nearly impossible to prove antiquities and art are clean, focusing on Art Loss Register certificates.

Calls to open looted-art archives grow louder (General)
(2 June 2015; The Art Newspaper)
Basically the auction houses want to be able to check if antiquities are hot but want to not have to report the hot art or tell on the customer who is trying to flog it. This is the opposite of transparency and I do wish they would stop misrepresenting the situation.

Archaeologists and criminologists are looking at ways to combat the illicit trade in antiquities (General)
(2 June 2015; History Today)
A short piece by me about our research at the University of Glasgow.

Attempt to smuggle Islamic artefacts foiled in Egypt’s Damietta (Egypt)
(31 May 2015; Ahram Online)
The objects were at Damietta port en route to the United States

Egypt recovers 32 smuggled artefacts from Switzerland (Egypt)
(1 June 2015; Ahram Online)
The objects were seized within the framework of a bilateral agreement between the two countries.

Two curators arrested in Egypt for forging antiquities (Egypt)
(2 June 2015; Ahram Online)
The curators with National Museum of Egyptian Civilisation (NMEC) are accused of taking real antiquities and putting fakes in their place.

Late period bronze artefacts are in GEM storage, not missing: Ministry (Egypt)
(6 June 2015; Ahram Online)
The Ministry of Antiquities denies rumours that artefacts have gone missing and provided photos of the pieces.

Trio held for gun stolen from police museum (South Africa)
(5 June 2015; News24)
Police responding to reports of a woman slaughtering stolen sheep, found two men from Lesotho in her house who were in possession of a firearm stolen from the Police Museum in Pretoria in 2009.

Valiosa imagen robada a iglesia de San Francisco apareció en museo de Yumbel (Chile)
(31 May 2015; Pura Noticia)
More on the recovery of the Quito School Angel. It belongs to the Museum of the Church of San Francisco but was located in a community museum in Yumbel. The director of the Yumbel museum is being investigated.

Apareció valiosa imagen del siglo XVIII robada a la Iglesia de San Francisco (Chile)
(31 May 2015; La Nación)
The Quito School angel was stolen in February and was found in the possession of the Casa Cano museum. The Museum director has been arrested.

Theft of Bolivar Oil Painting: A New Attack on Colombian Heritage (Colombia)
(1 June 2015; Prensa Latina)
The late 19th century painting was stolen from the city of Cartagena de Indias from the government headquarters there.

Boston’s Mayor Walsh Fears Other Valuables Also Missing from BPL (USA)
(2 June 2015; Nonprofit Quarterly)
In the wake of a high profile art theft, the is demanding an audit of the Library’s collections.

Ex-Chihuly employee charged with stealing $3 million in art (USA)
(2 June 2015; King5)
The theft was revealed when an art appraiser contacted Chuihuly about 3 pieces in 2014. They turned out to have been stolen by a former employee.

Federal agents comb records for disgraced dealer Subhash Kapoor’s sales and gifts (USA)
(2 June 2015; The Art Newspaper)
A good roundup of the Kapoor case and what is going on with it now.

York woman steals National Geographic “Afghan Girl” print from photographer, DA says (USA)
(2 June 2015; York Daily Record)
The manager of Steve McCurry’s print sales is accused of taking over $650K worth of items from the photographer, including a print of his most famous work.

Police looking to identify owner of suspected stolen brass artifacts (USA)
(5 June 2015; KEPRTV)
What appear to be Chinese Buddhist artefacts were turned over to Kennewick police who are now looking for the owner.

A rush to judge at the Boston Public Library (USA)
(6 June 2015; The Boston Globe)
Noting how quick everyone directed blame on the BPL for losing artworks that they had just misfiled.

Painting Stolen from Bushwick Gallery Turns Up on Roosevelt Island (USA)
(6 June 2015; Hyperallergic)
The painting by Don Pablo Pedro was taken from the English Kills Art Gallery in Bushwick and returned by kids who claims some random person gave it to them.

Bulgarian Police Seize Rare 5th Century BC Ancient Thracian Krater from Treasure Hunter (Bulgaria)
(29 May 2015; Archaeology in Bulgaria)
A man was arrested with the vessel in Susam, Haskovo District, after local police received a tip.

Ancient Roman City Ratiaria in Bulgaria’s Archar Assaulted by Brutal Treasure Hunters Yet Again (Bulgaria)
(31 May 2015; Archaeology in Bulgaria)
10 pits were dug by looters destroying parts of the residence of the Roman provincial governor and the fortress walls.

Isis-looted treasures seized en route to Russia (Finland)
(5 June 2015; YLE)
It has been shown that the headline for this article is false and there is no proof the piece has anything to do with ISIS or is even stolen.

Divers acquitted of stealing from shipwreck (Finland)
(6 June 2015; YLE)
The divers, who were accused of taking objects from a sunken ship near Porvoo, had their charges dismissed as the statue of limitations had run out.

Museum officials on hunt for lost Cranach (Germany)
(2 June 2015; The Art Newspaper)
The painting, Venus and Cupid the Honey Thief (1530) and was in Weimar’s state art collection, hung in Hitler’s breakfast room and was taken by a US soldier.

Jewish Heritage Group to Publish Photos of Nazi-Plundered Hungarian Torahs Stashed in Russia (Hungary)
(4 June 2015; The Algemeiner)
The group alleges that scrolls and other Judaica stolen from Hungarian Jewish families is being held in Russia

Chichester artist’s stolen painting is found in Italy (Italy)
(4 June 2015; Chinchester Observer)
The piece, taken from an outdoor display in Cosenza, was found in a shed. It is unclear who stole it.

Sotheby’s puts famous Russian painting on sale despite claims it was stolen (Russia)
(31 May 2015; RT)
This is despite a request coming from Russia’s Interpol office.

Sotheby’s Cancels Auction of Stolen Aivazovsky Painting (Russia)
(2 June 2015; Asbarez)
A quick about-face from the auction house. Apparently the withdrawal was ‘at the request of the consignor’ who, of course, is not identified.

Art: the new frontier in the fight against money laundering (Switzerland)
(1 June 2015; Swiss Info)
With prices so high for art and with transparency in the art world nonexistent, the potential for criminal financial behaviour is great.

Duke rejects £4.25 million claim over return of stolen da Vinci (UK)
(5 June 2015; The Telegraph)
The Duke of Buccleuch says he never agreed to pay a solicitor £4mil for the return of his stolen da Vinci

British Museum ‘guarding’ object looted from Syria (UK)
(5 June 2015; BBC News)
But they are being strangely secretive about it. Why?

Treasure Hunters Raid Soon-to-Be-Excavated Ancient Thracian Tumuli in Bulgaria’s Tatarevo (USA)
(5 June 2015; Archaeology in Bulgaria)
The assertions are based on photos taken at the site.

Idol thieves held from Varanasi (India)
(1 June 2015; The Times of India)
“The men have stolen idols from temples in Palghar district and Gujarat and sold them in Varanasi”

Kasargod: Police arrest two persons for precious idol theft (India)
(1 June 2015; Daijiworld)
The men stole the idols from Sri Bhagavathi temple in Kanhangad Kammadam on May 25, opened them looking for gold, then tried to sell them.

Kullu temples remain vulnerable to thefts (India)
(4 June 2015; Hindustan Times)
Even after the theft and return of Lord Raghunath, temples in the region have not listened to advice that CCTV should be installed.

For preventing theft Japan temple worships 3D printed Buddha (Japan)
(4 June 2015; EDers)
Between 2007 and 2009 there were 105 thefts of historic sculptures in Japan. The Seitaiji Temple has handed over a particularly important sculpture to a museum and replaced it with a 3D print for security reasons.

Indo-Scythian era: Silver rush eats away at 2,000-year-old city (Pakistan)
(2 June 2015; The Express Tribune)
The article alleges that institutional neglect has left the Indo-Scythian settlement in Haripur open to looting.

Museums band together to watch for looted Iraqi artifacts (Iraq)
(1 June 2015; Yahoo News)
ICOM releases their red list of Iraqi artefacts that are at risk of theft and trafficking.

UN unable to stop IS relic-smuggling from Iraq and Syria – See more at: http://www.middleeasteye.net/news/un-unable-stop-relic-smuggling-iraq-and-syria-2015625246#sthash.zfoS0VG0.dpuf (Syria)
(4 June 2015; Middle East Eye)
This quote from Eduard Planche says it: “The looting and destruction of heritage is part of the history of humanity

The world may be ignoring the destruction of cultural treasures in Yemen (Yemen)
(5 June 2015; The Washington Post)
With the massive focus on Iraq and Syria, Yemen (and other locations) are going unreported.