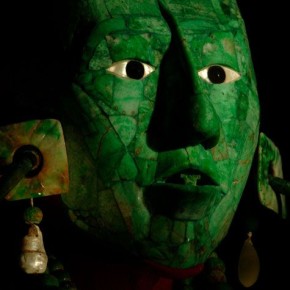 Denuncian saqueo de reliquias en Jáltipan (Looting of relics from Jáltipan denounced; Mexico)
(11 March 2015; Imagen del Golfo)
The archaeological site of El Amate, located on the property of a former mayor, has been looted. The site was being officially cleared for an equinox ceremony but then the cleared part was hit by looters.

The China Collectors: America’s Century-Long Hunt for Asian Art Treasures
(10 March 2015; China File)
After writing the definitive book on illicit antiquities in the 1970s, Karl E. Meyer is back and writing about Asian art collecting in the US. I just bought my copy.

Does a Connecticut shed hold the secrets of the Gardner heist?
(11 March 2015; Boston Globe)
I am going to go with…probably not.

After theft, Al Momaday artwork returned to family (USA)
(13 March 2015; Albuquerque Journal)
The 72 prints by the famous Kiowa artist were found in a condemned house that was a former meth lab. They are unsure when the prints were taken but it was likely when the artists son, Pulitzer Prize winning novelist N. Scott Momaday, moved to the area.

NY court revives suit over Nazi stolen art at Oklahoma Univ.
(15 March 2015; WHAS11)
Manhattan appeals court has directed a lower court judge to consider transferring this Nazi loot case to Oklahoma. The painting in question is a Pissarro which the claimants father owned but a Swiss court previously rejected her claim.

Last hope for return of looted treasures (Cyprus)
(15 March 2015; Cyprus Mail)
Fighting for the return of the mostly religious items smuggled by and found in the possession of dealer Aydin Dikman.

U.S. Tourists Arrested For Carving Their Names Into Rome’s Colosseum And Taking A Selfie
(8 March 2015; BuzzFeed)
The two women state that they didn’t think it was that serious. They were obviously wrong.

Poland, Russian Art Dealer Fight Over ‘Plundered’ Painting
(10 March 2015; Radio Free Europe)
Russian art dealer Aleksandr Khochinsky was arrested in his apartment in New York as a result of a Polish extradition request. Poland says that a painting in his possession was stolen by Russian forces during WWII. One issue is that Khochinsky believes that Poland owes him land that was abandoned by his mother’s family when she fled Poland and when the rest were killed in the Holocaust.

$5,200 or $5.2 Million? It’s All in How It’s Framed (UK)
(7 March 2015; New York Times)
Another potential case of an auction house not properly attributing a painting and thus preventing the seller from achieving a mega high/insane price for a painting, this time for a ‘Constable’ sold at Christie’s.

Spanish court blocks London auction of Columbus letter owned by the House of Alba
(11 March 2015; ArtDaily)
The block is because Spain says the letter, written by Columbus to his son Diego, was of national importance. Not a crime really, but an interesting blocking of cultural property from leaving the country.

RAF Wickenby memorial plaques stolen ‘for scrap’ (UK)
(11 March 2015; BBC News)
The theft is thought to have happened between 24 Feb and 10 March. If you have info about this or, perhaps, have photos of the memorial from between those dates, contact the police.

Vatican: Michelangelo letter drew ransom demand
(8 March 2015; BBC News)
A former Vatican employee has demanded 100k euro for the return of a letter written by Michelangelo which was found to be missing from the archives in 1997. This theft was not previously made public. The request was refused. Very odd.

Mystery Surrounds Offer to Sell Michelangelo Documents Stolen From the Vatican
(9 March 2015; New York Times)
Not much more on the Michelangelo theft case. Background not in the original article but no questions answered.

Four arrested, two stolen statues recovered (India)
(11 March 2015; Web India 123)
Two statues stolen from a temple in Modi Nagar on 22 February have been recovered and four suspects have been arrests. The had allegedly melted a stolen decorative canopy into a silver brick already.

Stolen idols recovered (India)
(12 March 2015; Times of India)
Four were arrested disposing a stolen 11th Century Panchaloha idol on a bridge after being suspected of trying to sell five idols. The idols were likely stolen from a temple in Mysore or Mandya.

Temple idols stolen in Chickballapur (India)
(13 March 2015; The Hindu)
Eleven panchaloha idols were taken from Papagni temple in Chikkaballpur. Three individuals took the 500-year-old statues after telling the priests that they were performing ‘puja’. These same idols were stolen in 1978 but recovered the next day.

150 साल पुरानी अष्टधातु की मूर्तियां चोरी (150-year-old Ashtdhatu statues stolen; India)
(14 March 2015; Amarujala)
The theft at the Nimbark Kot Temple, Vrindavan resulted in the loss of idols and several vessels. Concludes with a useful list of past temple thefts in the area.

Government in Hot Pursuit of Heritage Robbers (India)
(15 March 2015; The Sunday Standard)
A short overview of recent theft and return cases of sacred sculptures from India.

Opinion: Let them steal our artifacts—we do not deserve them
(12 March 2015; Asharq Al-Aswat)
Written by Abdulrahman Al-Rashed, general manager of Al-Arabiya. This is not a useful or fruitful way to think about this situation and it is coming from someone who has no expertise on the topic.

Heir and Museum Fight over Schindler’s List Documents (Israel)
(13 March 2015; NPQ)
A twist on the usual WW2 restitution case: Heir claims the documents were found and taken to Israel without permission from Schindler’s wife. The museum says Emilie Schindler never asked for the documents, however it seems she actually did try to take legal action in 1997 when she found out they existed.

Robot vs. Robot
(12 March 2015; The Atlantic)
“Can a computer forge a painting well enough that it fools the algorithms designed to detect fakes?”

Steve Cohen’s Modigliani and $75 Million Leonardo at Heart of Yves Bouvier Case
(13 March 2015; ArtNet News)
Too international to assign to one location. A court in Singapore has ordered a freeze on the assets of ‘freeport king’ Yves Bouvier and ordered him to hand over a Rothko. Also a collector is seeking criminal charges against Bouvier over price inflation of a Modigliani and a Leonardo.