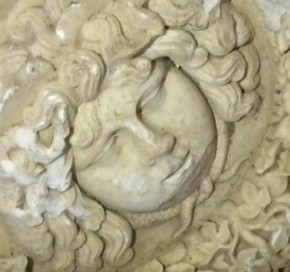 Head of Egypt museums arrested for taking bribe
(24 March 2015; Ahram Online)
Ahmed Sharaf, head of the museums section at the antiquities ministry has been arrested for allegedly taking a bribe from a Greek-Egyptian contractor working on the restoration of the bomb-damaged Museum of Islamic Art.

Egypt recovers smuggled artifacts from Germany
(24 March 2015; The Cairo Post)
Confused writing, it is unclear what objects this article is talking about. Your guess is probably better than mine.

Landmark African Art Exhibit Is Reassembled, but Mystery of Its Origin Remains (Nigeria)
(26 March 2015; Hyperallergic)
Now on show at the Met. The article title isn’t saying that the items are illicit, however they seem to have come out of Mali in or around 1972 making them, well, illicit.

Over 100 Artefacts Repatriated In 4 Years – Usman (Nigeria)
(27 March 2015; Leadership)
An interview with Mallam Yusuf Abdallah Usman, Nigeria’s director-general of the National Commission for Museums and Monuments.

Raiders of the lost bell (Canada)
(26 March 2015; Meridian Booster)
A historian for the Frog Lake First Nation has found evidence that a church bell in Saint-Boniface Manitoba was actually stolen from Our Lady of Good Counsel Mission at Frog Lake in 1885.

Bill in Congress Seeks to Rein in Trade by ISIS in Looted Antiquities (USA)
(24 March 2015; Observer)
Reintroduction with modifications of what was the “Protect and Preserve International Cultural Property Act”

Man at center of FBI artifacts raid dies (USA)
(26 March 2015; IndyStar)
Don Miller was 91. Last year he was found to have thousands of illicit antiquities from around the world in his home but hasn’t faced charges. No word on how the investigation is going.

Local artifacts stolen during a break-in at historic Trondhjem Church (USA)
(26 March 2015; News-Review)
The Old Trondhjem Church in Minnesota was broken into and historic records and photographs, including WWI letters, were stolen.

UPDATE: Stolen items from historic Trondhjem Church are recovered (USA)
(27 March 2015; News-Review)
The items were found in a ditch.

El Greco Masterpiece Stolen By The Nazis Returned To Rightful Owners (Austria)
(24 March 2015; Artlyst)
Portrait of a Gentleman is being restituted to the heirs of Julius Priester, a Viennese industrialist.

How we won the Austrian art war
(26 March 2015; The Jewish Chronicle)
Commentary on the difficulties faced in getting WWII restitution art from Austria

Foreigner among suspects arrested by Bulgaria over trafficking archaeological artefacts
(24 March 2015; The Sofia Globe)
The man is a permanent Bulgarian resident and is among a group of people facing charges. 19 Roman stone items were seized, along with 9000 coins and dies for producing fake ancient coins.

German Authorities Criticised For Bureaucratic “Bullying” Over Gurlitt Nazi Restitution Case
(24 March 2015; Artlyst)
Gurlitt’s cousin is apparently about to leak documents about the restitution process and has criticised what he sees as bureaucratic delays coming from German authorities

Why Italy should sell the 5,000 antiquities recovered by the police
(25 March 2015; The Art Newspaper)
This article is flawed. Putting aside the fact that the author doesn’t seem to realise that these items were seized in 2003, they were stolen from the Italian people and Italy has no right to sell them, even on public’s behalf. Furthermore, pushing looted antiquities onto the market just encourages the market.

Italy recovers lost Picasso from retired frame maker
(27 March 2015; Reuters)
Violin and Bottle of Bass by Picasso was seized from a frame maker who says a client gave him the painting 40 years ago and that he didn’t know it was a Picasso until recently. Also in this story, some roman marble sculptures were recovered in a separate case.

Stolen 16th century tapestry returned to Huesca (Spain)
(26 March 2015; Spanish News Today)
La Virgen y El Niño was stolen from the cathedral of Roda de Isábena in 1979. It was recovered in Houston in 2012.

More Than $1 Million of Timepieces Stolen From Geneva Watchmaker
(26 March 2015; Swiss Info)
The 26 watches were taken from the museum of watchmaker Montres DeWitt SA on March 22. This was most of the museum collection.

Museum raids: Man admits role in thefts across England
(23 March 2015; BBC News)
One of the men on trial for theft of Asian artefacts from 12 UK museums has admitted he was involved.

Gang of eleven deny stealing high value museum artefacts, including from the Fitzwilliam Museum in Cambridge (UK)
(23 March 2015; Wisbech Standard)
Of course the rest of the 11 suspects deny their involvement in the museum thefts.

Bones of Scot set for reburial after grave robbery (UK)
(25 March 2015; The Scotsman)
The 200-year-old burial of Stephen Williamson was robbed at Kilrenny Church, Fife sometime between 1 and 8 March. His skull appears to have been taken.

UK can’t find cash to save looted antiquities
(27 March 2015; The Times)
Unsurprising. To be fair, it wasn’t clear what this cash would do anyway. Sure wasn’t going to go to fund protection research…

Tate seeks rethink over ‘looted’ Constable seascape
(27 March 2015; BBC News)
Beaching A Boat, Brighton, was thought to have been looted from Hungary during WWII and return was recommended. Without details it seems like the Tate is claiming they have new evidence that it shouldn’t be restituted.

‘Rebel’ museums face funding blacklist (UK)
(27 March 2015; BBC News)
10 major UK funding bodies have announced that they will not work with museums that violate the advice of the Museums Association, in particular with regard to deaccessioning.

Detecting trouble: The treasure hunters digging up our heritage (UK)
(28 March 2015; Kent News)
A discussion of nighthawking in the UK

Motunui panels returned to Taranaki (New Zealand)
(20 March 2015; Stuff.co.nz)
These Maori store house panels, famously part of collector George Ortiz’ raising a ransom for his kidnapped daughter auction, have been returned to their rightful owners. Sadly this was only after New Zealand bought them from Ortiz’ kids.

Interview: Cambodia shares successful story on repatriation of stolen antiquities
(28 March 2015; Xinhuanet)
A discussion with Phay Siphan, spokesman for the Office of the Council of Ministers, who has represented Cambodia in artefact return cases.

Authority launches campaign to retrieve lost Buddha (China)
(24 March 2015; Ecns)
China’s State Administration of Cultural Heritage is on the mummy-in-a-statue case. The collector says that he got the statue/monk from a friend in 1994 and shipped it from Hong Kong to Amsterdam in 1995, the year it was reportedly stolen. However the Da Tian Museum in Fujian has photos of the stolen statue and say they match.

Q. and A.: Karl E. Meyer and Shareen Blair Brysac on ‘The China Collectors’
(26 March 2015; Sinosphere)
I have this book on my table, it is my weekend read. I am excited to see Karl Meyer back on antiquities trafficking.

Dutch Collector Willing to Return “Mummy Buddha” (China)
(27 March 2015; CRIEnglish)
…if someone proves it to him that it was actually stolen from a Chinese temple and as long as it doesn’t go into a state museum.

ASI experts to inspect sandstone sculpture seized in Canada (India)
(24 March 2015; Business Standard)
An sculpture which resembles those from Khajaraho was seized with no documentation in Canada in 2011 but such a piece has not been reported stolen in India. The ASI is heading over to check the piece out and file a report probably in advance of a claim.

Arrested on theft charge (India)
(25 March 2015; The Hindu)
Four have been arrested for stealing a copper crown from a temple tower at Periya Kadai.

ISIS ‘selling’ stolen Iraqi artifacts to Europe buyers: Iraqi Deputy Minister
(25 March 2015; Daily Sabah)
Included because the allegations come from Qais Hussein Rashid. No specifics or proof were offered in this short piece so don’t read it as fact.

UN vows to step up Iraq heritage protection
(28 March 2015; Yahoo News)
Apparently that ‘stepping up’ is a social media campaign that isn’t even targeted at those doing the destruction or the communities affected by it. I am unconvinced.

Man arrested for attempting to loot antiquities from northern underground cave (Israel)
(26 March 2015; The Jerusalem Post)
The looting was allegedly happening near Afula in the Jezreel Valley and it seems he may have hit a storage unit of some kind. The man has been arrested for looting before.

Crucial piece of England’s highest mountain pinched… and we want it back! (UK)
(25 March 2015; Cumbria Crack)
The last inch of Scafell PIke was removed to be part of an art exhibition by Ecuadorian artist Oscar Santillan. Not everyone is pleased.

Florida man admits he was trying to sell guns he thought belonged to Saddam Hussein
(25 March 2015; The Washington Post)
If they really are his guns, they would be considered stolen and smuggled, totally the property of Iraq. The seller could face up to 5 years in prison and a $250k fine.