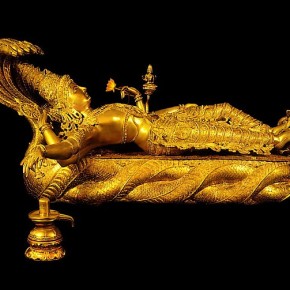 Hot this week: UN bans that that sound great but aren’t likely to do much.

Sold to the Highest Bidder: Antiquities as Cash Cows
(4 February 2015; Bible History Daily)
A discussion of deaccessioning with the Treasure of Harageh and the Sekhemka case as examples. Some quotes from yours truly.

Tomb raiders and the profits of doom
(6 February 2015; The World Today)
A piece by Sam Hardy and Sasan Aghlani

Antiquities of Egypt’s Arish Nat’l Museum safe – Min.
(1 February 2015; Kuwait News Agency)
Despite recent militant attacks and damage to the building, the artefacts in the Arish National Museum, Sinai, are safe and in stores.

Belize City man beats charge over jade
(5 February 2015; Breaking Belize News)
Although this man was found with an unlicensed Maya jade mask on his person, he was acquitted of illicit antiquities charges because he was not formally asked if he had a license for them (although he didn’t have one).

Frustran intento de robo de acta matrimonial del hijo de Martí para sacarla de Cuba (Attempted theft of the marriage certificate of the son of Martí to remove it from Cuba thwarted)
(6 February 2015; Cafe Fuerte)
A Dutch tourist was caught trying to smuggle the marriage certificate of the son of the Cuban hero out of the country in what seems to be a case of international trafficking of historical documents.

Entregan pinturas interpretativas de obras robadas en Antigua (Interpretive paintings of stolen paintings arrive in Antigua; Guatemala)
(6 February 2015; Prensa Libre)
A year after the tragic theft of 18th century paintings by Tomás de Merlo from a Guatemalan church, modern artists have provided replacements. They are not copies, but are personal interpretations of the themes.

Ofrecen ‘arqueología’ online (Archaeology’ offered online; Mexico)
(2 February 2015; AM)
It shouldn’t come as a surprise to anyone that Mexican artefacts are being illegally sold online.

Robo de piezas arqueológicas, una realidad imparable (Robbery of archaeological pieces, an unstoppable reality; Mexico)
(7 February 2015; La Verdad De Yucatan)
This is a rather angry article that gets several facts wrong. The situation isn’t great in Mexico but take this with a very large grain of salt.

Quechan Tribe seeks missing doll
(2 February 2015; Yuma Sun)
The doll was taken from a display in the tribe’s cultural center within its casino. It is a modern doll but of cultural significance to the tribe.

Police discover valuable Momaday art in condemned apartment (USA)
(5 February 2015; Albuquerque Journal)
The 72 valuable prints by Momaday, a Kiowa artist, may be stolen, say police, because of the apartment is a former meth lab.

The juice bottle that brought down an art thief (USA)
(6 February 2015; BoingBoing)
The thief who stole and returned Dalí’s Cartel de Don Juan Tenorio was caught after he was finger printed stealing juice from a supermarket.

Italian police seize stolen artefacts, private museum
(4 February 2015; Reuters)
“Operation Artemis” started after part of a fresco was stolen from House of Neptune, at Pompeii. Police found 550 objects in a house and three people were arrested.

HMS Victory recovery engulfed in controversy as Labour MP accuses key players of ‘scam’
(3 February 2015; The Independent)
The vessel was ‘gifted’ to some sort of charity set up by a conservative peer and is employing Odyssey Marine of totally looting of other shipwrecks fame. MP Kevan Jones has called Odyssey Marine a scam. Professionals have criticised the undertaking.

British museums linked to Sicilian ‘loot dealer’
(8 February 2015; The Sunday Times)
The Becchina connection to UK museums shouldn’t be a surprise to anyone reading this.

The palace of shame that makes China angry
(2 February 2015; BBC News)
Did you know that one of the soldiers that looted China with Lord Elgin Jr. brought back a Pekinese dog, named it “Looty” and gave it to Queen Victoria? Seriously folks.

Govt will ensure protection of artefacts in museums: SC (India)
(3 February 2015; Z News)
I would hope so! Also, what about the temples?

4 temple thefts in 2 months see locals angry, cops helpless (India)
(5 February 2015; Goacom)
That is in North Goa alone. Locals feel this is hurting religious practice. No arrests have been made.

Curious case of stolen shivlings (India)
(5 February 2015; The Times of India)
There has been a spate of shivaling thefts in Agra, but some were later found dumped in various places.

Two more held for stealing idols in Odisha (India)
(6 February 2015; Odisha Sun Times)
This is for the theft of Radha and Krishna idols from Radhakrishna temple in Odisha’s Rayagada town in 2013. The men were caught trying to sell the idols.

Kaimur temple artefacts stolen (India)
(7 February 2015; The Times of India)
Three artefacts were stolen from the Mundeshwari temple in Kaimur District: the oldest Hindu temple in Bihar. The thieves took a tikuli made of silver, two eyes of a goddess idol, and a silver canopy. A famous Shivalina was stolen from the temple a few years ago but was returned.

Mummified monk is ‘not dead’ and in rare meditative state, says expert (Mongolia)
(2 February 2015; The Siberian Times)
Ignore the title. Police have announced that the mummified monk was stolen from a cave in Kobdsk, trafficked to Ulaanbaatar, and there were plans to take him across the border to sell on the black market.

7 held with ancient Buddha statue (Nepal)
(6 February 2015; eKantipur)
The statue is thought to be around 300 year old and police think they meant to smuggle the piece into India via Nepalgunj. Police say they are organised idol smugglers.

Tomb raiders arrested in Ashkelon National Park for looting, damaging ancient site
(1 February 2015; Jerusalem Post)
The three men were stopped at a Byzantine-era tomb with digging equipment and a metal detector. They said they were searching for worms.

Authorities seize ancient Hebrew book written on deer skin
(3 February 2015; BGN News)
The 17 page book was seized at the Öncüpınar border gate by Turkish police who found it on a Syrian National

U.N. sets sights on Syria antiquities, Islamic State oil, ransoms
(6 February 2015; Reuters)
The UN moves to ban all trade in antiquities from Syria while a) ignoring the rest of the world and b) not specifying how they will determine an antiquity is Syrian.

Antiquities forgery makes for not-so-divine comedy at Sundance festival
(2 February 2015; The Art Newspaper)
A not so glowing review of “Don Verdean”.