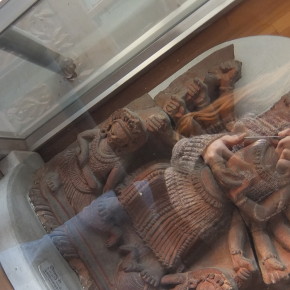 Times Higher Education has done a feature on me for part of their Research at the Edge series.

Check out Cultural guardian confronts the looters by Chris Havergal.

Well this pretty much sums me up:

“The places I tend to work are very poor, where people are in difficult situations based on their race, religion or systematic inequality,” says Yates. “I see the illicit trade in antiquities as being evidence of this inequality and as maintaining it.

“It’s a situation in which extremely rich and wealthy white people take complete advantage of people who can’t fight back, and then blame them for it. I see it as double victimisation – these people are not only having their property taken from them, they are having their ability to construct their own identities taken from them by people who have all this power, who don’t even consider it to be a problem.”