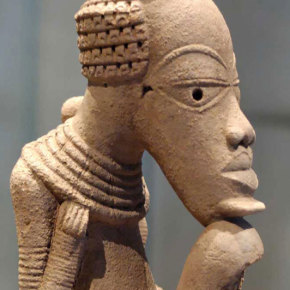 Hot this week: Oh my gosh the British Museum has gone completely mental.

Note: I will be in Nepal for the rest of December. Culture Crime News might take a break during that time.

I am pleased to announce a new website. Please have a look at Stolen Gods for news about the theft, destruction, and preservation of sacred art from around the world. Also follow @StolenGods on twitter for the same.

UNESCO chief calls for ‘protected cultural zones’ in war-torn Iraq, Syria
(4 December 2014; UN News Agency)
Yes, because criminal and terror groups pay bunches of attention to that kind of stuff. This feel like the equivalent of “We will write an angry letter to them”. I would be happy to be proved wrong.

Antiquities seized in Rusaifa (Jordan)
(2 December 2014; Petra)
A house was raided and antiquities and a metal detector were seized after the government received info that a man had these objects and was preparing to sell them.

Thief jailed over damage to €10m Monet painting
(5 December 2014; Herald)
Man “who was jailed for four and a half years for damaging a €10m painting is also the chief suspect for robbing a massive haul of artwork and rare books which were discovered in his west Dublin home in April.”

Half of Pongpat’s seized art ‘fake’ (Thailand)
(3 December 2014; Bangkok Post)
Half of the 20k or so antiquities found in the home of former Central Investigation Bureau chief Pogpat Chayapan could be fake. Most of the antiquities are religious items, some from neighboring countries.

Toilet-pit digging leads to gold-rush (India)
(2 December 2014; Bangalore Mirror)
Men digging a toilet pit chanced upon a cache of around 50 gold coins. They tried to sell them to a pawnbroker who called the police.

Indian gold rush extends
(4 December 2014; Hard Assets)
The number of seized coins in the above case grows into the hundreds.

Sudan National Museum hit by half million dollar tree theft
(5 December 2014; Asharq Al-Aswat)
The sandalwood tree was cut down and stolen from the museum grounds.

Statue of fighting lions removed from Tripoli park for safekeeping (Libya)
(2 December 2014; Libya Herald)
The statue was removed after a spate of statue thefts for its own protection

Ancient Maori heads returning from US
(1 December 2014; NZ City)
107 Maori and Moriori skeletal remains, 35 tattooed heads and 2 tattooed thigh skins which were in the possession of the American Museum of Natural History are being returned to New Zealand. Honestly, I am pretty shocked that the museum didn’t return them a decade ago. Let it be said here that I believe that any museum or individual who possesses toi moko should be publicly shamed. It is, literally, someone’s grandfather’s head. There is NO excuse for still having them.

Rare medal stolen from museum
(3 December 2014; Stuff.co.nz)
The medal was awarded to chief Hoani Paraone Tunuiarangi by Queen Victoria when he visited England. The thief took it from a glass display case.

Beware of Greeks bearing lawyers
(2 December 2014; The Australian)
A focus on Neil MacGregor’s visit to the National Gallery of Australia and the Parthenon Marbles case.

Elgin marbles are not political pawns
(6 December 2014; The Scotsman)
By Tiffany Jenkins. Worth noting here that even many commentators who are against the return of the marbles think the loan to the Hermitage is a poor show by the British Museum.

Mother Goddess auction: Christie’s halts sale of ‘stolen’ $1m Bronze Age pagan icon after Sardinia campaigns for its return
(2 December 2014; Independent)
Christies has agreed to halt the sale of the statuette…which seems to be the one that Christos Tsirogiannis identified as having come from Medici. So, you know, unsure why the Independent put ‘stolen’ in quotes since it is proper stolen.

Drunk German Soccer Fans Steal Emil Nolde Painting Worth Millions
(1 December 2014; Artnet News)
The two students broke into the Germanischen Nationalmuseum in Nuremberg while drunk after the World Cup final. The painting had a silent alarm which was tripped when they pulled it off the wall.

Cazatesoros en el Archivo de Indias (Treasurehunters of the Spanish Main)
(4 December 2014; Diario de Sevilla)
Spain is upping their monitoring of historic shipwrecks which have been heavily looted. There have been a lot of successful recoveries of stolen objects.

Fingen estar por casarse para robar una iglesia (Pretending to want to get married to rob a church; Argentina).
(1 December 2014; Crítica)
A couple pretended to be interested in getting married at Nuestra Señora de Luján in Lomas de Zamora. They then locked the priest in the bathroom and stole silver and clothing from the church.

Advierten posible saqueo arqueológico en la Riviera Maya (Averting possible archaeological looting in the Maya area; Mexico)
(7 December 2014; Novedades)
The line between tourist and researcher is unclear and the sacred caves of the Maya region may be being looted by false ‘researchers’ with no permits.

Museums bring objects closer to home
(4 December 2014; SIT News)
A large collection of native Alaskan objects were anonymously returned and are now heading back to the communities they were taken from.

Hawaiian Palace Launches Worldwide Search for Lost Artifacts
(4 December 2014; NBC News)
The Friends of Iolani Palace are searching for various items tied to the Hawaiian royal family based on old photos. They have had some successes.

Picasso artwork stolen from Art Miami fair
(6 December 2014; Miami Herald)
The piece is a silver plate. No video or witnesses to theft.

Belfast man to face trial over rhino horns theft plot
(2 December 2014; The Belfast Telegraph)
He is one of 13 people charged with a spate of rhino horn thefts from museums and auction houses.

Stolen dinosaur skull can be returned to Mongolia: U.S. court
(2 December 2014; Reuters)
The skull was smuggled into New York this year along with forged documents that said the company had a right to sell it. Obviously, they didn’t.

Mystery as 100 brains go missing from the University of Texas
(3 December 2014; The Independent)
Where are the brains?!