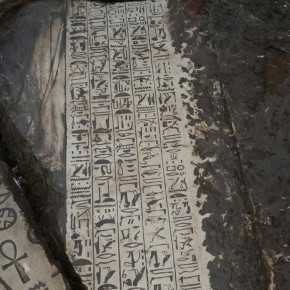 Archaeological Institute of America St. Louis Society selling Meosamerican antiquities at auction
(27 October 2014, Property of an Anonymous Swiss Collector)
They are at it again, this time selling Mesoamerican pieces.

Archaeological Society in St. Louis Places Ancient Artifacts on the Auction Block
(28 October 2014, Popular Archaeology)
A much better article than my own on the topic.

No Turkish loans for Seljuk show in New York
(20 October 2014, Hurriyet Daily News)
The MET is having an exhibition on the Seljuks, a medieval Islamic empire. Turkey will not lend objects to them until disputes over contested antiquities are resolved.

Looters raid Jordanian crypts in search of gold, jewels and artifacts
(30 October 2014, Washington Post)
With quotes from the amazing Morag Kersel. This isn’t just an Iraq and Syria problem.

How the West buys ‘conflict antiquities’ from Iraq and Syria (and funds terror)
(27 October 2014, Reuters)
A rare voice of reason in all this. I trust analysis from Dr Sam Hardy on this topic (and most others).

2,300-year-old necklace stolen in Hokkaido
(27 October 2014, Asia One)
The amber Zokujomon piece was taken from the Hoshi no Furu Sato Hyakunen Kinenkan museum and had been excavated at Takisato.

11 arrested for tomb-raiding and selling women’s corpses for ‘ghost marriage’ rituals (China)
(30 October 2014, South China Morning Post)
Okay, this one is a bit weird. I’m including it. Some reports say these men were booked for antiquities theft/tomb robbing but then they admitted what they were actually doing was digging up corpses to sell for ghost marriages…

Opinion: It’s Time to Stop Profiting from the Killing Fields (Cambodia)
(1 November 2014, ArtNet News)
The trade in Cambodian antiquities is tied to the Khmer Rouge.

Pakistan hopes Italy will return ‘stolen’ artifacts
(29 October 2014, Daily Times)
The Pakistan embassy is already in touch with Italian authorities over the return of the pieces from Mehrgarh.

Ekeko kehrt heim (Ekeko returns home; Switzerland)
(30 October 2014, Der Bund)
The Bernische Historische Museum has returned the famous Ekeko figurine to Bolivia following a Bolivian government request made in May of 2013. Supposedly the figure was bought by naturalist Johann Jakob von Tschudi in 1858 for a bottle of cognac…

2 looted, mutilated Maya monuments for sale online
(27 October 2014, Property of an Anonymous Swiss Collector)
A moan about sawn up Maya sculptures on the market.

Roban imagen de “San Judas” (Statue of ‘Saint Jude’ robbed; Mexico)
(29 October 2014, El Heraldo)
The statue was taken from an eponymous church in Villahermosa, Tabasco. Street vendors at a festival say that the statue was still there until 1am, but in the early hours of 28 Oct it was found to be stolen.

INAH denuncia exploraciones sin permisos en Campeche (INAH denounces explorations without permission in Campeche; Mexico)
(28 October 2014, Informador)
Accusations that tourists are entering the caves of Xtacumbilxunan without permission and maybe looting the site with the authorities not doing much about it.

The Caracol Comeback (Belize)
(27 October 2014, 7 News)
The amazing archaeological site of Caracol has just reopened a month after the violent murder of a site guard allegedly by plant poachers.

Quirky Matisse exhibit rekindles art mystery in Venezuela
(29 October 2014, GMA News)
We don’t know who stole this thing or how, but there is certainly intrigue.

16th-century Hebrew Bible goes missing in Monsey (US)
(31 October 2014, Lohud)
Really, buying anything on eBay is a mess.

Giza men arrested after digging up ancient temple under house (Egypt)
(29 October 2014, Ahram)
Seven people were arrested after they illegally excavated under their home and found a temple built by Thutmose III. “The police also found diving costumes, oxygen cylinders and diving masks with the detainees.”

Egypt: 950 Looted Artifacts Retrieved in Minya Museum
(31 October 2014, All Africa)
This is quite good news coming from the Mallawi Museum.

Ethiopia advocate Ras Seymour Mclean passes away
(29 October 2013, The Voice)
“A well-known advocate for the return of priceless Ethiopian relics and hundreds of books and manuscripts of Ethiopian history, has passed away”

Angry Seller Accuses Sotheby’s of Misattributing Caravaggio (UK)
(27 October 2014, ArtNet)
It was bought for peanuts the attributed to a follower of Caravaggio and sold at auction, now the buyer and some others say it is a real Caravaggio. The seller is suing Sotheby’s saying they didn’t do enough to discover it was real. Sotheby’s says it isn’t real. I don’t think it matters either way, the man didn’t have to take Sotheby’s word.

Meet the metal detectorists saving marriages (UK)
(30 October 2014, BBC News)
It is MOSTLY poking around for ancient stuff without an archaeological background but not ALWAYS.

New Trove of Nazi Looted Artworks Found in German Museum
(28 October 2014, ArtNet)
The Badische Landesmuseum in Karlsruhe says that it has 7 Nazi-looted pieces: 6 paintings, 1 Gothic sculpture. The pieces were found in an audit.

Museum Turns Nazi-Looted Painting To Wall To Raise Money For Restitution (Germany)
(30 October 2014, The Jewish Week)
The Wiesbaden Museum needs $118,000 to buy the painting from its rightful heir.

Gardai hunt art thieves who stole paintings worth €200k (Ireland)
(29 October 2014, Independent)
Taken from a private home, the guardi think the thieves knew the art was inside.

Past masters … in the art of the heist (Ireland)
(2 November 2014, Independent)
More on the previous, also a look at art theft in general.

Security too costly for National Museum of Ireland
(1 November 2014, Irish Times)
There is a lot of reporting on the museum’s financial issues. Cutting security for a museum filled with gold is pretty dire.

Pompeii artefact returned fifty years after it went missing by the honeymooning woman who stole it
(31 October 2014, The Telegraph)
It is never too late to do the right thing. Incidental theft for tourist souvenirs is terribly destructive to archaeological sites.

Jewish leader warns Swiss museum not to take gift of Nazi-looted art
(2 November 2014, The Times of Israel)
Ron Lauder says the Gurlitt hoard will cause an avalanche of issues for Bern’s Museum of Fine Arts.

Neues Kulturgüterschutzgesetz tritt am 1. Januar 2015 in Kraft (New heritage laws take effect on 1 Jan. 2015, Switzerland)
(29 October 2014, Govt News Agency)
Switzerland has had a bad rep for a long time (ahem, the title of this blog), but they know it and seem to be trying to change that.

Why would someone steal the world’s rarest water lily? (UK)
(28 October 2014, The Guardian)
Plant obsession turned criminal. You all know I harp on about this.

Don’t go away: Oasis canvas painting stolen from Manchester art gallery in daylight raid
(28 October 2014, Mirror)
Oh, what a tragedy. Well, I guess this shows that someone out there must like Oasis.