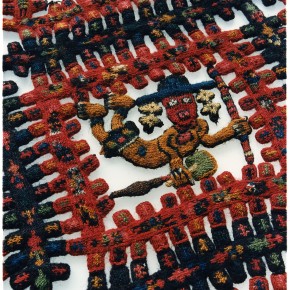 Hot this week: Everyone freaks out at Petrie-excavated object for sale.

Faking the Past: when archaeologists commit fraud
(2 October 2014, Anonymous Swiss Collector)
A look at three cases of archaeologists manufacturing and/or planting artefacts at their site. Scotland, Japan, Spain.

Auction of Ancient Egyptian Relics Averted
(3 October 2014, ABC News)
Putting this in general because so very trans-national. This sale of legal items excavated by Petrie freaked everyone out because it was an archaeological organization selling them. They aren’t looted or trafficked. The MET ended up buying them so they stayed in a public collection.

Bonhams Pulls Antique Head from Auction Over Greek Loot Claims
(3 October 2014, Artnet News)
Of course this bit of Becchina loot was in the same auction with a clearly false provenance, yet it is getting a lot less press than legal, archaeologically excavated objects. Archaeologists, I love you, I am one of you, but if you are getting grumpy over the (relatively) minor in the face of the major. There is far more severe academic involvement in the antiquities trade, even the illicit antiquities trade, than one totally legal sale. If you want to see the Polaroids of this head seized from Becchina, check out http://art-crime.blogspot.co.uk/2014/10/dr-christos-tsirogiannis-provides-three.html

Police Say Special Constable Conorquie Was Executed (Belize)
(26 September 2014, News 5)
One of many articles on this topic. Officer Danny Conorquie was shot in broad daylight in front of tourists at the archaeological site of Caracol. Initial reports indicate that the killers were Guatemalans who had been poaching a particular plant at the site. To me this is a HUGE story. One that I encourage all of you to look up and read about.

Abandoning El Pilar Due To Security Concerns (Belize)
(1 October 2014, 7 News)
Tour guides, who are now on strike in Belize, say that this other border archaeological site is being overrun with looters and poachers. They say it is too dangerous to go there how things are.

Roban más de 300 piezas arqueológicas en cinco años (More than 300 archaeological pieces robbed in 5 years; Bolivia)
(30 September 2014, Página Siete)
I am not sure I agree with their numbers (how on earth would they compute them?) but this article highlights archaeological looting near Cochabamba.

Ancient textiles returned from Sweden on display for limited time (Peru)
(1 October 2014, Peru this Week)
More of these will come back over the next few years as they are stabilized in Sweden (Sweden did not take good care of them). I imagine they will also go on display more often once they are re-stabilized in Peru.

Italy Returns Pieces Belonging to Ecuador’s Cultural Heritage
(1 October 2014, Telesur)
Let us not forget that Italy is a market country AND a source country.

Former museum director accused of stealing more than $30,000 (US)
(30 September 2014, Billings Gazette)
Former director of the Yellowstone County Museum has entered a not guilty plea on a felony theft charge.

Bronze statue on display at Toledo Museum of Art being returned to Government of India (US)
(2 October 2014, The Blade)
More Subash Kapoor loot.

Arrest warrant issued for suspected art thief (Cyprus)
(2 October 2014, Cyprus Mail)
Police are looking for Russian national Sergei Tyulenev in connection with the theft of a Degas. Two Cypriots have already been remanded.

Greek Man Arrested for Illegal Possession of Ancient Coins
(30 September 2014, Greek Reporter)
The man mostly had metal items and he is being charged with antiquities smuggling. He also had quite a few firearms.

Delivery driver from Grays admits to using metal detector to steal Roman coin (UK)
(1 October 2014, Basildon Recorder)
Yep, yoinked it from the ground at the stunning site of Castle Acre, obviously without permission.

Wedgwood Collection saved for the nation by £2.74m of public donations (UK)
(3 October 2014, The Guardian)
What do you all think about art bought via public donation? Have any of you ever donated to such an appeal?

Isis publicly executes leading lawyer and human rights activist in Iraq
(25 September 2014, Independent)
Samira Saliha al-Nuaimi was killed because, among other things, she criticised the destruction of Iraqi heritage sites on facebook.

Israeli war destroyed Gaza antiquities (Palestine)
(3 October 2014, Al Monitor)
…which were in a private collection so, of course, who would know to save them (even if that was an option)?

Looted treasures or hidden assets (Israel)
(29 September 2014, Jerusalem Post)
A look at the artwork that ended up in Israel post Holocaust.

Rashad Bukhash has made a point to preserve UAE history
(30 September 2014, The National)
A campaign to develop better laws to preserve and protect UAE artefacts.

Thousands of archaeological sites in KP yet to be registered (Pakistan)
(29 September 2014, Dawn)
Only about 100 sites in Khyber Pakhtunkhwa are registered yet this interesting and turbulent region is both filled with sites and susceptible to looting.

Stolen temple idols recovered in Uttar Pradesh
(2 October 2014, India Today)
Recovered by the police and will be returned to the temple in Sanket Village. A 6 member gang stole them and planned to smuggle them out of the country.

Imelda Marcos artworks seized by Philippines authorities
(30 September 2014, BBC News)
Claims made that they were acquired with stolen money.

No paintings recovered in Marcos museum raid
(4 October 2014, Phil Star)
This report says that no paintings were actually seized in the museum raid.

UN conference calls for return of Indigenous remains (Australia)
(1 October 2014, SBS)
Apparently Sweden is quite obliging but France is a real jerk about it.