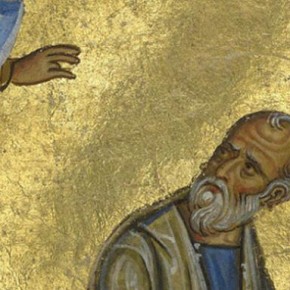 Hot this week: We’re still all talking about Indian idols.

Key stolen in Wellington museum heist
(12 September 2014, 3 News)
A gold key and a pounamu were stolen from Wellington’s lovely Museum of City and Sea. Museum theft is always a tragedy but is all the more terrible when it happens at a museum that I like so much!

NGA’s retiring director Ron Radford glad stolen statue returned to India
(9 September 2014, The Age)
It would be a bit rich if he wasn’t glad about this.

Retiring NGA director Ron Radford sets Shiva scandal against gallery’s positive achievements
(12 September 2014, The Sydney Morning Herald)
But this is what he will be remembered for.

Two held with ancient Buddha idol (Nepal)
(7 September 2014, The Himalayan)
The article says that this was part of an ‘organised racket’, and the suspects were trying to sell the piece when they were caught by police.

Destroyed in war, van Gogh’s ‘Sunflowers’ is set to bloom again (Japan)
(11 September 2014, The Asahi Shimbun)
The Otsuka Museum of Art has more than 1000 art replicas and now they are moving to replicating art that has been lost or stolen.

Experts calls for return of looted relics (China)
(12 September 2013, ECNS)
Coverage of the 4th International Conference of Experts on the Return of Cultural Property in Dunhuang, Cansu province.

Bismillah’s sons say missing shehnai was stolen (India)
(11 September 2014, The Free Press Journal)
Is it in a museum? Was it stolen? What is going on?

Ancient idol stolen from Bhilwara (India)
(10 September 2014, Business Standard)
An idol of Lord Krishna stolen from a temple in Rajastan the same week that the Shiva was returned from Australia. This is clearly a problem that is not solved.

Return of Ardhanareeswara sculpture gladdens residents (India)
(7 September 2014, The Hindu)
Some word that returned sculptures might go back to their original locations, or near them.

CAG says norms violated (India)
(8 September 2014, The Asian Age)
A report ‘has found that standard system of purchase and acquisition of antiquities was not followed by the Indian Museum Kolkata’.

20-year battle brought back Nataraja in 1991 (India)
(12 September 2014, The Times of India)
This was not the first idol to be looted and not the first to be returned. Here is another case.

Stolen idols brought from Oz to reach city on Thursday
(11 September 2014, The Times of India)

Stolen idols back from Australia but far from public view
(12 September 2014, The Times of India)

Cabinet approves law to protect UAE artefacts
(7 September 2014, The National)
It is good to see an increased awareness of the need to protect artefacts in the Gulf.

Miami Is a Hub for Stolen Art and Artifacts
(11 September 2014, New Times)
Not really a surprise but a nice short overview of the types of things that have passed through Miami.

Bill Aims To Create Arctic Port on Bering Sea Coast
(10 September 2014, Alaska Public Media)
I don’t have time to fully wade into this one but this land transfer bill is said to protect cultural artifacts that are now vulnerable to looting.

UK campaigners request Egyptian help to restore ancient statue to public view
(7 September 2014, Ahram Online)
The Sekhemka saga continues but I am not sure what they think Egypt can do about this.

Egyptian embassy tries to prevent auction of 2,300-year-old coffin lid in Cambridgeshire
(12 September 2014, Independent)
You all know that I saw this one coming.

‘Stolen’ Egyptian coffin lid sold for 12K British pounds in UK auction
(13 September 2014, The Cairo Post)
And, of course, any move to prevent the sale was unsuccessful. I ask again, why did people at the Fitz authenticate this thing?

Last ditch plea to save Lindisfarne treasure hoard for the North East
(12 September 2014, The Journal)
A further £3300 is needed or this hoard, found by detectorists, shall be sold off.

Chester Cathedral: Priceless art stolen and replaced with plastic angel
(8 September 2014, Chester Chronicle)
A Christmas tree ornament was left behind when someone stole an 18th century painting of Lazarus.

£2.74m appeal to save Wedgwood Collection being broken up (UK)
(1 September 2014, Telegraph)
Not really crime, but some are calling it a ‘tragedy’.

Top libraries urged to identify owners of looted Jewish books (UK)
(13 September 2014, The Times, Paywall)
Paintings usually make the news but some of the UK’s top libraries might have other cultural property taken from families during WWII.

Agreement on Klimt portrait of Gertrude Loew (Austria)
(10 September 2014, The Local)
The Klimt Foundation has agreed that this portrait should be restituted to a heir, but its past is convoluted and interesting. It will go to the son of the woman in the portrait, but, weirdly, it had ended up in the hands of a Nazi propaganda filmmaker who just happened to be Klimt’s illegitimate son.

Nations Called Lax in Returning Art Looted From Jews
(10 Septmber 2014, The New York Times)
Italy is called out as “one of the countries doing the least to research or identify items that may [have] been looted from Jews during World War II”.

Return of Byzantine Manuscript to Mount Athos
(11 September 2014, Greek Reporter)
After being stolen from the Dionysiou Monastery in 1960 and entering the Getty Museum collection in 1983, this manuscript is now back in Greece.

Bail extension for 24 arrested over rhino horn theft
(12 September 2014, ITV News)
The 20 men, 2 women, and 2 teens were arrested for robbing six UK museums and auction houses over a 4-month period.

Why Archeologists Hate Indiana Jones
(9 September 2014, The Last Word on Nothing)
The looter we hate to love and love to hate.

City of Alamogordo votes to auction off 800 Atari cartridges
(12 September 2014, Ars Technica)
An interesting take on partage, 800 of the excavated Atari cartridges will go on sale on eBay (under antiquities? probably not) and 500 will go to museums.

Searching for Haunted Fabergé Eggs in NYC’s Metropolitan Museum Art
(10 September 2014, Digital Journal)
For the fun of it…