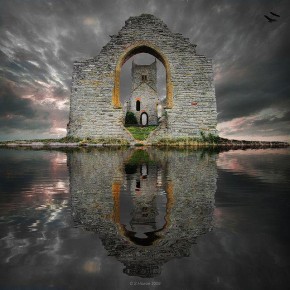 Hot this week: The US Secretary of State steps in.

Five ancient Chinese wooden buddhas home after war
(25 September 2014, ECNS)
They were removed during WWII and are being returned, seemingly unprompted, by a Thai collector.

Three stolen bronze idols in US may return to India soon, says historian
(25 September 2014, Times of India)
It is looking like more Kapoor loot will go back.

As I explained before I am limiting the links I include about Iraq and Syria as I think the majority of articles repeat questionable info and are written by people who have no idea what they are talking about. I think encouraging such shoddy reporting is dangerous to people and dangerous to heritage sites. That said, I would like to include information that is useful and relevant. If you have seen a story from that area that is relevant and informative and if I have not included it here, please let me know.

United Nations urged to ban trade of Syrian antiquities
(25 September 2014, Los Angeles Times)
This would be a repeat of the 2003 UN Security Council deal on Iraq. I am not sure what good that resolution did to dry up the market for Iraqi objects and it sure as heck isn’t protecting Iraqi objects right now.

US Secretary of State denounces IS’s destruction of heritage in Syria and Iraq
(23 September 2014, The Art Newspaper)
Not the biggest fan of the backdrop but I guess it is effective to some.

Survivor Recounts Iraqi Prison Massacre
(25 September 2014, IWPR)
Why is this here? The survivor was in Badush prison in Nineveh province serving a 5 year sentence for antiquities smuggling. This is all pretty horrifying.

Six arrested in Elafonisos over antiquities, firearms and explosives (Greece)
(24 September 2014, Ekathimerini)
Arrested on Elafonisos. The antiquities look like the kind of stuff you’d come across just kicking around the island but these sound like scary folks.

Art Dealer Guy Wildenstein Caught Up In €600 Million Tax Evasion Case (France)
(18 September 2014, ArtNet News)
The president is New York based but the tax evasion case is going on in France.

Head of Florence’s museums under investigation
(25 September 2014, The Art Newspaper)
She is accused of tendering fraud for insuring artwork being shipped abroad.

Spain refuses to return painting looted by Nazis
(25 September 2014, The Local)
Seems Spain is known for not playing ball regarding WWII restitution. This is about a Pissarro.

A Sting in the Desert (USA)
(21 September 2014, Los Angeles Times)
A long read about the complicated case of a family of looters in the Four Corners region.

Accused Smuggler Can Chase Claim for Artifacts (USA)
(22 September 2014, Courthouse News Service)
Smuggler claims that the US cannot prove the objects’ Peruvian origin or their age thus cannot prove that they are subject to the Peru/US cultural property MOU.

Grant Wood sketchbook returns to US museum after 1960s theft; will be digitized
(26 September 2014, Comox Valley Echo)
An impressive return after quite a long time. There is a little but of sale history post theft.

The Secret Life of Max Stern (Canada)
(October 2014, The Walrus)
A longread about the Canadian art dealer Max Stern and what he lost during WWII.

Stolen aboriginal mask returned to Alert Bay owner (Canada)
(26 September 2014, The Vancouver Sun)
The piece was recovered from a local collector quite quickly.

Save the Dinosaurs
(27 September 2014, Slate)
A profile of Oyungerel Tsedevdamba, Mongolia’s minister of culture, sports and tourism, focusing on her efforts to curb fossil trafficking.

Man ‘tried to smuggle 51 turtles in his trousers’ while crossing US-Canada border
(26 September 2014, Independent)
Obviously there are jokes to be made but turtle trafficking is a thing.

Man Accused Of Stealing Brain Tissue Appears In Court
(25 September 2014, WBIW)
David Charles stole human tissue from various museums and sold it on eBay. He has been charged with 2 counts of burglary and with theft.