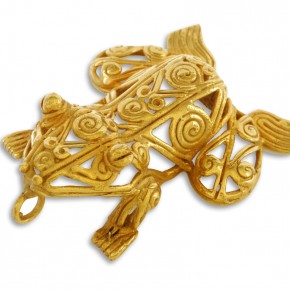 Hot this week: I focused on nothing by the Scottish referendum, to be honest.

Egypt recovers stolen fragments of Cheops pyramid
(17 September 2014, Al-Arabiya)
This is from those German pseudoscience people. I still want to know how they were in there in the first place.

Key to Wellington returned after theft (New Zealand)
(17 September 2014, The New Zealand Herald)
Hooray! I really do like this museum and I am happy to see this return.

This law will ensure that the UAE’s past has a future
(15 September 2014, The National)
Support for a law that would start to address protection of UAE sites and artefacts.

Ancient Vishnu idol stolen from Bhilwara (India)
(15 September 2014, Hindustan Times)
The statue is missing from Dhandhola village and was separated from its upper torso. This exact same idol was stolen in 2000 but recovered 11 months later.

Idols’ Trail Leads US Team to TN (India)
(21 September 2014, The New Indian Express)
This is part of ongoing investigations into the Subhas Kapoor smuggling case.

Rs 10 crore worth artefacts smuggled in as clay objects? (India)
(20 September 2014, The Times of India)
The individual, presented here as a respected dealer, was trying to bring Indian object TO (?) Switzerland from India by wrongly declaring them.

Chicago officials investigate human bones sent to Japanese consulate
(18 September 2014, Reuters)
The skulls etc were sent with a letter saying these were WW2 soldier remains. Probably they are trophies taken by a US soldier.

142 volumes of rare Chinese books stolen from Cornell library (USA)
(19 September 2014, The Ithaca Voice)
They were taken from 15 cases over an unknown period of time.

Stolen WW1 medals return to Quarry Bank Mill after 36 years (UK)
(16 September 2014, BBC News)
They are believed to have been in private collections since the theft in 1978.

St Albans man held over wartime firearms find
(17 September 2014, BBC News)
The man is suspected of having stolen them from a nearby POW camp and other protected heritage sites.

Metal detectors object to digs by Mackenzie Crook about ‘dysfunctional’ hobby in BBC4’s ‘Detectorists’
(17 September 2014, Independent)
Oh, dear…I really feel for them. Perhaps I want to watch this show after all.

Did a 2,000-year-old archaeological artefact go home in a Dundee youngster’s pocket?
(15 September 2014, The Courier)
The littlest artefact theft. Parents, teach your kids not to pocket artefacts.

The Shifting Identity of Paris’s Biennale des Antiquaires
(15 September 2014, T Magazine)
In a world where buyers won’t visit galleries but insist on seeing antiquities before buying, enter the rise of the fair.

American tourists caught with Pompeii relic
(16 September 2014, The Local)
The pair had a 30 kg architectural piece stashed in their luggage which they had stolen from the site.

Vienna’s Jewish Museum returns painting seized by Nazis to heirs
(20 September 2014, DNA)
The work by Jehudo Epstein was given to the Jewish Museum in 2010 and the museum’s own provenance inquiry resulted in the return to heirs.

Stolen icon rescued from Swiss auction (Cyprus)
(18 September 2014, Cyprus Mail)
The 16th century piece is from the Christ Antifonitis church and was probably looted just after the Turkish invasion in 1974.