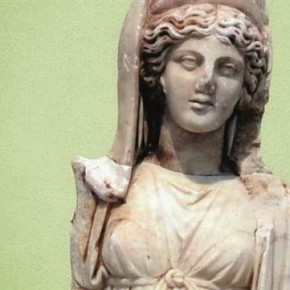 Hot this week: Well, was the Amphipolis tomb looted or not?

Why eBay Is an Art Forger’s Paradise
(19 August 2014, The Daily Beast)
We all likely know this already.

Purveyors prey on pieces of the pious in growing market for human remains
(24 August 2014, Sydney Morning Herald)
The actual remains of saints and other holy figures are hot on the international market.

A British Aristocrat and the Benin Kingdom (Nigeria)
(23 August 2014, This Day Live)
A general-ish piece on looting and restitution with a Nigeria focus.

El misterio de un oculto centro polítioco maya (The mystery of a lost Maya political centre, Mexico)
(23 August 2014, El Universal)
Still doesn’t say, specifically, that these newly-discovered Maya sites are looted (but, trust me, they must be), but notes that the presence of archaeologists discourages looting.

Pirate museum can’t be salvaged in Hyannis
(19 August 2014, Cape Cod Times)
Another chapter in the ongoing saga of the pirate ship Whydah. Barry Clifford says to open the for-profit museum he would have had to put artefacts up as collateral. Although he privately owns these items, he says he feels that artefacts should not be sold and says putting them up risks that happening.

Greenwich art collector claims he was sold forgeries (US)
(24 August 2014, CT Post)
Former client accuses Robert Fishko of the Forum Gallery, Manhatten, of selling him a fake Renoir and a fake Rodin.

An American Tribe Wants a German Museum to Return Native American Scalps
(18 August 2014, Smithsonian)
The Sault Ste. Marie Chippewa have asked the Kary Kay Museum in Radebuel to stop displaying 4 human scalps and to return the lot of 17 scalps for burial. However, under German Museums Association guidelines, Native American scalps are listed as “exceptions to human remains acquired in a context of injustice”.

Iraqi Artist Bassim Al-Shaker’s Phoenix Studio Ransacked (US)
(19 August 2014, ArtNet News)
Al-Shaker is Iraqi with refugee status in the US who paints acclaimed images of Iraqi life. The Arizona State University Museum of Art estimates that the stolen works are worth about $50,000.

Byzantium king tomb turning into garbage dump
(23 August 2014, Hurriyet Daily News)
The 4th century Silivrikapı Crypt. This is the sort of neglect that leads to looting. Apparently the municipality put up doors to the crypt to stop ‘looters’, (I am guessing they mean trespassers although the site was looted in 1993), but doors were removed that day.

Yemen: 2500 precious manuscripts smuggled into Israel in past five decades
(21 August 2014, Yemen Post)
The allegation is that there are specialized crime rings that focus on trafficking manuscripts out of Yemen.

How to Steal a Museum (Uzbekistan)
(22 August 2014, TOL)
Going over quite a few scandals in Uzbek art theft, including all that craziness in Geneva recently. The article notes that the problem is bad enough that the government even says that there is a problem.

Carved sphinxes at Ancient Amphipolis tomb will not be removed (Greece)
(19 August 2014, Ekathimerini)
Everyone is watching this dig! What will they find? The article is here because it indicates that there is some evidence that the tomb has already been looted, but says that the nature of that evidence hasn’t been released.

Ancient Amphipolis tomb unlikely to have been looted, says lead archaeologist
(22 August 2014, Ekathimerini)
But on the other hand, this. I’m told, though, that this type of tomb is usually breached from the back, not the entrance.

Stolen Orkney Italian chapel plaques to be replaced (Scotland)
(20 August 2014, The Scotsman)
Everyone here in Scotland was super sad about this theft. This chapel has an amazing story and the plaques, made by an Italian former POW who was housed on Orkney, are treasures. They have now narrowed the window of when the theft occurred and plaques to replace the ones taken, at the very least, will be sourced.

Dutch museum holds on to disputed Crimean gold for time being
(21 August 2014, The Art Newspaper)
Previous reports stated that the Scythian gold that was on loan to the Allard Pierson Museum when things fell apart in Crimea would go to Crimea (so…Russia). Now it seems they are just sitting tight until some ‘qualified judge or arbitrator’, whoever that might be, or an agreement between Russia and Ukraine comes about.

North Korea’s Grave Robbing Problem
(22 August 2014, The Diplomat)
Allegations of large-scale looting of ancient tombs in North Korea made by a defector. The Defector says the items from the tombs are sold to the Chinese. This isn’t surprising, but who knows: clearly it is hard to independently confirm things like this. A rare glimpse into what might be going on in North Korea.

European man’s remains found in ancient Chinese tomb
(17 August 2014, ZNews)
Yes, calling this skull in a 1400-year-old tomb is jumping the gun a little. The part that is interesting is that although the tomb was located in the 1980s, looting at the site earlier this year forced archaeologists’ hand with regard to excavation.

Ancient idol stolen from Bhairavi Temple (Nepal)
(18 August 2014, EKantipur)
The thieves took advantage of a planned power cut to take the idol, crown, ornaments, and donation box from the Bhairavi Temple near Nuwakot Palace. The article notes that the temple is only 60m from the Nepal Army’s security station.

Buddhists lead attempt to find Burma’s lost bell
(24 August 2014, The Scotsman)
Some people say it doesn’t even exist, but the story goes that this sacred bell was stolen by the Portuguese and it was so big that it caused their boat to sink in the river.

Minerals stolen from Cloncurry museum (Australia)
(21 August 2014, Sydney Morning Herald)
There have been quite a few cases of mineral theft lately. I wonder if this sort of thing is people supplementing their own home collections.

Meteorites stolen from Utrecht museum
(20 August 2014, NL Times)
It seems that the buglers were robbing the museum safe and just kind of took the meteorite too.

Stolen Meteorite Found at a Tennis Court
(22 August 2014, Universe Today)
There we go. No suspects caught though.

Protected Site Of Ancient Dinosaur Tracks To Be Unveiled In Utah
(22 August 2014, Huffington Post)
In here because the location of this discovery was kept secret because of looting fears. Note at the end they are excited that 3D imaging has been done…because the tracks very well could end up damaged.