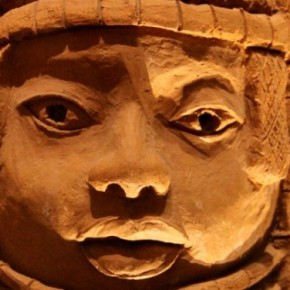 Hot this week: My research team featured in National Geographic!

New Evidence Ties Illegal Antiquities Trade to Terrorism, Violent Crime
(13 June 2014, National Geographic)
My project, Trafficking Culture, profiled in National Geographic. A long piece which is obviously wonderful because I and all of my colleagues are in it! Quite a focus on Cambodia. Also a link to an open access British Journal of Criminology piece focused on our project’s work. Obviously a shameless plug.

7 Greatest Art Heists in Kenyan History
(14 June 2014, Too late for worms)
I am sick and tired of Euro-centric art crime news. Sit back for a moment and read about some major Kenyan art crime.

Twelve ancient Egyptian artefacts recovered in London after court win
(11 June 2014, Ahram Online)
These stolen pieces were smuggled out post 2011 and had been put up for sale at Christies and Bonhams. So much for extensive auction house provenance research, huh?

Appeals Court Rules Mask of Ka-Nefer-Nefer Will Stay at St. Louis Art Museum Because Government Missed Deadlines
(12 June 2014, Art Law Report)
This is rather bad. After all of the fight over this piece, the US Govt fails to file. At least the article ends with a warning against buying antiquities anyway.

Egypt files lawsuit against France, Hungary to restore 5 artifacts
(15 June 2014, Egyptian State Information Service)
Egypt is seeking the return of a number of recently-smuggled ancient pieces found to be on sale or in museums in Europe. Again, so much for auction house and museum provenance research.

Benin palace, NCMM differ on return of artefacts (Nigeria)
(11 June 2014, The Guardian)
More on the apparent dispute about the particulars of a return of Benin cultural property stolen by British Soldiers at the end of the 19th century. Mostly formality issues but this highlights an interesting aspect of return after a long time away: who do you return to and on what terms?

Benins set to celebrate return of stolen Artefacts (Nigeria)
(12 June 2014, The Nigerian Observer)
More on the return of the Benin bronze objects from the UK with less of a focus on the apparent fight between the Benin monarchy and the state museum service.

The bone collectors: a brutal chapter in Australia’s past
(14 June 2014, The Guardian)
What should be done with the remains of the Indigenous Australians ‘collected’ for museums and ‘science’?

Authorities seize archeological pieces stolen by terrorists (Syria)
(9 June 2014, Syrian Radio & TV)
I think throwing around words like ‘terrorists’ is dangerous and counter productive: it is a way of getting out of actually investigating all sorts of criminal activity, including cultural property trafficking. I cringe. Anyhow, eight 2nd century pieces seized in Palmyra.

Illicit antiquities trade threatens Yemen’s rich heritage
(12 June 2014, Yemen Times)
Eight arrests of antiquities smugglers in Sana’a’s airport in just the first quarter of this year? I am hearing more and more about Yemeni antiquities smuggling. This piece is a longer read, but worth reading.

Cluster of Ancient Tombs Found in East China
(14 June 2014, NDTV)
Over 100 Han dynasty tombs were found under a drained body of water. However, about two dozen of them had already been looted.

Ancient bronze vessel returning home (China)
(14 June 2014, Xinhua)
This vessel was being sold at Christies until a group of Chinese collectors bought it before the sale with the intent of returning it to the Chinese museum that actually houses the vessel’s lid. Part of a controversial trend of paying outright for the return of cultural objects, a luxury that only some countries have and which is not sustainable on any sort of large scale.

Mystery art thief ‘plundered’ rare works for years (Ireland)
(8 June 2014, Independent)
All Hallows College, Dublin has been hit by an unknown art thief who has stolen 15 prints and 7 books at the very least. The College says that is the extent of the theft, however the newspaper has seen evidence that the scale was greater. They say more than 70 books and 12 etchings are gone as well as plenty of plates.

Pompei, turista straniero tenta di rubare un mosaico (Pompeii: Foreign tourist tries to steal a mosaic)
(5 June 2014, News.it)
When stopped by site guards as he was trying to take part of a mosaic (and after trying to run away), the tourist said he just wanted a little souvenir. He was arrested.

Matisse painting in Gurlitt hoard was Nazi loot, researchers find
(11 June 2014, The Art Newspaper)
It was only a matter of time before some of this paintings were found to be from forced sales and seizures. This one came from Paris-based dealer Paul Rosenberg.

Shitty Museum Doesn’t Even Have A Mona Lisa
(9 June  2014, The Onion)
Hard-hitting news outlet The Onion takes on the Museum of Fine Arts, Boston, for their lack of a Mona Lisa. Not what I usually critisize them for, but why not! “Look, when I go to a museum I want to see that soup can painting, the sculpture of the thinking guy, and the Mona Lisa.”

Stopping the Million-Dollar Fossil Thieves: Illegal Trade Meets World of Insatiable Research
(11 June 2014, The Daily Beast)
You all know I am very interested in the illicit trade in fossils. This article discusses the professional split of opinion in palaeontology over the market in fossils. “The market isn’t mature enough to know whether privately collected fossils will ever resurface”