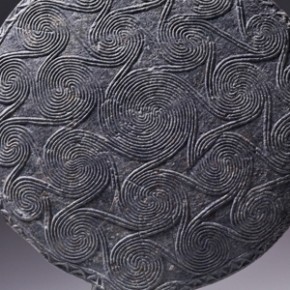 Russia sentences secret agents over theft of Gutenberg Bible
(6 June 2014, BBC News)
Former FSB agent sentenced to 3 years in a penal colony for stealing and trying to sell a Gutenberg bible from the Moscow State Museum. A page was cut out of the book so that its authenticity could be checked by a potential buyer.

Dali sculpture snatched from Paris museum
(2 June 2014, The Local)
Dali sculpture of melting clocks stolen on place du Tertre. The theft of a second piece on rue Poulbot was thwarted by a tourist.

Angels and paintings vandalised at Tintagel Parish Church (UK)
(4 June 2014, Cornish Guardian)
The hands of two medieval carved wooden angels have been hacked off and other pieces damaged in what seems to be just senseless vandalism at this historic church.

Nigeria: Benin Monarch, NCMM Disagree Over Reception for Returning Antiquities
(5 June 2014, All Africa)
The great-grandson of one of the British soldiers who raided the monarch’s palace at Benin in 1897 is meant to be returning some antiquities this month however there is now an indication that the National Commission for Monuments and Museums and the Oba of Benin are at odds over exactly who will receive these items and where. The Oba plans to receive the items formally then turn them over to the museum. The museum, apparently, is trying to cut out that middle step.

German couple will return Egyptian artefact after learning it was stolen
(4 June 2014, Ahram Online)
A German couple who were found to be in possession of a relief stolen from the wall of 13th dynasty king Sobekhotep’s tomb has agreed to return it to Egypt.

Vandals destroy prehistoric rock art in Libya’s lawless Sahara
(3 June 2014, Reuters)
Rock art on the Tadrart Acacus mountain, some up to 14K years old, have been defaced by graffiti. Locals say vandalism started around 2009 and accelerated since the civil war.

Sweden Returns Ancient Andean Textiles to Peru
(5 June 2014, New York Times)
Four of a collection of 89 Paracas textiles looted from mummy bundles will be returning to Peru this month. It has been a long time coming for this collection.

Neo-Nazi group loses bid to inherit $250K coin collection (Canada)
(6 June 2014, CBC News)
A Canadian ancient coin collector willed his collection to a US-based white supremacist group but a judge has ruled in favour of a claim made by the man’s sister. It is, apparently, against Canadian public policy to leave money to hate groups.

Sorry, Italy, the ‘Getty Bronze’ belongs in L.A
(2 June 2014, The Los Angeles Times)
The Times editorial board offers their opinion about where the Victorious Youth should stay.

Italian court’s ruling on ‘Getty Bronze’ is delayed until Thursday
(4 June 2014, The Los Angeles Times)
This will never end it seems.

Man sentenced to four years for theft of historic gold box from Oakland Museum (US)
(4 June 2014, Oakland Tribune)
Four years in federal prison for a man who knowingly received and sold a jewelry box stolen from the Oakland Museum last year. The box is made of California gold and was made during the gold rush era. Man sold the box, valued at  $265,000, for $1,500 then tried to blackmail the receiver for $10,000 more.

Nazi Art-Looting Case May Proceed, Court Rules (US)
(7 June 2014, The New York Times)
This case concerns a Cranach (the elder) in the Norton Simon Museum.

Helly Nahmad Sued for Hiding $20 Million Nazi-Looted Modigliani (US)
(5 June 2014, ArtNet News)
Close on the heels of pleading guilty for fronting a gambling ring, the NYC-based dealer is accused of hiding ‘Seated Man with a Cane’ via an offshore entity owned by his father, which is being claimed by the heir of an art dealer who fled Paris during the Nazi invasion. Physically, the piece seems to be in the Geneva free port.

No, Helly Nahmad Is Not Hiding a $20 Million Nazi-Looted Modigliani (US)
(6 June 2014, ArtNet News)
And  quick response by Nahmad’s lawyer.

India expects Australia to return ancient statues soon
(4 June 2014, The Hindu)
I do too. The formal request has been made for the Shiva to be repatriated.

Traditional Heritage House in Sana’a plundered as Yemeni heritage comes under increasing threat
(5 June 2014, Yemen Times)
The Traditional Heritage House museum in Sana’a was robbed last month; silver items and traditional clothes were taken. The directors of the museum indicate that they feel the governments hands are full with other crises and thus they cannot safeguard Yemen’s heritage at the moment. The museum was closed since the 2011 uprising.

Theft of historical and cultural heritages under investigation (Mongolia)
(5 June 2014, UB Post)
An understandably angry short piece on the looting of Mongolia’s cultural heritage with two sets of photos of items that have been lost.

China-bound passenger held with over 2,000 rare ancient coins
(2 June 2014, Dawn)
More info on the arrest in the Islamabad airport on 21 May. The pieces have been verified as authentic and consist of over 2000 coins and 110 other metal items including spear heads.

Museum reveals list of 30 items from disgraced New York gallery (Singapore)
(3 June 2014, The Straits Times)
The Asian Civilizations Museum has released a list to the Straits Times of what they payed for each of 30 items purchased by disgraced dealer Subhash Kapoor. The list was first compiled by Jason Felch on the Chasing Aphrodite blog.

Arts official urges villagers to sell the ancient treasure they found (Thailand)
(3 June 2014, The Nation)
Officials warn that if villagers do not turn over the ancient gold they found during a looting ‘gold rush’ in Phatthalung’s Khao Chai Son district within the next 15 days, they face jail and fines. Finders will be paid an ‘appropriate price’.

Phatthalung old-gold find put at B1bn (Thailand)
(5 June 2014, Bangkok Post)
More on the above story. A local collector or some sort says that Singaporean businessmen bought some of the gold artefacts found in the palm oil farm before the government intervened.

‘Indiana Jane’ and the Looted Temples of Koh Ker (Cambodia)
(6 June 2014, The Diplomat)
A whole feature on my amazing colleague Tess Davis’ work in Cambodia.

Looted ancient statues returned to Cambodia from US
(4 June 2014, ABC Radio Australia)
Coverage of the return ceremony of the Koh Ker statue recently returned from the Norton Simon Museum

Dinosaur Fossil Smuggler Gets 3-Month Sentence
(3 June 2014)
Eric Prokopi, who pled guilty to smuggling a complete Tarbosaur skeleton from Mongolia into the US and lying about its origins, has been sentenced to 3 months in prison.

Gold nugget stolen from University of Arizona exhibit
(4 June 2014, Arizona Star)
A half-pound nugget was stolen from an exhibit at the Flandrau Science Center and Planetarium’s mineral museum. It is valued at $30k.