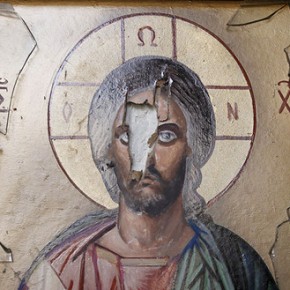 Hot this week: Cornelius Gurlitt—he dead. A penny for the Old Guy.

It is probably worth saying that links on Culture Crime News are not endorsements of either the content of the articles or the news sources that produce them.

Treasure Hunting Is the World’s Worst Investment
(7 May 2014, Bloomberg)
Seriously, looting shipwrecks under the aegis of ‘commercial salvage’ is straight up unsavory and, apparently, not even profitable. The authors of this piece advise “Don’t waste your money”.

Egypt’s airports to exhibit ancient artefacts
(4 May 2014, Ahram Online)
An exciting idea! Smuggled objects that Egypt has had returned will be displayed in Egyptian airports. A great way to raise awareness.

Tomb robbers broke into tomb of workman who built Great Pyramid
(8 May 2014, The Cairo Post)
They broke through an iron door and dug within a well-known tomb in the Giza protected area.

Recovered antiquities go on display at Egyptian Museum
(10 May 2014, Ahram Online)
Special exhibition of antiquities stolen from Egypt than recovered. All told, 140 of the objects on display were recovered outside of Egypt and 60 inside of Egypt and includes the 10 that were returned last week. Will last for 3 months then all the pieces will go back to their usual museums.

Zimbabwe: Bogus Art Dealers On the Prowl
(7 May 2014, All Africa)
Details several scams pulled by art dealers against artists themselves.

Another stolen painting to be returned to museum in Hantsport (Canada)
(5 May 2014, Nova News Now)
More Tillmann loot.

Treasure Hunters’ Undersea Gold Rush Is Threatened by U.S. Navy
(5 May 2014, Bloomberg)
US Navy has proposed a new rule that could block businesses from salvaging some shipwrecks.

Fundraiser launched to help restore stolen artifacts (USA)
(9 May 2014, The Inyo Register)
The Bishop Paiute Tribe in California is holding a fundraiser to help restore ancient rock art that was damaged by looters.

The Getty’s ‘Victorious Youth’ is subject of a custody fight (USA/Italy)
(7 May 2014, Los Angeles Times)
Greek statue purchased in 1977 for several million dollars is subject to an Italian repatriation claim. Getty says it is not looted.

Euphronios’ Kylix comes home after 40 years (USA/Italy)
(6 May 2014, ANSA)
Whatever happens with the Victorious Youth, the Getty has just returned this vessel which was looted from Cerveteri.

Visitors to Auschwitz Are Stealing ‘Souvenirs’ (Poland)
(6 May 2014, Tablet)
Vandalism and looting at a modern site of very painful heritage.

New Arms for Fighting Back Against the Looters (Poland)
(8 May 2014, New York Times)
Poland has digitised info related to 63k objects stolen by the Nazis from churches, private citizens, and the state.

Cornelius Gurlitt, hoarder of valuable art collection, dies
(6 May 2014, Washington Post)
Well, this should get messy.

Gurlitt bequethed art to the Kunstmuseum Bern
(7 May 2014, The Art Newspaper)
Called it.

Razgrad History Museum’s treasures gone in just 50 seconds (Bulgaria)
(9 May 2014, Standart News)
250 Roman gold and silver coins stolen during a break in at the History Museum in Razgrad. Museum also robbed in 1996.

28,000 Ancient Books Returned to China
(5 May 2014, CCTV)
Biggest overseas ‘buy back’ of ancient Chinese cultural objects yet. Bought by Peking Uni from a Japanese business group. The books will be digitised and shared publicly.

Salvage company denies planting ancient coins at treasure site (Malaysia)
(5 May 2014, The Sun Daily)
In what seems to be a case of state sanctioned looting being called ‘salvage’ a ‘company engaged to look for hidden treasure’ in Pulau Nangka is claiming that they found ancient coins and are looking for more. Other say the coins were planted. There is clearly more to this story but my linguistic inabilities prevent me from looking more into it.

The Stolen Warriors (Cambodia)
(Java Films)Preview of an upcoming documentary about the Sotheby’s Cambodian statue case featuring several of my colleagues.

Christie’s to Return Cambodian Statue
(6 May 2014, New York Times)
Christie’s sold this statue looted from the Prasat Chen complex at the site of Koh Ker in 2009 but purchased it back this year for return.

Norton Simon Museum to return contested ancient statue to Cambodia
(7 May 2014, Los Angeles Times)
Yet another statue stolen from the Prasat Chen temple complex at Koh Ker is headed home.

Syria’s past is being obliterated
(4 May 2014, Journal Pioneer)
Says that items from Palmyra’s tombs are being looted and and smuggled to Beirut.

“Raqqa is Being Slaughtered Silently”
(8 May 2014, Al-Manar)
Disturbing interview with an unnamed person who claims to be an employee of the National Museum, Damasucs, about terrible looting there. Posted because of the unique info. Def. not endorsing this news source.

It’s time to stop destruction of Middle East heritage
(5 May 2014, Al Jazeera)
Opinion piece that explores the cuases and consequences of post-2011 artifact looting and destruction in West Asia and North Africa.

Treasure hunters destroy tomb (Turkey)
(4 May 2014, Hurriyet Daily News)
On 26 April looters using dynamite destroyed a tomb at the ancient site of Olba in Silifke. Archaeologists report that they previously detected looting with dynamite in the area. They say that the closing of the nearby Uzuncaburç gendarmerie station has accelerated looting in the area.

London’s Victoria and Albert Museum willing to lend Eros head to Istanbul
(5 May 2014, Hurriyet Daily News)
But Turkey would have to recognize that the V&A has legal ownership of the item…which is not likely to happen.

Stuffed giraffe to have stolen tongue reattached (Scotland)
(8 May 2014, Edinburgh News)
A national tragedy! For the SECOND time a taxidermised giraffe in the National Museum of Scotland has had its tongue stolen. At least it was found.

The $5 Million Violin and the Telltale Taser: Inside an Epically Stupid Crime
(10 May 2014, Vice)
The author rightly concludes that stealing a Strad is just dumb. Some great quotes from the likes of Dick Ellis and Bob Wittman!

Meet Grandison Harris, the Grave Robber Enslaved (and then Employed) By the Georgia Medical College
(6 May 2014, Smithsonian)
“For 50 years, doctors-in-training learned anatomy from cadavers dug up by a former slave”