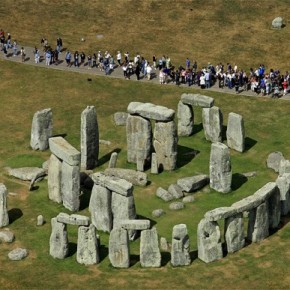 This post is by my colleague Tess Davis who generously allowed me to repost it here. It was originally published on IntLawGrrls.

An op-ed on cultural patrimony laws in today’s Los Angeles Times has done a great disservice to the public by misrepresenting the purpose, history, and very definition of such legislation.

In “The Archaeology Paradox: More Laws, Less Treasure,” Adam Wallwork argues that “tight restrictions on export and ownership of artifacts is leaving the world a poorer place.” Mr. Wallwork is not the first to call for a return to “the age of piracy,” in which tomb raiders could plunder archaeological sites with abandon (to borrow a phrase from Thomas Hoving, the Metropolitan Museum’s former director).  But he is the first, at least in a leading publication, to use this argument:

I surveyed 90 countries with one or more archaeological sites on UNESCO‘s World Heritage Site list, and my study shows that in most cases the number of discovered sites diminishes sharply after a country passes a cultural property law. There are 222 archaeological sites listed for those 90 countries. When you look into the history of the sites, you see that all but 21 were discovered before the passage of cultural property laws.

On average in art-rich countries, discoveries that landed on UNESCO’s list diminished by 90% after these laws were passed. To illustrate: Italy has seven archaeological sites on the World Heritage list; five were discovered before its 1909 cultural property law, but only two after.

Many variables may cause a drop-off in archaeological discoveries country by country, but statistically speaking, it’s nearly impossible that the decline shown in the data isn’t also related to the passage of cultural property laws.

This is a textbook case of mistaking correlation for causation. Yes, there are fewer archaeological discoveries in today’s world, especially of major ancient sites. However, there are fewer and fewer blank spaces on the map, too. And in fact, who can say that anyone ever “discovered” the Pyramids at Giza, the Acropolis in Athens, the Great Wall of China, or the vast majority of World Heritage nominations?

Moreover, Mr. Wallwork’s piece greatly distorts the concept of patrimony laws, also called ownership laws or vesting laws. As their name suggests, these grant the state property rights to cultural resources like artifacts, much as similar laws do for natural resources like oil. Art lawyer and scholar Patty Gerstenblith has noted that since the 19th century, many countries have enacted them “for the dual purposes of preventing unfettered export of antiquities and of protecting archaeological sites in which antiquities are buried.”

Nations have another incentive today: to recover objects that were looted and illegally removed from their borders. In both the United Kingdom and United States — which drive the worldwide demand for looted antiquities — courts have ruled these laws “create ownership rights that are recognized even when such antiquities are removed from their country of discovery and are traded in foreign nations.” Under this interpretation, “one who removes the antiquity without permission is a thief and the antiquities are stolen property,” which the country can then recover through the justice system.

Mr. Wallwork is apparently not familiar with the legal history of patrimony laws, which he suggests were enacted in the postcolonial world, for the purpose of ”counteracting the ugly legacy of Western cultural imperialism.” Quite the contrary, many ownership laws were drafted by the colonial powers themselves, to protect sites (and less honorably to give London and Paris ownership of their valuable treasures). Such legislation was common throughout both the British and French empires and it predates the 1972 World Heritage Convention by a full century… a century rich in archaeological discoveries at that.

For example, the Ottoman Empire first promulgated an ownership law in 1874, when Egypt was a still one of its tributary states. Other Egyptian legislation protecting antiquities had been enacted even earlier in 1835. Yet Howard Carter still discovered King Tut’s tomb decades later in 1922.

Wallwork’s oped today — and worse the journal article on which it was based — does not reference this case or the many others like it. He does not appear to know anything about this legal history, perhaps because in his survey of patrimony laws, he relied solely on the UNESCO Cultural Heritage Laws Database. This is troubling because, as that resource itself stresses:

It is the responsibility of each Member State to make available to the United Nations Educational, Scientific and Cultural Organization (UNESCO), in the most accurate and up-to-date form possible, the laws in force, applicable import/export certificates, contact details for the competent national authorities and the full address of the official websites dealing with protection of the cultural heritage.

It should be noted that the Database contains current cultural heritage laws submitted by UNESCO Member States.  It may not, however, contain all earlier legislation and regulations on which a country may rely and which may have claimed ownership by the country of origin of cultural objects or regulated their export. Therefore, additional research or contact with the national authorities of the source country may be necessary to determine the legal status of specific objects [emphasis added].

There are valid criticisms of patrimony laws, for example, that by their very nature they conflict with the concept of a shared “World Heritage.” And Mr. Wallwork is entitled to his opinion. But this opinion did not appear in a blog, or even just an obscure law review, but the pages of a major national paper. Having been proud to contribute an oped myself to the Los Angeles Times, and gone through its fact checking process, I just do not see how this happened.

The Los Angeles Times was once a leading paper for cultural heritage reporting. Wallwork himself can be forgiven (he may even still be a law student according to his online profile). But we must ask how a piece like this — full of factual inaccuracies and logical fallacies — made it out of the editing room and onto the breakfast tables of hundreds of thousands of people?

Especially at time when America’s own law protecting its past — the Antiquity Act — is under attack.