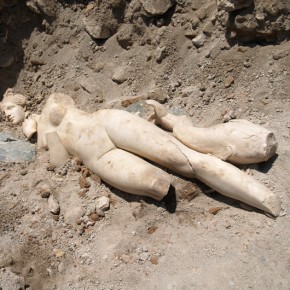 Bring Back the Monuments Men
2 April 2014, The Wall Street Journal

“Monuments men” highlight WWII looting, but stealing culture has been around for ages
5 April 2014, Statesman

Auction houses should do more to root out looted antiquities
2 April 2014, Apollo

BJP in power, but Ram temples plundered in Rewa (India; Murder of 90-year-old priest while temple is looted)
(Older news) 3 March 2014; The Times of India

Village keeps its faith as it awaits Nataraja’s return
31 March 2014, The Times of India

Hearings in Croatia-Serbia case before ICJ to end on Tuesday (“Croatia demanded that Serbia give back 25,000 works of art stolen from 45 museums during the war”)
31 March 2014, Dalje

Stolen armour and weapony worth thousands returned to Stansted Mountfitchet castle (Amour is fake, as is what is on top of Mountfitchet)
1 April 2014, Cambridge News

Seized artifacts returned to Custer-themed museum years after being taken by federal agents
31 March 2014, The Republic