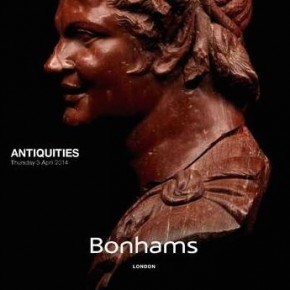 Bonham’s offers a stela owned by an Anonymous Swiss Collector, withdraws piece due to looting allegations.

Last week there was a media fuss over the upcoming sale of the bottom half of an Assyrian stela at Bonham’s, London. The hooks were:

1) The British Museum owned the top half of the stela but would not buy the bottom half.

2) The bottom half of the stele contains what some are saying is a cuneiform curse directed at anyone who moves the sculpture.

So clearly things that play well in the media. However the real story is much more complicated and seems to involve a case of looting and trafficking in 1999. I haven’t gone very far into this, but an Anonymous Swiss Collector is involved so I feel bound to give you all a run down. 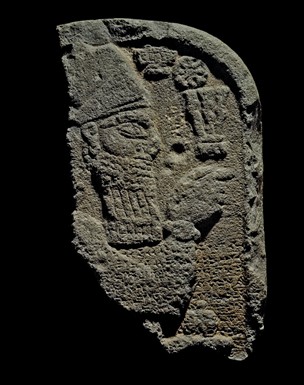 In 1879 the top half of the stela, which depicts Adad-nirari III who ruled Assyria from 811 to 783 BC, was discovered at Dur-Katlimmu, now Tell Sheikh Hamad, Syria. Locals brought it to the attention of archaeologist Hormuzd Rassam who found it had been hurled down a hill by folks who found it idolatrous. He suspected the bottom half was at the top of the hill somewhere. The top fragment isn’t in the best shape: It was clearly exposed at/for some time and, you know, was tossed down a hill.

The stela top made its way to the UK where it entered the possession of antiquities dealer Joseph M Shemtob who sold it on to the British Museum in 1881.

This is not an illicit antiquity. We know where it came from, when, and why. It is likely no contemporary laws were broken during its discovery, export, and import. 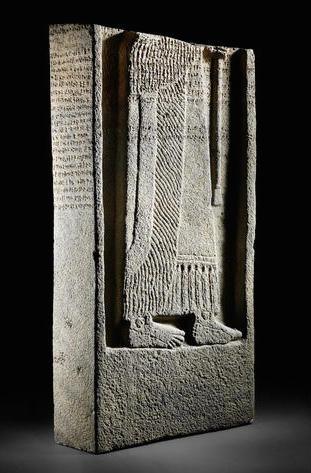 The bottom portion of this stela depicts, as you can imagine, the king’s toes. It is in considerably better condition than the top half, likely because it was not tossed down a hill and was likely buried until quite recently. Of interest to everyone is a decent sized cuneiform inscription. This inscription has some rather lovely bits:

…in the city of Arwad in the midst of the sea. I ascended Mount Lebanon. I cut strong logs of cedar.

It also has what the media have been calling a curse against the removal of the stela:

Whoever discards this image from the presence of Salmanu puts it into another place, whether he throws it into water or covers it with earth or brings and places it into a taboo house where it is inaccessible, may the god Salmanu, the great lord, overthrow his sovereignty; may his name and his seed disappear in the land; may he live in a contingent together with the slave women of his land.

The bottom half of this stela is an illicit antiquity.

What is up here?

Tell Sheikh Hamad was excavated by archaeologists a few times, but none record discovering the stela bottom half or removing legally in any way. It was most likely looted and trafficked. Apparently Tell Sheikh Hamad was looted in September of 1999 and may have been looted since. Now is not a good time for Syrian archaeological sites. The 1999 date is important because our same Anonymous Swiss Collector first tried to unload the piece as Christie’s New York in 2000 but it failed to sell, possibly due to concerns about its illicit origins. The connection to the British Museum piece was made after this sale attempt but, you see, the British Museum can’t buy the bottom half even if it wanted to: it is not allowed to buy items of questionable provenance (anymore). Looks like the Anonymous Swiss Collector decided 14 years was enough laying low time and had another go at sale in a different auction house in a different city.

Good on Bonham’s for removing the piece from sale, but we are left wondering two things:

1)  Why did a major auction house consign for sale such a dodgy piece in the first place?

2) What changed? What new evidence came to light about its origins and its Anonymous Swiss owner?