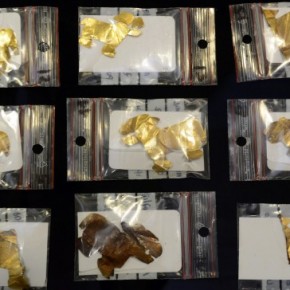 Here is a taster from the draft of a book chapter I am working on. Tentatively called: Pot plunderers, mummy mailers, silver smugglers, and virgin vandals: regulating the illicit trade in Bolivian cultural objects because everyone likes mummies and virgins and silver and things like that. I likely need a lot more editing, but this is what I am up to.

That said, some aspects of the trade are known. The trade in cultural property is large, it is global, and it is destructive. Trade networks operate across borders and through war zones; they are an element of some of the darkest parts of recent human history. These networks connect the very poor with the very rich through a chain of intermediaries who are not very nice people. Objects move from South to North, from Non-Western to Western, from developing to developed countries. Existing regulation disproportionately punishes the poor and desperate while the wealthy and powerful are often allowed to slide. The demand end of the market is able to clean their role in this destructive trade and, traditionally, has been congratulated publicly and financially for their activities. The trade in cultural property is a murky, illicit business in which everyone suffers a loss, but some are more victimized than others.