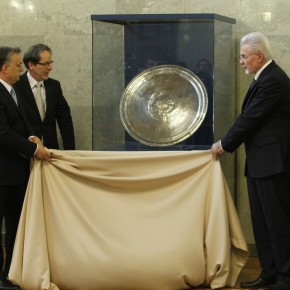 Top secret: The ancient rock art hidden all over the Negev desert; The Antiquities Authority is afraid of revealing whereabouts (Israel)
27 March 2014, Haaretz

Institutions should moderate their rule on looted objects (an opposing view)
25 March 2014, The National

Amsterdam museum uncertain where to send back exhibits from Crimean museums
27 March 2014, APA

Will the Just Judges soon be reunited with the Ghent altarpiece? (Belgium)
28 March 2014, Flanders News

Museum porcelain may have been looted by Nazis (UK)
29 March 2014, The Times (Paywall)

British Museum will not bid for fragment of Assyrian stele—even though it owns the rest (allegations of looting)
27 March 2014, The Art Newspaper

National Geographic is fronting an ethically questionable television show where metal detector users loot Nazi war graves. Nazi War Diggers is truly terrifying and there has been quite the uproar about it.