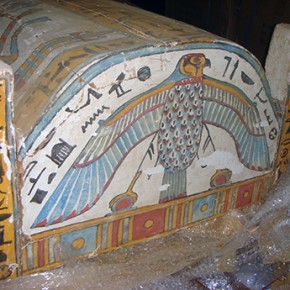 Hot this week: the US returns items from Egypt

Smuggled Egyptian antiquities to be returned from U.S.
12 March, Reuters

In pictures: Stolen Egyptian artefacts recovered from the US
16 March 2014, Ahram Online