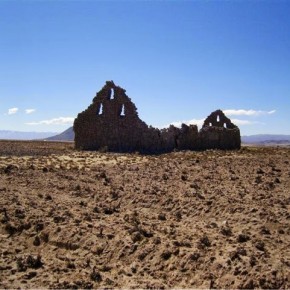 Hot topics: The Apollo of Gaza, Monuments Men, and Syria.

Consider this the first of a (hopefully) weekly post of collected media on illicit antiquities, cultural property, art crime, and all sorts of smuggly stuff from the past week. I post all of these to my twitter account and I might as well collect them here. Normally these news collections will come out on Mondays so you can start your week playing catch-up. I am giving you all a good excuse to take it easy and drink your tea and coffee while reading. Far from exhaustive, just what I have read in the week. Enjoy.

While Elgin Marbles debate rages, there is still a market for looted antiquities
14 February 2014, The Conversation

UNESCO sends out warning on artifacts in the global market (Belize)
14 February 2014, News 5

Deep into the world of the ancient Anasazi (USA)
14 February 2014, Los Angeles Times

Egypt to detain 6 in connection to Germans accused of taking samples from pyramid
11 February 2014, The Associated Press

The destruction of the idols: Syria’s patrimony at risk from extremists
11 February 2014, The Independent

The Scream: I found the stolen painting
12 February 2014, BBC News

‘Guggenheim’ Painting Shown To Be Fake With Help Of ‘Bomb Peak’ Technique
09 February 2014, The Huffington Post

On the tracks of burglars making a killing out of rhino horn
11 February 2014, The Independent