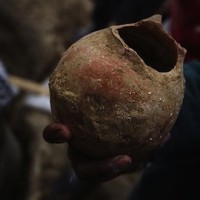 Spoiler. I have seen NO public evidence that links the illicit antiquities trade directly to al-Qaida. Sorry.

Please contact me with evidence if you have it.

In the past few years I have seen an increase in the number of people who claim that the illicit trade in antiquities has gone directly to the funding of al-Qaida which, of course, leads to the delicious sound-bite: ‘looting funds terrorism’. Such vague and disturbing claims are dangerous. We need to be careful if we are going to make them. Without evidence they are harmful both to our research but also to our ability to regulate the trade in cultural property. If we spend all of our regulatory and enforcement time on the terrorism straw man…if illicit antiquities do NOT fund al-Qaida brand terrorism, we will ignore the real phenomenon. We will not look at the real problem and the real solutions.

As you can imagine there has been a lot of talk about this al-Qaida/looted antiquities claim. Mohamed Atta’s name is usually bandied about in some way. September 11th is mentioned. So on. So forth. It makes sense right? Al-Qaida is drifting around, lurking in Afghanistan or Pakistan, or Iraq…places where there are piles of antiquities and a lot of recent looting. It just makes sense that they would get into the illicit antiquities trade, right? Tablets for guns or something like that. Right?

…but where is the evidence?

I have long been a fan of Stephen Colbert’s concept of ‘truthiness’. I am surprised the English language managed without that word for so long. It is defined as ‘a quality characterizing a “truth” that a person making an argument or assertion claims to know intuitively “from the gut” or because it “feels right” without regard to evidence, logic, intellectual examination, or facts.’ They are things that feel like they should be so and, thus, are so. There is a lot of ‘truthiness’ in illicit antiquities research. A whole lot. Off the top of my head:

I fear that the linking of the illicit antiquities trade either to al-Qaida or to the shadowy idea of terrorism is ‘truthiness’. I won’t be surprised if it is found to be ‘true’ one day but, right now, there is no evidence for it. 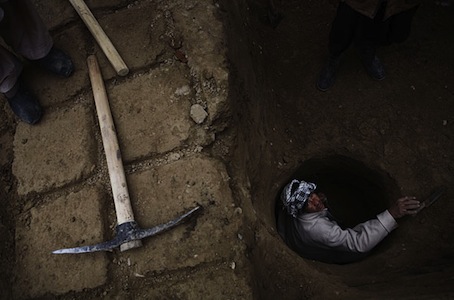 So where did this claim come from? The most cited article on this topic, I am sad to say, is housed on the FBI website:
Protecting Cultural Heritage from Art Theft: International Challenge, Local Opportunity, By Noah Charney, Paul Denton, and John Kleberg

None of the men in this article work for the US Government. They appear to have no association whatsoever with US intelligence, the US military, the US State Department, or, indeed, the relevant bodies of other countries (or international bodies) that would have access to information regarding the funding of al-Qaida or any ‘terrorism’. Respectively they are: a writer and founder of a non-profit, a retired state police officer, and a retired assistant VP of a university. This is not to downplay their interest or expertise. I am just saying that none of these men have any sort of clear access to information regarding terrorism funding generally, Mohamed Atta specifically, or the connections of antiquities trafficking to either of these.

The article boldly and confidently states:
“Fundamentalist terrorist groups rely on looted antiquities as a major funding source. Mohamed Atta tried to sell looted antiquities in 1999 as a funding source for the 9/11 attacks.” and cites a very short article in Der Spiegel as it’s source. Following the link, we find this: Kunst als Terrorfinanzierung?. This is one of the weakest ‘sources’ I have seen. Summing it up. In either 2000 or 2001 a professor named “Brigitte G.” was contacted by Mohamed Atta because he wanted to sell some Afghan antiquities. He was asking her where and how he could sell them wanting her to act as an intermediary. Atta maybe said that he wanted to make money to buy an aircraft and that the prof suggested he go to Sotheby’s. 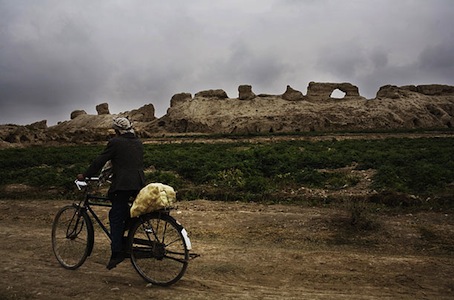 To paraphrase: at some time, she isn’t sure, some random woman, we don’t know her name, said she spoke to Mohamed Atta who maybe told that he wanted to sell Afghan antiquities to buy a plane (revealing all as if this were a movie plot) and then she referred him to Sotheby’s. It doesn’t say he sold any antiquities. It doesn’t say he ever had any. Just that he asked one lady once.

That is it. That is the source. The only source. There is no follow up in German media.

All other articles follow this one as far as I can tell. Some change details, for example this article changes the meeting date to 1999 and came out in 2010…5 years after the Der Spiegel article. But this is it.

People are actually making massive, sweeping, dangerous claims about terrorism and al-Qaida and September 11th and antiquities funds based off of this tiny ‘article’ that has no substance to it whatsoever. I am shaking my head. I am pouring a glass of wine.

Other researchers have also concluded that there is no known direct connection between antiquities smuggling and al-Qaida.

Matthew Bogdanos penned this op-ed for CNN stating that he has seen arms/antiquities co-mingled in Iraq with his own eyes. Getting better. However he has never offered any proof but his word, nor does he explain how these arms shipments relate to terrorism. 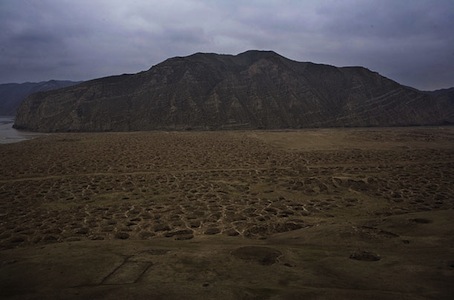 One of the best undergraduate courses I ever took was called “Pseudoscience in Archaeology”. It was focused on how spurious claims are built, why they are believed, and how the rational researcher can politely and effectively go about ‘debunking’ such things. The most important lesson from this class was that your source of information matters. Who is telling you something? Why are they telling it to you? Do they have the relevant expertise to make such claims? Do they have access to the information required to make them? What proof are they offering you beyond their word?

This is the divide between “‘Lost city’ found beneath Cuban waters” and “Tut-ankh-Amen’s Inner Tomb is Opened Revealing Undreamed of Splendors, Still Untouched After 3,400 Years”.

When the subject matter is emotional, which is the case with both illicit antiquities and with ‘terrorism’, you must be extra careful. You must demand actual proof. You must demand documentation from reputable sources. You must demand photographs, verifiable statements, people on the record. You simply cannot believe something because it seems right in your gut. You must demand truth and not give in to the lure of truthiness.

Images from Treasure-hunting in Afghanistan