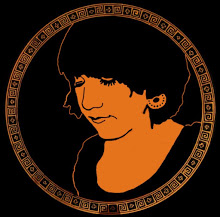 A chapter by me appears in a new book released this month by the Oxford University Press. From Plunder to Preservation Britain and the Heritage of Empire, c.1800-1940, Edited by Astrid Swenson and Peter Mandler, ”takes a novel approach to this important and controversial subject by considering the impact of empire on the idea of ‘heritage’. It reveals a dazzling variety of attitudes on the part of the imperialists – from frank ‘plunder’ of American, Asian, African and Pacific peoples’ cultural artefacts and monuments to a growing appreciation of the need for ‘preservation’ of the world’s heritage in the places it originated.”
My chapter is titled “Publication as Preservation at a Remote Maya Site in the Early Twentieth Century”. It is about the early excavations of the remote Maya site of Holmul in advance of the massive looting of that site which may have produced such illicit antiquities as the November Collection. It explores the idea of preserving and protecting a site which is conceptually remote, even to scholars, and discusses my re-excavation of this early dig.
The book, which features a range of case-studies, is available on the OUP website at: http://ukcatalogue.oup.com/product/9780197265413.do