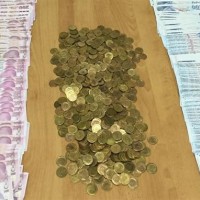 Hot this week: a brutal death. Who protects the protectors of the past?

The Case For Buying Antiquities To Save Them
(19 August 2015; The Wall Street Journal)
Obviously I completely disagree with Vikan and can point out numerous dubious/looted antiquities from non-war zones that his museum acquired during his tenure. This is not an impartial commentator.

Egypt’s antiquities ministry urges Egyptians to donate to buy ancient statue sold by museum (Egypt)
(22 August 2015; Star Tribune)
It is unclear, however, if this would even be possible as Egypt buying the statue would mean it leaving the UK as well. They are suggesting that a UK-based Egyptian buy it though…

Argentina to restore 4,000 artefacts to Ecuador and Peru (Argentina)
(22 August 2015; BBC News)
Another article on the Argentina return to Peru and Ecuador story

Roban mediante el alunizaje las iglesias de Utande y Muduex (Robberies by breaking and entering at the churches of Utande and Mudux; Mexico)
(21 August 2015; GuadaQue)
A string of thefts are causing damage to the historic churches of Guadalajara.

Museum’s gun stolen from atop car (USA)
(16 August 2015; TCPalm)
The WWII machine gun was taken from a vehicle display at The Road to Victory Military Museum in Stuart, Florida.

Reward offered after break-in, vandalism at Ransom County church (USA)
(16 August 2015; Grand Forks Herald)
A 100-year old religious painting was splattered with paint during a break in at Bethany Lutheran Church and other items were stolen from the McLeod Museum Complex in North Dakota.

Hunt for acclaimed photographer Vivian Maier’s long-lost brother heats up (USA)
(17 August 2015; The Chicago Tribune)
It is known that she had one brother and “to the ongoing court battle in Cook County over who has the rights to produce and sell Maier’s images”

FBI offers $20,000 reward for recovery of stolen Maine paintings (USA)
(18 August 2015; Reuters)
Six Wyeths were stolen two years ago, four have been recovered, the reward is for the other two.

Woman finds mother’s Picasso vase on auction site 2 years after its theft (USA)
(18 August 2015; Deseret News)
The woman saw the vase that looked like her mother’s stolen one for sale, bought it, and found out it WAS the stolen one.

To save world heritage sites from destruction, the US should bring back Monuments Men (USA)
(20 August 2015; Global Post)
Of course the people who make these calls are not the ones heading to the front line to protect archaeology. They expect us to do it. Nope. There is no amount of money you could pay me.

‘Bears Ears’ latest battleground in Utah monument fight (USA)
(21 August 2015; EENews)
The land is sacred and it has been looted. Part of the controversy regarding the Antiquities Act and preservation in the west.

One of the world’s most respected curators vanished from the art world. Now she wants to tell her story. (USA)
(22 August 2015; The Washington Post)
Controversial curator Marion True is writing a memoir. I can’t wait!!

Marion True, the exiled curator, in her own words (USA)
(20 August 2015; The Washington Post)
An excerpt from True’s memoir. I hope this comes to print soon.

Inside the Stephen Reed scandal (USA)
(22 August 2015; TribLive)
A new book about the downfall of Harrisburg, PA looks at the mayor who spent city funds to buy antiquities

Baby girl’s missing headstone returned, 70 years later (USA)
(23 August 2015; Omaha.com)
After buying a child’s 1880 tombstone, an artist discovered it had been stolen from Nebraska in the 1940s

Rodin bust stolen from Copenhagen art museum (Denmark)
(20 August 2015; The Local)
The Rodin was stolen from the Ny Carlsberg Glypotek in July and the police have released photos of two men they think were involved.

All The Evidence That Picasso Actually Stole The ‘Mona Lisa’ (France)
(21 August 2015; Huffington Post)
He didn’t, but it is fun to think about.

Review: ‘Beltracchi: The Art of Forgery’ Tells How a Swindler Fooled the World (Germany)
(18 August 2015; The New York Times)
A documentary about Wolfgang Beltracchi.

A Not-Quite-Great Documentary About the Greatest Art Forger of Our Time (Germany)
(21 August 2015; Hyperallergic)
A less than glowing review of the Beltracchi documentary. I’d still like to see it but am struggling to figure out how I can. Ah well.

Bronze `Nazi Horse’ at German School Draws Fire From Jewish Groups (it is identical and donated by the sculptor’s wife.; Germany)
(18 August 2015; The Wall Street Journal)
This horse is by the same sculptor of the horses seized in the 21 May raid

What the Nazis Stole (Germany)
(21 August 2015; The Wall Street Journal)
Review of The Orpheus Clock by Simon Goodman. I’m waiting for my copy!

Strapped for Cash, Some Greeks Turn to Ancient Source of Wealth (Greece)
(17 August 2015; National Geographic)
I’m a bit dubious about this one. The article presents no evidence for an uptick in Greek looting and all cases mentioned relate to the distant past.

Lithuanian Jews Dump Chief Rabbi for ‘Lies’ as Lengthy War over Fate of Ancient Cemetery Rages On (Lithuania)
(18 August 2015; The Jewish Press)
There are claims that Rabbi Chaim Burstein has liked about the possible desecration of Šnipiškių cemetery in Vilnius. Complicated!

Russian police find stolen paintings worth $114,000 (Russia)
(19 August 2015; News.Az)
The paintings by Aivazovsky, Polenov, and an unnamed French artist were stolen from a gallery in Kaluga on 9 July.

European Andy Warhol Museum Loses Two Iconic Works in Shady Loan Agreement (Slovakia)
(20 August 2015; ArtNet News)
The Andy Warhol Museum of Modern Art in Medzilaborce loaned them to a group who has not returned them. They fear the pieces have been stolen. In reality it is more complicated than that…

Consultas tras el saqueo de los restos de once buques de Estado en Florida (Consultation over the looting of the remains of eleven ships in the state of Florida; Spain)
(21 August 2015; ABC)
Spain is about to seek information about the ‘salvage’ of several wrecks, perhaps with the intent of suing to reclaim the contents

Bute House: ‘No evidence’ chandelier was looted from Nazi Germany (UK)
(17 August 2015; STV)
The chandelier is going in some databases but the National Trust says they have no clear evidence either way.

BBC among broadcasters to repeatedly breach Ofcom broadcasting code over funded content (UK)
(17 August 2015; The Independent)
Among the alleged impartiality breaches is the documentary “Stealing the Past” about antiquities trafficking which was funded by UNESCO and interviewed UNESCO.

Appeal after thieves steal Roman altar from museum (UK)
(17 August 2015; News & Star)
The piece was taken from the Senhouse Roman Museum in Maryport.

Museum theft sparks security review (UK)
(21 August 2015; Times & Star)
The theft of a Roman object from the Senhouse Roman Museum in Maryport is the first it has experienced in 25 years.

Family to be compensated for Burrell Collection Nazi loot (UK)
(18 August 2015; Museums Journal)
This is for a 16th century Swiss tapestry which will go to the estate of Emma Budge.

Thieves smash ancient Bodmin church window to steal collection box (UK)
(19 August 2015; Cornish Guardian)
The window was at St Petroc’s church. Sacred art was not a target of the theft.

Artifacts from Crimean Museums Are Held Hostage by Politics (Ukraine)
(17 August 2015; The New York Times)
The Allard Pierson Museum STILL doesn’t know where to send objects borrowed for “Crimea: Gold and Secrets From the Black Sea”.

Disabled Reservoir pensioner reunited with father’s stolen war medals after harrowing ordeal (Australia)
(18 August 2015; The Advertiser)
The pensioner was beaten during an aggravated burglary but the stolen war medals have been recovered and a man was arrested.

Sotheby’s fights copyright agency over Olsen art (Australia)
(18 August 2015; The Australian)
In this ongoing fight, Sotheby’s claims that artist Olsen reneged on an image publishing arrangement in place since 1983 which ‘lessened the auction house’s competitiveness’.

National Gallery of Australia finally mothballs Kapoor artworks (Australia)
(19 August 2015; The Australian)
The gallery have finally taken these smuggled items off display but they are still in limbo. Will they be returned to India?

Dancing Shiva may not be stolen, says National Gallery chairman (Australia)
(20 August 2015; The Australian)
An odd position to take given the overwhelming evidence that this statue is very, very stolen.

To catch an idol thief (India)
(16 August 2015; The Times of India)
More coverage of the absurd and unsupported idea that deregulation of the Indian antiquities market will somehow mean idols won’t be stolen. There is negative proof that this is the case. It is just flat out wrong and India will be very sorry if this goes through.

Cop involved in idol theft also ran rice puller gang (India)
(17 August 2015; The Times of India)
Basically this scam involved selling iridium charms that are meant to be cooked in rice for prosperity.

Karkala: Idol thief caught after car overturns in bid to escape, another thrashed (India)
(18 August 2015; Daijiworld)
Locals in Miyyar village chased down a suspicious car which eventually crashed. Stolen idols were found in the vehicle.

A Jain family from Mysuru comes to a temple near Uthukuli to conduct puja (India)
(20 August 2015; The Hindu)
People still travel great distances to visit temples where the primary idol have been stolen.

Security upgrade at Thakurbari (India)
(23 August 2015; The Times of India)
The upgrades to protecting the collection come after several close scrapes with possible thefts.

Renowned blade stolen years ago to go on display in home area (Japan)
(23 August 2015; The Asahi Shimbun)
The Bisho Osafune-ju Motoshige was stolen in 1986 from the 17th generation head of the Sakai family. It was recovered in 1999.

DHS demands TCC and authorities the recovery of Mohenjodaro articles theft (Pakistan)
(16 August 2015; Pakistan Christian Post)
Rough translation. It seem that artefacts as well as original notes by archaeologist John Marshal are not at Mohenjo Daro and some think they should be. If anyone has further info, let me know.

Mystery surrounds Iraqi statue’s missing glass of wine (Iraq)
(21 August 2015; Al-Monitor)
On 5 July a statue of the poet Abu Nuwas was vandalised: a glass of wine was removed from his hand.

Beheaded Syrian scholar refused to lead Isis to hidden Palmyra antiquities (Syria)
(19 August 2015; The Guardian)
The archaeologist Khaled al-Asaad has been brutally murdered by IS. However, claims that it was because he would not give up the location of hidden antiquities are totally unconfirmed and ring of truthiness.

Syria’s antiquities: Why we must protect the region’s ancient artifacts (Syria)
(21 August 2015; Daily Sabah)
Everyone agrees this is a problem, that isn’t controversial, this article offers no solutions.

Something to sing about: ‘worst art restoration ever’ inspires an opera (Spain)
(20 August 2015; The Guardian)
This is lovely. An opera for us all.

£32,000 stuffed wolf stolen from granddaughter of Charlie Watts ‘by lads on night out’ (UK)
(20 August 2015; Evening Standard)
The Stones drummer’s granddaughter brought the men to her flat. They walked out with her stuffed wolf.