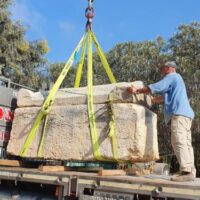 Antiquities smuggling still on the rise
(18 August 2021; The Wild Hunt)

Glasgow’s collection of looted Benin bronzes could be repatriated to Nigeria (Nigeria, UK)
(17 August 2021; The Herald)

Flattery or forgery? The Clark’s ‘Durer and After’ takes a close look at the fine line that separates the two (USA)
(13 August 2021; The Berkshire Eagle)

How 4 college students tried to steal rare books worth millions from a school library — and what got them caught (USA)
(15 August 2021; CNBC)

Who will rescue the Parthenon sculptures from its British ‘saviours’? (Greece, USA)
(16 August 2021; Greek City Times)

‘Do leopards change their spots?’: Taliban threat to heritage in Afghanistan could be worse than in 2001 (Afghanistan)
(17 August 2021; The Art Newspaper)