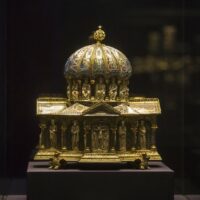 Hot this week: The Low Countries, the US Supreme Court, and repatriation

The Colonized World Wants Its Artifacts Back
(7 December 2020; Vice)

Stolen 30 Years Ago and Replaced With a Forgery Is Finally Returning to Its Original Owner (USA)
(11 December 2020; ArtNet News)

Dutch government criticizes its own policy on Holocaust-stolen art (Netherlands)
(9 December 2020; The Times of Israel)

Stone of Destiny: 70th anniversary of `liberation’ from Westminster Abbey renews calls for its return to Perth (UK)
(12 December 2020; The Courier)