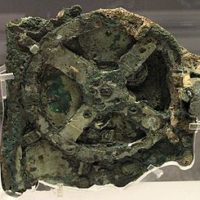 Some notes on research I’m doing for the European Commission

Late in 2017, Neil Brodie and I, alongside the economic research group Ecorys, were selected to undertake a study for the European Commission regarding the illicit trafficking of cultural goods through Europe. My portion of the research is, quite fortunately, on a topic of great interest to me: new technologies that may (or may not!) aid in the disruption of the illicit trade in antiquities. Right now, as we prepare the interim report of the project, I’m spending quite a bit of time reflecting on the topic. All told, it’s looking like a mixed bag, with the mix mostly being an understandably conservative stance on the part of law enforcement coupled with an explosion of private sector development and start-upy sorts of products that while innovative, don’t seem to solve any of the real problems that the authorities (or researchers) have.

So I’ve been laid out in bed for the past couple of weeks being hot and ill, and in that time I’ve watched a lot of the Men’s World Cup. It is the perfect combination of totally meaningless drama and escapism from the horrors of the real world for my moments of repose. On the STV app, which airs about half the games in Scotland, they’ve been showing this absolutely horrific commercial that somehow equates “block chain technology” with weird talking home appliances and holograms of grandparents. It’s jaw-dropping terrible. I’ll post it when I find it. Suffice to say, I think it represents what we’re seeing in the “technology plus antiquities/art crime” space, namely a desperate scramble to apply tech buzz words to the problem in poorly-defined and proprietary ways. The result is embarrassing blunders, such as the much derided placement of the Mona Lisa on Verisart‘s block chain ledger, seemingly certified as being by some guy named Terence Eden.

What I’m trying to say is that the authorities are right to be cautious about what’s appearing on the market in this area. Proprietary technology in search of an application is dangerous stuff, with the risks being that it will be both a waste of time and a waste of money. When should the authorities try something new? When it specifically meets their stated and identified needs, and/or when it is open and non-proprietary. Perhaps this sounds conservative on my part, but police etc have limited resources and when those resources are sunk into something absurd, we all lose. Meanwhile, let’s experiment with exciting, free, open stuff in partnership with authorities to develop what we actually need.

Back to the European Commission study, at the moment I am writing up reviews of all of the new technologies that I’ve identified in my years of following this and that have come up in interview and survey with stakeholders. In no particular order, I am doing reviews on:

I might be able to reorganise these a bit into a better hierarchy but that’s how they stand at the moment. If you see anything missing from this list, do get in touch with me via my work email address.