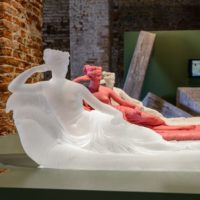 After 12 Years, a Trove of Stolen Hans Hofmann Paintings Has Been Recovered (USA)
(22 December 2017; ArtNet News)

Trump is being sued to stop him from shrinking Bears Ears national monument by 85 percent. Who will win? (USA)
(11 December 2017; The Washington Post)

Stolen, found – an Old Master nativity with a colourful past (Ireland)
(16 December 2017; The Irish Times)

Case over non-return of ancient icons to Russia sent back to prosecutors (Russia, USA)
(11 December 2017; RAPSI)

The tense truce between detectorists and archaeologists (UK)
(18 December 2017; The Guardian)

Mind your pickaxe: What to do when you encounter fossils and artifacts in the wild (General)
(23 December 2017; Popular Science)