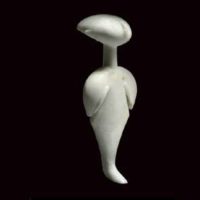 Hot this week: Giving back Nazi-looted art (and encouraging others to do so)

Why it’s so difficult to identify and recover stolen art
(22 August 2017; The Globe and Mail)
“Few police forces have the time or resources to devote to stolen art cases”

Cologne secures cathedral in light of Sagrada Familia terror plot (Germany, Spain)
(23 August 2017; DW)
“Our job is to protect sensitive spots – and the cathedral is a symbol of Cologne, known around the world.”

Follow our example and return Nazi-looted art, German bakery firm urges companies (Germany)
(23 August 2017; The Jewish Chronicle)
Dr Oetker is returning art and urging everyone else to do the same.

Greece could use Brexit to recover ‘stolen’ Parthenon art (Greece, UK)
(26 August 2017; DW)
“If it can give back India, it can empty one room in London to return these items”; probably not.

Saving Italy’s earthquake art (Italy)
(24 August 2017; Wanted in Rome)
“Expertise is not lacking; the problem will be funding.”

400 Viking objects stolen in Norway museum heist (Norway)
(20 August 2017; The Express Tribune)
Were in a temporary location in the Bergen University museum ahead of transfer to somewhere more secure.

Sagrada Familia Among Sites Targeted by Barcelona Terrorists (Spain)
(23 August 2017; Hyperallergic)
Gaudí Cathedral among the three places that were meant to be targeted wth explosives

Conservators remove fungus and cobwebs from Gurlitt hoard (Switzerland, Germany)
(15 August 2017; The Art Newspaper)
Decades of being hidden away under questionable conditions.

Ancient coffin breaks as child put in it at Southend museum (UK)
(22 August 2017; BBC News)
Staff appear more shocked than I am about this. Any museum worker will tell you that parents instruct their kids to do things like this in museums.

India yet to receive 200 artefacts worth $100 million from US (India, USA)
(20 August 2017; Sunday Guardian Live)
Question is why. Inactivity on Indias side?

Priceless artefacts kept in dismal condition at Jaipur police station (India)
(24 August 2017; Hindustan Times)
These are from the Vaman Ghiya case, so have been sitting around for years.

Gang of four held, three panchaloha idols recovered from them (India)
(19 August 2017; The Times of India)
Stolen from Shri Venugopal in Sampantharayanpettai near Nemili

Myanmar to Repair Earthquake-Hit Bagan by 2020 (Myanmar)
(22 August 2017; Irrawaddy)
Announced one year since the earthquake

Returned royal seals open to public view (South Korea, USA)
(18 August 2017; Korea Times)
Returned from LACMA in the US, assumed to have been taken during the Korean War.

Hex of the Idol: Steinhardt, Christie’s Fight Heritage Claim (Turkey, USA)
(18 August 2017; Bloomberg)
Steinhardt doesn’t deny that he took a risk buying the piece and then selling it on, implying that he knew it was illicit.

Police seize ancient tapestry in southern Turkey (Turkey)
(21 August 2017; Andalou Agency)
Unclear where it came from, but was found after a tip off and an observation of a failed sale.

Briton arrested in Turkey over coins he found while snorkelling (Turkey, UK)
(23 August 2017; The Guardian)
Hmm: “It’s his hobby. He’s definitely not a smuggler”