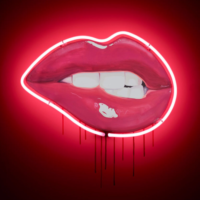 Egypt foils attempt to smuggle collection of coins from different eras (Egypt, UAE)
(27 July 2017; Ahram Online)
204 coins seized on their way to Dubai at the Red Sea port of Safaga

Machu Picchu and Hiram Bingham: A Story of Imperialist Plunder (Peru)
(23 July 2017; Telesur)
On Bingham’s removal of artefacts to Yale.

Berkshire Museum courts censure from museums groups with plan to sell 40 works (USA)
(24 July 2017; The Art Newspaper)
Deaccessioning is controversial and the Association of Art Museum Directors is opposed to the sale.

At Bears Ears in Utah, Heated Politics and Precious Ruins (USA)
(25 July 2017; The New York Times)
Important, at risk, sensitive, and perhaps going to be reduced in size for stupid and short-sighted reasons.

Life-size horse statue of Kentucky Derby winner pilfered from New Albany busines (USA)
(25 July 2017; News and Tribune)
Sculpture of 1901 Derby winner “His Eminence” complete with crown; this theft is only the latest in a spate of misfortune for the statue horse.

Kylie Jenner is being sued by an artist for her lip drips — again (USA)
(26 July 2017; Revelist)
Pretty obvious Sara Pope rip off. You’d think Jenner would have the money to pay better people to be creative for her.

Christie’s Must Reveal 5,000-Year-Old Idol’s Secret Bidder to Turkey (USA)
(27 July 2017; Courthouse News)
Judge says that neither Christie’s nor the bidder presented anything that showed that their privacy could not be maintained via a protective order.

Lygia Pape’s Daughter Sues Electronics Giant LG for Copyright Infringement (USA, Brazil)
(27 July 2017; Hyperallergic)
She denied them the rights to use the work when they asked, so they made a version of it anyway.

Stained-glass medallion stolen from North Branch cemetery (USA)
(28 July 2017; The Catholic Spirit)
“I cry when I think about it,” said Loretta McBride, 77, who made the 30-and-a-half inch medallion for a cemetery sign around 12 years ago”

Art thief caught with ‘Aladdin’s cave’ of stolen goods after 20-year spree (France)
(24 July 2017; The Telegraph)
Over 500 works have been photoed from the haul and put on an online catalogue for owners to claim.

Artworks on Loan From the Louvre Destroyed in Fire on a French Island (France)
(24 July 2017; ArtNet News)
Significant damage to 200 works in the Maritime Museum on Tatihou

After 26 Years, Munich Settles Case Over a Klee Looted by Nazis (Germany)
(26 July 2017; The New York Times)
Germany’s longest-running Nazi art legal case, “the work would remain in Munich’s Lenbachhaus museum, but the heirs of the German art historian from whom it was taken would be paid a sum equal to its market value.”

Artist Ida Ekblad Wins the Right to Feature a CEO’s 6-Year-Old Daughter in Her Work (Germany)
(28 July 2017; ArtNet News)
Judge says that the family had placed the daughter in ads before and thus her privacy was not at stake here.

Workers in Greek Museums and Archaeological Sites Announce Strike for the Weekend (Greece)
(26 July 2017; Greek Reporter)
“The union demands the immediate hiring of 33 archaeologists and 200 specialized antiquities guards to cover the needs of museums and archaeological sites.”

Kos Archaeological Museum assesses quake damage (Greece)
(28 July 2017; eKathimerini)
“Out of the 43 sculptures showcased on pedestals, three headless statues and one bust fell over and sustained minor chips and cracks”

Cospicua parish church gets security alarms (Malta)
(26 July 2017; Times of Malta)
After paintings and gold objects were stolen over the weekend.

Spanish Billionaire Jaime Botín Faces Prison for Allegedly Trying to Smuggle a Picasso on His Yacht (Spain)
(26 July 2017; ArtNet News)
The Picasso now may become property of the state after Botín was denied an export permit but tried to take the painting out anyway.

Stolen Nazi-era art found 5 years ago. Public to finally see collection in Switzerland (Switzerland)
(25 July 2017; USA Today)
“So far, five works in Gurlitt’s stash have been identified as stolen from private owners, and four were returned to the heirs.”

Artist unexpectedly reunited with stolen painting after more than 20 years (UK)
(18 July 2017; Swindon Advertiser)
The father of a woman from Devon had bought it, she saw a story about the theft in the paper and called the artist.

Cartier diamond ring worth £750,000 lost by British Museum (UK)
(27 July 2017; The Guardian)
But no evidence presented that it was stolen. A lot of fuss for a sad, but normal workplace occurrence.

Icon centres getting ready to house idol (India)
(25 July 2017; The Hindu)
The centres are meant to house idols from temples with poor security in places that aren’t all so very far from home.

Bombay HC quashes lower court order to release passport of antiques ‘smuggler’ (India)
(28 July 2017; The Indian Express)
Looks like Vijay Nanda, out on bail, will not be getting his American passport back.

A tiny police wing is trying to bring back the thousands of idols stolen from Tamil Nadu (India)
(30 July 2017; Scroll)
“Recently, the Madras High Court observed that of the 29 personnel sanctioned for the Idol Wing, 9 positions were vacant.”

The sorry state of a multimillion-dollar art collection reveals deeper troubles at India’s national airline (India)
(26 July 2017; Los Angeles Times)
Modi is considering selling the airline, which has become a PR nightmare, but where’s the art? It is property of the government.

Air India set to take legal action over missing paintings (India)
(30 July 2017; The Indian Express)
No action will be taken if the artwork is returned; most seemed to have gone missing during moving of the Delhi headquarters of the company.

Penang’s street art a recent target of vandals (Malaysia)
(26 July 2017; The Star)
“The council has already spent about 25% of its RM100,000 annual maintenance allocation to restore vandalised street art pieces this year.”

Monastery rebuilding delay angers monks (Nepal)
(13 July 2017; The Kathmandu Post)
“A total of 993 monasteries were destroyed by the 2015 earthquake” but none have been reconstructed more than two years later, according to the monks.

PH demands return of Balangiga bells seized by U.S. (Philippines, USA)
(26 July 2017; CNN)
Duterte calls for the bells taken from a church in Samar during the Philippine-American war.

Still no progress in restoring ancient Nimrud (Iraq)
(24 July 2017; DW)
Liberated since 2016, but no systematic inventory of damage yet?

Israel removes flashpoint metal detectors at Jerusalem holy site (Palestine, Israel)
(25 July 2017; BBC News)
“There were deadly clashes after the metal detectors were set up, which Palestinians saw as an Israeli attempt to assert control over the site.”

Uri Geller wants to excavate an entire Scottish island in search of Egyptian treasure (UK)
(23 July 2017; The Mirror)
His chances for getting permission to do it are about zero.