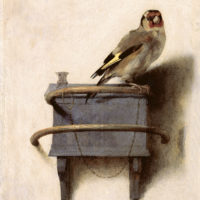 Art in bunkers and high-security facilities
(3 November 2016; Live Mint)
On secreting art away

Students questioned over cenotaph graffiti (Canada)
(1 November 2016; Well and Tribune)
Some students may have grafittied the Royal Canadian Legion cenotaph in Niagara Falls.

Ring the alarm: Legendary bell precious to Métis nation is missing — again (Canada)
(2 November 2016; CBC)
The bell is associated with the birth of the Métis nation and it’s missing.

Only a Fraction of Mexico’s Stolen Cultural Antiquities Are Recovered (Mexico)
(3 November 2016; Insight Crime)
A translated version of a similar piece. About the poor rate of recovery of looted antiquities.

Long-lost Toledo sword returns home (USA)
(30 October 2016; The Toledo Blade)
The sword was a gift from the original Toledo in Spain and had been taken about 80 years ago.

Former Harrisburg mayor’s trial pushed to 2017 (USA)
(31 October 2016; WITF)
Among other things, Reed is accused of misappropriating private funds which he used to buy artefacts.

Cleveland Museum of Art gives back manuscript page illegally cut from book in Italy (USA)
(4 November 2016; Cleveland.com)
“The removal of the leaf occurred sometime between 1933 and 1952, when the museum bought the work”

Outcry after Toledo Museum of Art sells ancient Greek and Egyptian objects at auction (USA, Egypt, Cyprus)
(5 November 2016; The Art Newspaper)
“The Cypriot ambassador urged the museum to keep the works, while Egypt’s Ministry of Antiquities demanded their return and has blacklisted the institution”

Louvre to offer shelter for world treasures rescued from war zones (France)
(1 November 2016; The Guardian)
It is unclear under what circumstances any objects from Syria and Iraq would come to this new storage facility.

Louvre may safeguard artefacts from war-torn areas (France)
(4 November 2016; The Art Newspaper)
I believe “may” is the important word here.

Picasso’s electrician admits he lied in court (France)
(1 November 2016; The Art Newspaper)
He originally said Picasso and his wife gave him the art. Now he says it was just Picasso’s wife.

Picasso widow accused of hiding art at electrician’s theft trial (France)
(1 November 2016; RFI)
The electricians statements now say that the artist’s widow was trying to hide the works from the artist’s son Claude.

Four arrested for illegal antiquities trading (Greece)
(2 November 2016; eKathimerini)
One of the suspects was arrested at an Athens hotel as he tried to sell a piece.

The Scots noble stolen from his grave (UK)
(31 October 2016; The Scotsman)
“Alexander, 25th Earl of Crawford, was stolen from his triple coffin laid deep in the family tomb at Dunecht House in Aberdeenshire, with a local rat catcher put on trial for grave robbing in 1881.”

Thieves steal ancient stones from historic ruined castle near Nuneaton (UK)
(1 November 2016; Coventry Telegraph)
The stones were taken from Hartshill Castle and it is hoped that security will be improved.

‘They’ve got no claim’: Indigenous Australian demands British Museum return ancestral shield (Australia, UK)
(2 November 2016; CBC)
An interview with Rodney Kelly who is pushing for the return of these objects

Gold ornaments of Kali idol stolen in Ctg (Bangladesh)
(3 November 2016; Dhaka Tribune)
The temple is located in the Hathazari area of Chittagong

Lakshmi idol recovered from mosque in Bangladesh, another temple torched (Bangladesh)
(5 November 2016; Business Standard)
An exceedingly complex situation which is difficult to understand or gain reliable information about from the outside.

Auctions for plundered cultural relics forbidden in China (China)
(1 November 2016; CRIEnglish)
“Chinese cultural relics which have been stolen, excavated and robbed, smuggled or illegally plundered historically shall not be sold as auction objects, and the state has the right of first refusal if any valuable cultural relics are offered for sale”

China cracks down on illegal trade of cultural artefacts (China)
(4 November 2016; The Art Newspaper)
The new rules replace a 2003 temporary order. This might be interesting to watch.

Cops seize stolen Salt Lake idol on its way to Chandernagore (India)
(1 November 2016; The Times of India)
The fibreglass Durga was only two years old, still it was stolen by youths who said they had a place to sell it on.

Idol wing police to seek French assistance in probe (India)
(1 November 2016; The Hindu)
A number of stolen idols were seized from the home of French citizens of Puducherry origin.

ASI for easier norms for private import of antiquities (India)
(2 November 2016; DNA)
A variety of changes, including the making of a national-level database. Something to watch closely.

A temple in the heart of Capital remains in ruins (Nepal)
(6 November 2016; The Kathmandu Post)
Several historic statues are still in the rubble of the temple that collapsed three months ago and locals fear they will be stolen

‘Activists held’ at King Cyrus tomb in Iran (Iran)
(31 October 2016; BBC News)
Apparently an Iranian nationalist demonstration at the tomb was broken up with activists detained.

Ancient Hebrew Papyrus Seized from Looters, But Is It Authentic? (Israel)
(26 October 2016; Live Science)
It is said to have been looted from a cave in the Judean desert but questions have been rasied.

Palestinians make a play for Dead Sea Scrolls at UNESCO (Israel, Palestine)
(6 November 2016; The Jerusalem Post)
An spin on a series of events at a UNESCO meeting.

High court moved for retrieving dancing girl statuette from India (Pakistan, India)
(6 November 2016; The News)
The Indus Valley Civ piece was found at Mohenjodaro in 1926 and taken to India by Sir Mortimer Wheeler prior to partition. They stayed in India.