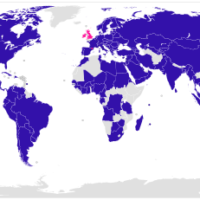 Nearing the end of debate in Lords, we could ratify the Hague Convention soon.

The Report Stage of the UK’s Cultural property (Armed Conflicts) Bill happens today. Debate in the House of Lords will start after 3pm but may not last all to very long, depending. This, you may recall, is the UK’s progression towards fully ratifying the 1954 Hague Convention for the Protection of Cultural Property in the Event of Armed Conflict.

If you are curious about what is up for debate, do see the list of proposed amendments to the bill here. There are very few of them.

Come to think of it, here’s the full bill, along with a handy progress chart that explains what stage it’s at and where it goes next.

Some of you may recall that I’ve been following this process closely. So closely that I took up an invitation to watch the Committee Stage discussion in the House of Lords back in June. The level of discussion about the Bill was tops. I was impressed. It was certainly a worthwhile way to spend my evening, and I encourage you all to both read that transcript here, and to check Hansard for today’s discussion as well.

A few days ago, while sitting on a BBCWorld Service Newshour Extra panel (recording here) entitled What’s the Cost of Preserving the Past? We got a brilliant question from a brilliant audience member who asked our opinions on the UK finally signing the Hague Convention. Our questioning colleague wondered if it would really make any difference at all. I was really happy to get the chance to say a shortened version of what I think about all that to an audience beyond my students, and I think my opinion on the matter might reflect how most professionals see this 60-years-too-late move:

It won’t change anything much, but it’s still a good thing. 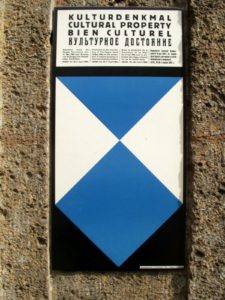 Speaking super broadly, The Hague Convention is for a kind of war that doesn’t exist anymore. It assumes that warfare is between states, that those states are pretty much together themselves and can employ civil services to sort out their heritage stuff, and that everyone involved cares about heritage in a Western preservationist sense. Plus there is pretty much no consequence for violation. For example, Saudi Arabia (party to the convention since 1971) has bombed/is bombing the heck out of Yemen (party to the convention since 1970), leading to the destruction of all sorts of heritage including houses protected within the Old Sana’a UNESCO World Heritage Site. Hague Convention? Both states are party…so what? And the news today is the UK is still going to sell arms to that, so says Boris Johnson, who basically said that I needed to be parachuted in Syria to save Palmyra. Heritage protection selection bias? Spirit of the Hague Convention? Ehh?

Grumbling about the political abuse of threatened ancient heritage by the UK political elite aside, signing the Hague Convention is still a good thing. Why? Because it means the UK isn’t on the ‘huge jerk’ hold out list anymore. Even if the Hague Convention is largely ineffective in practice, at least in spirit it is a public commitment to doing the right thing in rough times. It is joining the world community in a set of commonly held ideals. Ideals that clearly we don’t always (or ever) meet, but we still believe in them. We still want to join this club.

Also, it is a green light or even an excuse to do better. I certainly know that several heritage-minded Peers and MPs see it that way and that’s great. Ratifying the Hague Convention provides a foundation for the UK government to forge a bold new policy path that is more meaningful and effective than what we’ve had, or at least follow someone else that’s on the right track. Heck, Neil Brodie has even suggested a 3rd Protocol to the Convention, which would modernise it and apply much of the research that has accumulated over the past few decades.

If the UK ratifies, the UK can lead. Not saying they/we will, but ratifying opens doors that have been closed.

Stacy, from the cultural property team in the UK govt, has sent along this email:

It was a very short session with some very helpful debate. All amendments were withdrawn but the Government’s amendment to Clause 4 (6). The amendment was proposed following discussion with the Crown Office (the Scottish equivalent of the Crown Prosecution Service) officials to ensure that the provision fully reflects the types of ancillary offences listed in section 293 (2) of the Criminal Procedure (Scotland) Act 1995 otherwise there may have been room for doubt as to whether such ancillary offences have extra-territorial effect.

As you can see from the Hansard, the Minister also confirmed that we will be substituting “breach” with “violation” in the titles of Part 2 and Clause 3 when the Bill is reprinted for the House of Commons.

She also notes that the Third Reading of the bill will take place on Tuesday 13 September.