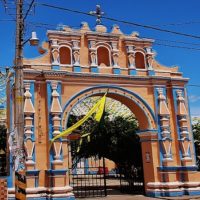 All of these article links and more are available at the searchable Culture Crime news database.

Antiquities Trafficking and Art Crime: Online PGCert, master’s-level courses
(University of Glasgow)
We’re accepting applications for our online master’s courses in Antiquities Trafficking and Art Crime until the end of August for September start…yes even for international students. Apologies for any confusion. Spaces are likely to fill up fast once in-person Glasgow students can register, but there is still time to get in there. Contact me with any questions.

Brexit: How hope may rise for Nigeria’s looted artefacts (Nigeria, UK)
(31 July 2016; The Guardian)
Citing the most recent bid to call for the Parthenon Sculptures’ return, perhaps Nigeria is next?

Inuit press claim for co-ownership of Franklin artifacts (Canada)
(24 July 2016; CBC News)
“Inuit are pressing Ottawa to recognize their ownership rights over the wreck and contents of HMS Erebus”

A Prized Stettheimer Painting, Sold Under the Radar by a University (USA)
(26 July 2016; The New York Times)
Fisk University quietly sold off two other paintings as they fought to sell other works gifted by Georgia O’Keeffe.

Photographer Files $1 Billion Suit Against Getty for Licensing Her Public Domain Images (USA)
(27 July 2016; Hyperallergic)
Carol Highsmith gifted her photos to the Library of Congress and, thus, everyone. Getty Images sent her a letter accusing her of copyright infringement for use of one of her own public domain photos.

Photos released of Roger Maris Museum theft suspect (USA)
(27 July 2016; KFGO)
The thief was masked but his clothing my be distinctive.

Knoedler Fakes Give Rise to Diebenkorn Catalogue Raisonné (USA)
(28 July 2016; ArtNet News)
The threat of fakes has inspired a definitive listing of the California artist’s real.

An Exodus at Christie’s (USA)
(28 July 2016; The New York Times)
“It was unclear whether they were dismissed or left of their own accord”

Mary Boone Files Lawsuit Against Art Advisor Over KAWS Sale (USA)
(29 July 2016; ArtNet News)
Boone says that the works in question were meant to go to an unnamed collector, not another gallery. Buia says she never said that.

How One Colorado Man Disappeared While Hunting For Hidden Treasure (USA)
(1 August 2016; 5280)
A strange tale of mythical treasure and tragedy.

Movie in the Works About 1972 Worcester Art Museum Heist (USA)
(26 July 2016; Boston Magazine)
A film about the OTHER Massachusetts museum robbery.

Notorious Boston mobster-turned-pastor has clues about Gardner heist (USA)
(26 July 2016; The Boston Globe)
The man has a new name and is in witness protection. He claims the paintings were buried in Florida.

Former Boston mobster says stolen Gardner Museum paintings were buried in Florida (USA)
(27 July 2016; Mass Live)
“Luisi told the Globe that in the late 1990s Robert “Unc” Guarente, a former gangster who died in 2004, told him that he knew where the artwork was hidden.”

Austrian City Must Pay $9 Million Compensation Over Lost Schiele and Klimt Works (Austria)
(27 July 2016; ArtNet News)
The museum was unable to find pieces that were placed on long term loan in 1951.

Director of Vienna’s Belvedere Museum Dismissed Over Misconduct (Austria)
(28 July 2016; ArtNet News)
“Husslein-Arco was found to have charged inadmissible expenses to the museum, as well as hiring museum employees for private services”

Phedonos lashes out at antiquities head, refuses to retract allegations of artefact thefts (Cyprus)
(26 July 2016; Cyprus Mail)
The allegations are that the mayor of Paphos and staff are selling antiquities out of the basement of museums.

Orlan Must Pay Lady Gaga $22,000 After Losing Forgery Lawsuit (France)
(26 July 2016; ArtNet News)
Orlan, who said her work was stolen for Gaga’s Born This Way video, is appealing the ruling.

Long-Lost Engraving by Albrecht Dürer Discovered at Flea Market (France, Germany)
(29 July 2016; ArtNet News)
The piece went missing from the Staatsgalerie in Stuttgart 70 years ago and was written off as a casualty of war.

Former librarian who stole hundreds of rare antique books worth nearly €200,000 from the National Library of Ireland avoids jail (Ireland)
(27 July 2016; Independent)
Part of the reason for leniency is that the convicted didn’t sell the books, rather hoarded them out of obsession.

Italian police find €0.5 million of artefacts in art thieves’ lair (Italy)
(22 July 2016; The Local)
The four person gang had hit museums and collectors around Campania over the past year.

Dali, De Lempicka stolen from Dutch museum ‘found after seven years’ (Netherlands)
(27 July 2016; Luxemburger Wort)
The pieces were stolen in 2009 from the Scheringa Museum and later traded by criminal gangs.

‘National tragedy’: 5,000yo Norwegian skier carving destroyed in act of youth vandalism (Norwegian)
(30 July 2016; RT)
The youths are apparently deeply remorseful that they destroyed the rock art on the island of Tro

Roban joyas arqueológicas de Alejandro Magno y de la hija de Mahoma valoradas en 100 millones (Archaeological treasures of Alexander the Great and the daughter of Muhammed valued at 100 million stolen; Spain)
(29 July 2016; El Mundo)
The pieces were taken during a sale at a hotel in Madrid. Did the Ukrainian buyers steal them?

Cultural Property (Armed Conflicts) Bill: A summary (UK)
(27 July 2016; Lexology)
A break down of the Bill that the UK will use to ratify the Hague Convention.

Current Hong Kong laws fail the test of heritage protection (Hong Kong)
(25 July 2016; South China Morning Post)
“Government needs to identify a working definition of the term `cultural heritage’ which could be ‘evidence of the achievements of man which should be passed on to future generations'”

14 rare idols stolen from Jain temple (India)
(24 July 2016; The Times of India)
The pieces were taken from a temple in Susner town of Agar Malwa district, Indore

Panchaloha idol found in sand heap (India)
(26 July 2016; The Times of India)
The piece, found near Aranthangi in Pudukottai district, is presumed stolen.

Shutdown over takeover of Raghunath temple (India)
(28 July 2016; The Times of India)
The temple, which suffered a high profile theft recently, is in private hands currently.

Gold ornaments worth Rs 15,000 stolen from temple (India)
(27 July 2016; The Times of India)
The thieves broke open five locks to steal the cash and a gold thali. They tried to steal the idol but were unsuccessful.

Japan, S. Korea at odds over true ownership of stolen statue (Japan, South Korea)
(26 July 2016; The Asahi Shimbun)
The piece was taken from Korea 600 years ago to Japan, then stolen from Japan in 2012 and taken back to South Korea.

Iran’s National Library receives 2 rare Quran manuscripts (Iran, Germany)
(23 July 2016; Mehr News Agency)
The books were returned from Germany where they had gone missing, stolen while in a private collection.

Ancient Treasures Shouldn’t Be Compensation for Terror Victims (Iran, USA)
(25 July 2016; Bloomberg)
“A federal appeals court has ruled that terrorism victims can’t seize priceless Iranian artifacts held by the University of Chicago in fulfilment of a judgment against the Islamic Republic of Iran.”

Undermined by silence: lack of provenance is devastating flaw of al-Sabah collection catalogue (Kuwait)
(26 July 2016; The Art Newspaper)
“No European or American museum could put together such a collection now, not so much because of costs, but provenance issues.”

Citizens map out Gaza’s history (Palestine)
(24 July 2016; Al Monitor)
The action is being taken in an effort to curb illicit digging.

Turkish painter and journalist Zehra Doğan arrested (Turkey)
(29 July 2016; The Art Newspaper)
‘Her art and writing has reportedly been used against her as evidence of ties to “illegal” Kurdish organisation’

To collect or not to collect: are fossil-hunting laws hurting science? (General)
(27 July 2016; The Guardian)
Context is important when it comes to palaeontology. The market threatens that.

Cologne cathedral hires lawyer to stop Pokemon players (Germany)
(27 July 2016; Catholic Herald)
Apparently the game makers did not respond to the Cathedral’s request to be excluded.

Giant rubber ducky that vanished is found in N.J. park (USA)
(25 July 2016; Daily News)
“The rubber duck had not been destroyed or even vandalized.”

Good luck longhorn stolen from Comanche museum (USA)
(29 July 2016; KFOR)
“Bevo has been out in our parking lot oval since 2011,” said Candy Morgan, director for the museum.