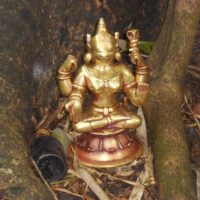 Cultural Heritage’s Nautical Future
(11 July 2016; The Wall Street Journal)
These spectacular sites are vulnerable to what amounts to commercial looting.

How Replicas Could Save Threatened Artworks
(12 July 2016; The Creator’s Project)
Can high-quality facsimiles replace stolen art and let the public interact with otherwise prohibitively fragile objects?

Libya’s archaeological heritage among the world’s most endangered (Libya)
(14 July 2016; Libya Herald)
“UNESCO explained that damage had already been inflicted by armed groups at or near the sites. It feared that worse could follow”.

Art thief John Mark Tillmann granted full parole (Canada)
(12 July 2016; CBC)
But he has been ordered to stay away from museums and libraries.

No ha habido robos en templos que son Patrimonio de la humanidad: INAH (There haven’t been robberies in church that are Heritage of humanity: INAH; Mexico)
(10 July 2016; AM De Querétaro)
They also say that the sacred art department of the Dioceses of Querétaro is charged with security at churches.

Robos a iglesia católica deben preocupar a la sociedad: Diócesis (Theft from Catholic churches should worry society: Diocese; Mexico)
(13 July 2016; Quadratin)
A statement of concern from the Diócesis of Querétaro following a church theft in Amealco.

El Inai, el INAH y el robo de “arte sacro” (The INAI, the INAH, and the theft of “sacred art”; Mexico)
(17 July 2016; Excelsior)
The state must protect sacred art and be transparent about threats to it.

Ringling Museum Asian art donor sues to get millions back (USA)
(1 July 2016; Tampa Bay Times)
Helga Wall-Apelt is suing the museum for breach of contract regarding a new wing for her donated collection.

Can a trove of Native American ruins be saved from eBay and ‘white people’ ideology? (USA)
(14 July 2016; Fusion)
Discussion of the threats to the Bear Ears area.

Rocks stolen from Gettysburg Battlefield are cursed, repentant thieves confess (USA)
(15 July 2016; Philly.com)
This is a common occurrence at US National Parks and other historic sites.

Yale Drops Case Against Worker Who Smashed Window Depicting Slaves (USA)
(12 July 2016; The New York Times)
“No employee should be subject to coming to work and seeing slave portraits on a daily basis,” Mr. Menafee told a police officer

Staff devastated after Civil War artifacts stolen from historic site (USA)
(12 July 2016; WECT)
The theft of the civil war buttons has had an emotional impact on museum staff, an aspect of art crime we rarely consider.

Senator continues battle to save Native American artifacts from theft and sale (USA)
(11 July 2016; The Guardian)
“The New Mexico senator who helped halt the auction of a ceremonial shield is attempting to crack down on sacred items sold on international markets”

Art ‘Expert’ Vanishes With an Elderly Client’s Precious Leonardo da Vinci Sketch (France)
(12 July 2016; ArtNet News)
An “expert” that was tasked with authenticating the piece ran off with it. It is unclear why they think they can sell it on since it is so obviously stolen.

Spanish Archive Raises Franco-Era Ghosts and Shadows of a New Chasm (Spain)
(16 July 2016; The New York Times)
Some family booklets and photos seized during the Franco era, are being returned.

Who Stole These Francis Bacon Masterpieces? (Spain)
(17 July 2016; The Daily Beast)
The five pieces were stolen from a Spanish banker’s home in Madrid.

MPs introduce Bill to return ‘Elgin Marbles’ to Greece 200 years after the UK decided to buy them (UK, Greece)
(11 July 2016; The Independent)
Some good arguments, but unlikely to gain any new traction.

How Lucian Freud and a grudge kept his rival from a fortune (UK)
(12 July 2016; The Telegraph)
Advertising the TV show Fake or Fortune, Freud always said it wasn’t his work.

Hong Kong MTR trains graffitied by fugitive American artist pair; China may be their next target (Hong Kong)
(13 July 2016; South China Morning Post)
One of the artists is now being held in Australia for vandalism offences.

Items smuggled under guise of iron goods (India)
(11 July 2016; The Times of India)
Stolen idols and restricted wood were being smuggled together in a shipment that was purposefully mislabelled at Chennai Port.

Idol robberies rising in Chhattisgarh, allege Congress (India)
(14 July 2016; The Times of India)
“Opposition Congress pointed out that an organised gang of idol thieves with international links was active in the state”

Deenadhayalan produced in CJM court in Srivilliputtur (India)
(14 July 2016; The Hindu)
The 84-year-old accused idol smuggler has been remanded to judicial custody until 27 July.

Theft in temple (India)
(15 July 2016; The Hindu)
Idols with silver masks and donations were taken from the Karnakata temple.

Why confiscating idols alone will not break up the smuggling ring thriving in TN (India)
(11 July 2016; The News Minute)
The problems are more systematic and deep-rooted, a seizures won’t change the insecurity.

TN gets back two 1,000-year-old idols smuggled to US (India)
(12 July 2016; The Times of India)
The two idols had been stolen from Varadharaja Perumal temple at Suthamalli in Ariyalur district

Ariyalur to America and back: How 2 antique idols returned (India)
(12 July 2016; The Times of India)
The pieces are, of course, tied to Subhash Kapoor

The rogue’s gallery: Subhash Kapoor and India’s stolen artefacts (India)
(17 July 2016; The Indian Express)
A long read recapping much of the Kapoor case up to this point.

Police set up task force following desecration of 4 Hindu temples (Malaysia)
(11 July 2016; The Sun Daily)
The task force is committed to discovering the motive behind the spate of vandalism at Hindu temples.

Gold statues of deities stolen from Penang temple (Malaysia)
(13 July 2016; Asia One)
This is the fifth case of temple break in in Penang in the past two months.

End to Penang temple vandalism streak? Cops believe they caught the man (VIDEO) (Malaysia)
(14 July 2016; The Malay Mail)
“We have a CCTV recording showing him gesturing angrily at the deities before defiling them and stealing some items”

Leading Iranian artist accused by authorities of disturbing the peace (Iran)
(11 July 2016; The Art Newspaper)
“The accusations are that my art is based on ‘spreading the falsehood’ and ‘creating public anxiety'”

Netanyahu Reportedly Secreted Auschwitz Blueprints to Israel (Israel)
(13 July 2016; The Jewish Voice)
The Israeli PM apparently did not know he was doing something illegal.

Police seize priceless 2,000-year-old Aphrodite statue in Istanbul (Turkey)
(12 July 2016; Hurriyet Daily News)
One of the men detained claimed he got the artefacts in exchange for a house he had sold.

Pokémon Go in the Holocaust Museum or Ground Zero: Nintendo has no fix yet (General)
(13 July 2016; Vox)
The game encourages players to visit heritage spots, but some are deemed too solemn for hunting Pokémon.