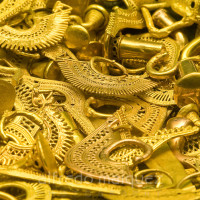 So, Those Cool Souvenirs You Bought on Vacay Might Not Actually Be Legit
(24 June 2016; Yahoo News)
Buying antiquities souvenirs is harmful. Think and research before you buy.

Ancient Egyptian Relics Returned After Surfacing at Israeli Auction (Egypt, Israel)
(21 June 2016; Haaretz)
The lids have arrived in Cairo and have been formally returned.

Stolen University of Victoria native art recovered (Canada)
(25 June 2016; CHEK)
“Someone threw the art covered in a blanket at a storefront”

First Nations shrine collecting dust in New York museum’s basement (Canada, USA)
(23 June 2016; Vancouver Sun)
The Yuquot Whalers’ Shrine is in the American Museum of Natural History and, perhaps, shouldn’t be. The museum has not received a request for repatriation.

Largest collection of Peruvian Antiques returned (Peru)
(23 June 2016; Peru This Week)
More than 4000 pieces were returned from a number of countries.

Antique store worker returns stolen icon to Wichita church (USA)
(20 June 2016; KSN)
The thief told the trader that the icon was his grandmother’s.

Graffiti artist banned from 20% of US after Reddit users’ investigation (USA)
(21 June 2016; The Guardian)
Reddit’s hiking and climbing community tracked her down and reported her to the NPS.

9/11 Memorial by Concho River destroyed; steel stolen (USA)
(21 June 2016; Standard-Times)
The piece had a piece of steal from the World Trade Center wreckage.

Man arrested in theft of trailer containing $250,000 in artwork by Matisse and Chagall (USA)
(21 June 2016; The Los Angeles Times)
Detectives found the stolen trailer in the man’s backyard and the LA Police Department’s Art Theft Detail recovered some but not all of the stolen works.

Remains of 18 people stolen from cemetery in Stratford (USA)
(24 June 2016; Fox61)
It is unclear if the urns or the human remains were the target.

Theatre built as tribute to Anglo-French friendship vandalised (France, UK)
(20 June 2016; The Guardian)
Spray-painted graffiti one week before it was due to open.

Trémel. Un joyau du XVIe siècle ravagé par un incendie (Trémel. A sixteenth century jewel destroyed by fire; France)
(21 June 2016; Le Télégramme)
The interior was mostly wood and the building is now ruined. An investigation has been opened into the cause of the fire.

Germany passes law to keep art of ‘national value’ in the country (Germany)
(23 June 2016; DW)
A step forward for the prevention of the trafficking of antiquities into Germany.

Police recover 16 ancient artifacts, man detained (Greece, Peru)
(21 June 2016; eKathimerini)
Half of the pieces are Hellenistic, the other half appear to be from Peru.

Stolen paintings found in Wicklow ditch to be auctioned in London (Ireland, UK)
(24 June 2016; The Irish Times)
The pieces are being sold by the insurance company that paid out for them.

War hero’s medals stolen from son on the train returning from his funeral (UK)
(19 June 2016; Bristol Post)
The medals were not targeted as they were in a bag on a train.

Treasure hunter fined for stealing ancient gold ring (UK)
(23 June 2016; Mid Sussex Times)
The “illegal metal detectorist told the authorities he was ‘in it for the money'”.

Stolen medieval panels restored and reinstalled in Devon church (UK)
(24 June 2016; The Guardian)
“Screens bearing paintings of St Victor of Marseilles and St Margaret of Antioch back on display at Holy Trinity church”

Art student’s agony as degree show submission is stolen (UK)
(25 June 2016; STV)
The piece was taken from an exhibition at Gray’s School of Art in Aberdeen

Thieves cause £20,000 of damage to one of Stockton’s most historic buildings (UK)
(23 June 2016; The Northern Echo)
Half a tonne of lead was taken from the roof of Stockton Parish Church.

Police appeal for witnesses after thieves steal lead from Hillhouse Parish Church roof (UK)
(24 June 2016; Daily Record)
The lead theft from the Hamilton church has caused thousands of pounds worth of damage.

Talking Point: Neglect of ancient heritage (Australia)
(20 June 2016; The Mercury)
A string of failures in policy to prevent Tasmanian ancient art from being vandalised.

Mess marks spot when food splatters masterpieces (Australia)
(23 June 2016; The Australian)
The Art Gallery of NSW is under fire for allowing cooking for events to go on too close to artworks with food causing damage to the pieces.

Art heist or misplaced masterpiece? Missing painting baffles Nelson artist (New Zealand)
(23 June 2016; Stuff.co.nz)
The artist Marilyn Andrews is hoping people will keep an eye out for it as it is unclear how or why the painting has disappeared.

CCTV surveillance at Golden Temple helps nail thieves (India)
(19 June 2016; The Tribune)
Not primarily for sacred art theft, but an interesting result of increased protection to a temple.

Archaeology Dept. awaits nod to beef up security (India)
(20 June 2016; The Hindu)
Tamil Nadu would like to use ex defence service personnel to protect monuments but haven’t had final approval.

Govt has no record of artefacts stolen during militancy years (India)
(21 June 2016; The Tribune)
Proper documentation, which the state doesn’t have, is a must for repatriation claims.

Miscreants damage ancient Rameshwar temple at Halasi (India)
(21 June 2016; The Times of India)
The Kalash at the top of the 10th/11th century temple was toppled.

Four students picked up for possessing ‘bronze’ idol, released (India)
(24 June 2016; The Times of India)
Working on a tip the police arrested the students but the statue turned out to be a replica.

Robbery attempt at Marakathambiga Sundarashwarar Temple caught on camera (India)
(24 June 2016; DNA)
Six robbers attempted to steal statues from the temple; guards were able to arrest two of them.

On the trail of stolen artefacts (India)
(20 June 2016; The Hindu)
The India Pride Project, “a group of motivated stakeholders comprising people from across the globe”, working to bring Indian antiquities home.

Connoisseur & Smuggler:The 84-year-old art dealer and his collection of `stolen’ idols in Chennai (India)
(20 June 2016; The Indian Express)
Who is M. Deendayal, the 84-year-old at the centre of a major idol smuggling bust?

2 idols seized in Chennai could be from Tiruchi (India)
(20 June 2016; The Hindu)
Officials from 31 temples went to see the haul and two have been identified so far.

Police arrest idol smuggler, seize 9 ancient statues (India)
(25 June 2016; The Times of India)
The man was arrested in Mahabalipuram. This is a trickle-down arrest coming from info gathered during the Deenadhayalan arrest.

Why is Korean art market vulnerable to forgery? (South Korea)
(21 June 2016; The Korea Herald)
Fall out from the Lee U-fan forgeries.

Saudi heritage revival too late to save many cultural treasures (Saudi Arabia)
(22 June 2016; Reuters)
The country’s new heritage plan is financed to the tune of $1billion but deliberate destruction has been going on for decades.

Snapchat Is (Allegedly) Back at It Again With Plagiarized Filters (General)
(21 June 2016; The Fashion Spot)
Two different artists have claimed their work has been stolen.

Viking axe mystery ends in student bloodshed on streets (UK)
(21 June 2016; South Wales Evening Post)
A fight in the streets of Wales is exactly what one should expect over a Viking reenactment axe theft.

Artists have recreated lost & stolen artwork using only Adobe stock photos and Photoshop (USA)
(21 June 2016; The Drum)
“At the `Make a Masterpiece’ website, viewers can check out each piece of recreated artwork along with the story behind the original and why it no longer exists today.”