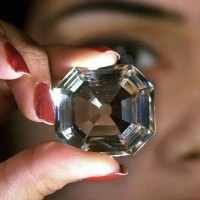 Hot this week: Facebook art censorship gets panned by everyone

Egyptian archaeologists call for tougher security measures after ‘sale of pyramid pieces’ (Egypt)
(7 February 2016; Ahram Online)
That said, the site is vast and hard to police.

Three Valuable Islamic Lamps to Return to Cairo After Being Looted, Replaced With Fakes (Egypt)
(11 February 2016; Egyptian Streets)
A successful return, but questions remain of course about collection security.

Stolen mosque lamps to return to Egypt as Cairo museum houses new database (Egypt, UK)
(11 February 2016; The Art Newspaper)
The three Mamluk mosque lamps were stolen from the national collection and offered for sale in London.

Delincuentes roban joyas y objetos litúrgicos de iglesia (Delinquents steal jewelry and liturgical items from church; Peru)
(11 February 2016; RPP)
The thieves breeched the wall of the Huayachao church and took liturgical items and jewellery off the statues. The police have not investigated.

Destructive dig: Illegal dig at historic Fort Ellis prompts archaeological concerns (USA)
(8 February 2016; Billings Gazette)
“Even if the diggers were charged they would have faced only misdemeanor charges.”

Museum: dog statue stolen from grounds (USA)
(11 February 2016; Albuquerque Journal)
Have you seen this dog? The piece was stolen from The Albuquerque Museum of Art and History.

Import restrictions extended, not expanded (USA, Italy)
(11 February 2016; Numismaster)
The US will still restrict the import of looted and stolen Italian coins and several usual suspects are pouting about that.

Experts Say Ann Freedman Likely Settled Due to Surprisingly Damning Evidence (USA)
(9 February 2016; ArtNet News)
I am still finding it hard to understand why the damning nature of the testimony was a surprise to Freedman.

Knoedler Trial Breaks Unexpectedly Ahead of Key Witness Testimony (USA)
(9 February 2016; Blouin ArtInfo)
There really was no chance of Knoedler winning this case. All testimony up to this point was devastating.

Top 9 Takeaways From Knoedler Forgery Trial (USA)
(12 February 2016; ArtNet News)
“Why is the art market so unregulated?” is one if them. Sigh.

Police release video of man sought for questioning in Chihuly theft (USA)
(10 February 2016; The St. Petersburg Tribune)
The glass art was returned but the police would like to talk to the person seen in video speaking to the returner.

Treasures Dug Up by Tomb Robbers Returned to Italy (Italy, Switzerland, UK)
(4 February 2016; Live Science)
Some of the Symes artefacts recovered from Geneva were in the Medici photo archive.

Former Dealer of Art Forgeries Exhibits His Own (Legal) Paintings (UK)
(7 February 2016; Vice)
Apparently Rizvan Rahman is trying to bounce back after his forgery conviction a few years ago.

Britain must free the blood-soaked queen of diamonds Koh-i-Noor (UK, Pakistan, India)
(13 February 2016; The Australian)
But to who?

NGA wants to return buddha, but doesn’t know where (Australia, India)
(12 February 2016; The Australian)
A very interesting case. The gallery says that they are waiting on the Indian government to tell them where the piece goes.

Heritage table goes up in smoke (India)
(7 February 2016; The Tribune)
The stolen Le Corbusier table was rejected and destroyed by a scrap dealer who thought it was not authentic.

A 75-year-old archaeologist catches artefact smugglers sitting on his computer (India)
(8 February 2016; Catch News)
A feature on the work of Prof Kirit Mankodi.

वेंकटेश मंदिर से बेशकीमती मूर्तियां चोरी (Three ashtadhatu idols stolen from temple; India)
(9 February 2016; Amar Ujala)
The temple lock was cut at night and the theft was discovered by the temple priest in the morning.

Ganapati idol stolen from temple of Hoysala period (India)
(12 February 2016; The Hindu)
The black stone Ganapati was taken and a Sri Suryanarayana Swamy idol was damaged during this theft from an 800-year-old temple.

Idol smugglers’ gang busted, nine held in Bhagalpur (India)
(10 February 2016; The Times of India)
The 9 people had several idols and currency from Nepal and Bhutan. Apparently they gave a lot of info to the police about how idol smuggling works.

Cops bust gang that targetted 21 temples, stole jewellery, cash (India)
(13 February 2016; Pune Mirror)
The gang operated for over a decade across several states. They also recovered a silver idol in the raid.

‘Buyer, Be Fair’ Nonagenarian Warns Owner of Family Art Stolen in WW2 (Israel)
(8 February 2016; Haaretz)
Toren is searching for the Israeli buyer who purchased some of his family’s Nazi-stolen artwork.

Ancient coins were replaced with fakes between 2001-2002 — PM (Jordan)
(9 February 2016; The Jordan Times)
A bit more info about what is going on with fakes in the Citadel Museum in Amman, but not much more.

Cheikhmous Ali: the Syrian archaeologist who doesn’t take sides (Syria)
(10 February 2016; The Art Newspaper)
“Ali has retraced the routes that Eastern European gangs are using to move objects through Lebanon and Turkey.”

Spray painted tomb to be cleaned by experts (Turkey)
(11 February 2016; Hurriyet Daily News)
The nearly 2000-year-old Berberkaya tomb has graffiti on it which will be taken off by a team of experts.

Justin Bieber apologises for ‘mooning’ on ancient Mayan ruins in Mexico (Mexico)
(12 February 2016; The Independent)
Well the Independent means “Maya” there, not “Mayan” but whatever. Clearly Tulum wasn’t impressed.

Facebook removes image of Evelyne Axell’s ‘Ice Cream’ because it is ‘suggestive content’ (USA)
(11 February 2016; The Independent)
‘If this is “suggestive” then we’re in trouble’

Spotting a fake fossil at the Tucson Gem and Mineral Show (USA)
(13 February 2016; Tucson News Now)
Nope you can’t even trust your fossil dealer. Also some are illegal…