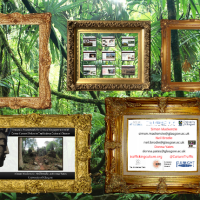 Visuals from some of the public lectures I gave in November.

Thank you to Jason Felch of Chasing Aphrodite who reminded me that I needed to post these.

Note for the University of Chicago and the DePaul presentations, I am only able to share my portion of them. The other two thirds belong to my colleagues so you will only see one section of these.

Toward a Framework for Critical Engagement with Crime Control Policy in Trafficking Cultural Objects
with Neil Brodie and Simon Mackenzie
University of Chicago, Nov 2015

We will review some of the project’s work over the last four years and develop various components of a crime prevention framework to advance thinking about controlling the illicit market. Regional ethnographic case study evidence gathered by the project will be reviewed and used to explore some of the regulatory challenges. Using contemporary examples of looting and conflict, the speakers will reflect on reasons why current crime prevention policy fails in this area, and propose improved approaches.

We explore the illicit market in cultural objects from end to end: beginning with a case study of organized criminal activity in a source country and following the chain of supply through transit portals and into the market. Drawing on cases like the seizure in the U.S. of the Duryodhana statue, originally taken from the Koh Ker temple complex in Cambodia, and its return to Cambodia, the speakers will examine evidence of the paths that similar statues have taken out of Cambodia and other countries, and the various roles of the players involved in their removal and transit. The lecture will also explore how actors in the public trade sector deal with the market reception of illicit cultural objects, and consider comparisons with dealing and collecting mentalities in other precious collectible markets.

For decades now, illicit traffic of cultural objects has been a core challenge for cultural heritage preservation. The looting of sites is destructive and the grey market for stolen antiquities is exploitative. It has been 45 years since the drafting of the 1970 UNESCO convention, yet looting and smuggling persist and the antiquities market remains unregulated. Our current cultural property regulatory system has failed and we must find out why. Since 2012, the Trafficking Culture Project at the University of Glasgow has been working to understand this regulatory shortfall. The talk will present some of the core findings of project through case studies from Cambodia and India. By going through the stages of these crimes, we will explore how the criminal networks functioned, what factors facilitated the crime, and identify ‘weak links’ in the smuggling chain where we could intervene in the future to protect other cultural objects from being stolen.