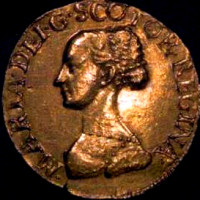 Some questions and my answers about a Scottish museum heist and museum security.

I was recently contacted by Jonathan Knott of the Museums Association to comment on a piece about the recent thefts from the Kingdom of the Scots gallery at the National Museum of Scotland, which I wrote about in this post. It turned out to be a pretty good Q&A so, with Mr. Knott’s permission, I’ve posted it here in its entirety (including my usual typos!). Check Mr. Knott out on Twitter: https://twitter.com/jonathan_knott

Knott’s article can be found on the Museum’s Journal website: Police still searching for gold coins stolen from National Museum of Scotland

JK: In general, what would be likely to happen to stolen artefacts like this? Would they be sold on the black market and does the release of images by the police suggest this is what has now happened with the coins? When, if ever, could these objects be expected to resurface?

DY: It is incredibly hard to say and absolutely anything you or I say will be pretty much pure speculation. Crime and speculation about crime seem to go hand in hand. Note there is only one market for antiquities, there isn’t a ‘white’ market and a ‘black’ market. Some have referred to the market for antiquities at ‘gray’ because it usually isn’t possible to distinguish between licit and illicit objects for sale. I’d say “buyer beware”, but it is more “everyone has been robbed”. Anyhow, speculating, the coins may have been stolen for direct sale (e.g. the thieves had a buyer lined up); they may have been stolen directly by the person who wanted to posses them; they may have been moved on to the market with, say, a false provenance story; the thieves could be non specialists, just took an opportunity, and have no idea how to fence them.

The reason that the police have released the images is, very likely, because it makes the coins harder to sell. Especially in the latter case where the thieves are now holding loot that they don’t really know how to get rid of, any coin buyer or dealer who follows coin news will recognise the stolen ones and (hopefully) call the police. Why weren’t the images released earlier? I can’t say. You’d have to ask the police. As for when they are likely to resurface? Again, that is total speculation. When the men who stole them are arrested and they either still have them or they roll on whoever they sold the coins on to? When they try to sell them to a dealer who recognises them? When someone gets cold feet and shoves them through the NMS mail slot (this actually happens quite often)? When they are seized in the possession of a random 3rd party criminal who is being arrested for something else entirely? When they are found 300 years from now as a hoard buried in a garden in Perth?

JK: From your visit to the gallery, did you get the impression that low staffing levels had contributed to both the recent thefts from the Kingdom of the Scots gallery?

DY: Important: Correlation is not causation. Both the recent thefts happen at the Kingdom of the Scots gallery happened because someone wanted to steal some stuff and was motivated to do so. When I visited the gallery I had a lot of trouble finding a member of staff, however I cannot possibly say that this relates to staffing on the days of the theft. For all I know the gallery was OVER staffed on those days. Seems unlikely in the second instance since there was a strike on, but still I cannot possibly comment or speculate beyond that.

JK: From your visit + knowledge, what did you think the motives for stealing these particular objects were? (I.e. Ease of access, value, etc). I can understand why the coins would go as they were high value, I’m a bit more puzzled by the oak panels that were taken in 2014, which didn’t seem to be particularly high value.

DY: Again, speculating on an individual’s motivation is a boggy mire to sink into. Whatever I say is not likely to be going through the thieves minds. I can say, for the coins, ease of access wasn’t an obvious factor. Having a look at the case, I couldn’t immediately see how to open it. It’s a pretty solid thing.

I do think it is problematic to think that resale is the only motivation for art and artefact theft. You shouldn’t think of the panels as having low value on the market. You should think of them as having no value at all on the market. They were stolen form a museum so they are pretty much unsaleable. This is the case for everything stolen from a museum. That stuff is documented. There isn’t a market for it at all. For the coins, they only have resale value if the sellers are able to convince someone that these are NOT the coins from the NMS but are, rather, other similar coins. Stolen coins also have absolutely no value on the market. Which means anyone stealing from a museum hoping to make money off the deal has made a mistake. However, if they, say, steal an oak panel because it is pretty cool and they want it on their wall, well, there you go.

JK: The thieves only took the most valuable coins, so does this suggest they had some kind of expertise?

DY: Are you getting that from me or from the NMS. If you are getting that from me/my blog, that was an off handed conversation I had with a museum guard and should not be treated like anything more than that. That was the guard’s impression of the situation which, of course, was also filtered through my memory of the conversation. I wouldn’t publish that unless the NMS told you directly that these were the most valuable coins.

That aside, picking “the gold ones” from a coin line up doesn’t require a lot of expertise.

JK: Based on your experience of art/cultural crime, how likely is it that there could be a link (ie same people involved) between these two thefts (oak panels in 2014 and coins in 2015)?

DY: Again, speculation! But, asking me, in my opinion, the likelihood of a link is about zero. There isn’t really any crossover between the ‘random oak panels’ and the ‘coin’ scene in any respect (sale, specialty, collection, interest, etc). They probably have totally different curators within the museum even.