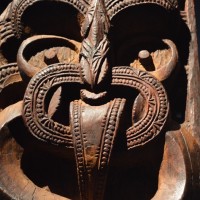 Pondering the past with returned antiquities in cultural context.

Before 1830, Te Āti Awa, a Māori group, hid a group of beautiful carved storehouse panels in a swamp as they fled attackers; they planned on coming back for them. In 1972 the panels were found by a man cutting a path. They were then sold, smuggled, and sold again to collector George Ortiz. In 1978 Ortiz’s daughter was kidnapped and he put the panels up for sale to help pay the ransom. This started a legal battle for the return of the smuggled items to New Zealand which stretched on for years. New Zealand lost. In 2014, after Ortiz’s death, his heirs sold the panels back to New Zealand. They were installed in the Puke Ariki museum in New Plymouth (note: I LOVE THIS MUSEUM), only a couple of kilometers from where they were hidden nearly 200 years ago. For the full story, definitely see the Trafficking Culture website.

Last week I had the privilege of seeing both the panels and context. Return is for the living and what I saw was so much better than the cold, soulless isolation that these beautiful pieces were trapped in while part of the Ortiz collection. They are home and I, Te Āti Awa, and really everyone can now enjoy them.

The director of Puke Ariki, Kelvin Day (you must read his article on the community archaeology project in the 1960s to search the local swamps for carved panels), provided my family and I a wonderful introduction to the panels, and discussed their return and what it means to the museum and the community. He said he always knew they would come home, the question was when.

And what a homecoming!

Particularly moving from my visit was Day’s description of his display decisions for the panels. He said that he wanted to show them in position and context rather than just stark on a flat background with little of their social meaning retained. Thus Puke Ariki had the panels set on a storehouse-shaped frame with similar panels from the region on the front (including one that may have been made by the same artist), and the Motunui panels arranged properly on the back. The storehouse frame is set at the height that the original storehouse would be, thus observers can appreciate the panels from the exact angle they were meant to be seen from. The storehouse frame rotates slowly.

Also quite surprising and exciting: the panels are not under glass. Indeed, as Day said, they are so close to the observers that there is a risk that museum visitors will touch them. There is a gentle voice reminder asking people not to do that, and Day said this was a risk they were willing to take to keep the panels near the people. To let us interact with them. 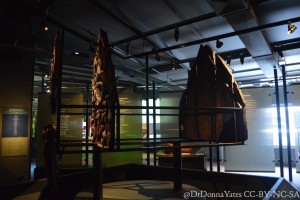 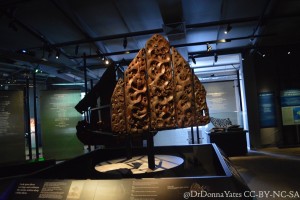 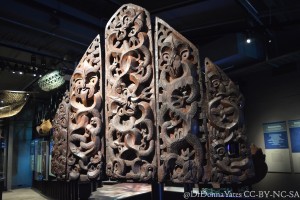 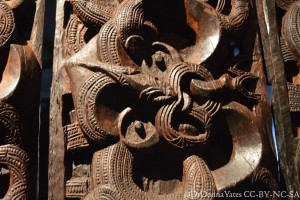 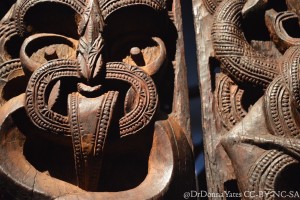 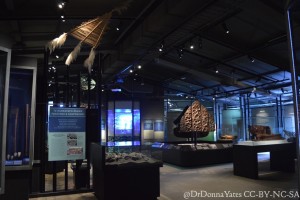 And really, after years of being trapped in a horrible Swiss vault, these living carvings need to breathe.

After our visit to the museum, my family and I drove out to Motunui and around to the area where the panels were once hidden. There, with the sea on one side and the looming volcano, Mt. Taranaki, on the other. We pictured what Te Āti Awa must have felt as they hastily covered their most precious things with earth. They were trying to escape old enemies who were settling old scores now that they had guns from Europeans. Life as they knew it was changing and they had to get out of there fast. But they hoped to return and they hoped their most precious things would be there for them when they did.

Interestingly, though, it was those most precious things that both left and returned. 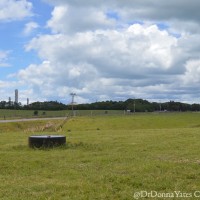 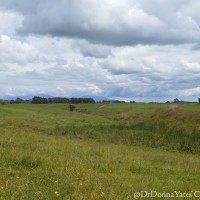 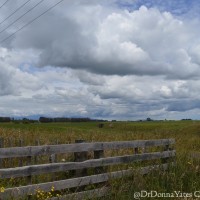 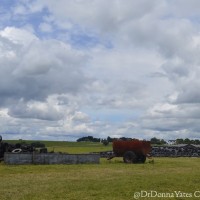 When pieces of cultural heritage are ripped from their context and tumbled into foreign museums to be experienced as dead art objects, this is what we all lose. Until now we were prevented from both pondering the panels and then making the 10 minute drive out to Motunui to stand on the side of the road and picture the landscape at the end of an era. Private collections of what was meant to be public culture rob us of that.

Everyone: go visit the Motunui panels at Puke Ariki, then visit Motunui. It is a rare chance to feel the past come right.