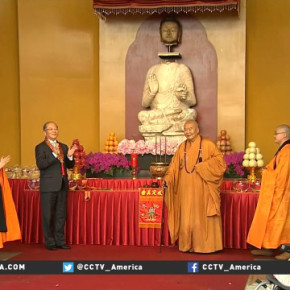 Hot this week: Who looted the Boston Public Library?

Is it time to rethink our ideas about preserving world heritage?
(22 May 2015; Financial Times)
Thoughts on what preservation is and can be in light of Iraq/Syria.

Making millions from art forgery is easier than you think
(22 May 2015; Financial Review)
Somehow, I don’t think it actually is.

Activists accuse antiquities minister of destroying vital heritage site (Egypt)
(18 May 2015; Ahram Online)
The Hellenistic site was discovered in 2012 and the Egypt Heritage Task Force claims that the ministry improperly returned the site to the landowner who has damaged it.

Egypt antiquities ministry responds to accusations of Alexandria excavation site ‘destruction’ (Egypt)
(19 May 2015; Ahram Online)
Antiquities Minister Mamdouh Eldamaty claims to have never met anyone on the Egypt Heritage Task Force and that there was extensive discussion and consultation about the site before and after decisions were made.

Apis Bull of Hadrian is safe and sound: antiquities ministry (Egypt)
(20 May 2015; Ahram Online)
The ministry denies reports that the bull was either illegally moved or damaged during travel.

Looming spectre of theft at art galleries (South Africa)
(18 May 2015; The Citizen)
A discussion of art gallery theft in South Africa. The commentators see theft from galleries, dealers, and museums as on the rise.

Cairo Declaration to protect Middle East cultural heritage (Egypt)
(18 May 2015; Ahram Online)
Following a two day conference, 6 recommendations were made to help combat current threats to heritage in the region.

Art acquired in WWII Germany returned by Montana brothers (USA)
(17 May 2015; Independent Record)
The paintings left post-war Germany under dubious circumstances and have now been given back to Jewish heirs.

Valuable, 60-year-old bonsai stolen from Federal Way museum (USA)
(18 May 2015; Seattle Times)
The tree, a juniper, was taken from the Pacific Bonsai Museum after it seems someone jumped the fence and set of the security alarms just before 5am.

Valuable bonsai recovered after theft from Federal Way museum (USA)
(20 May 2015; Seattle Times)
The bonsai is back! But severely pruned.

$75K in Grateful Dead memorabilia stolen from Union auction house, police say (USA)
(18 May 2015; Northwest Herald)
The memorabilia was stolen from Donley’s Auction Services in Union Illinois. Commentators say the pieces are too well known to be resold by thieves.

Coral Gables homeowner: Crime ring behind theft of paintings (USA)
(19 May 2015; WSVN)
In light of several thefts of art from homes in the area homeowners in this Florida city suspect a crime ring targeting Cuban works.

Angry Juror Booted, Detained In $11M Art Theft Trial (USA)
(19 May 2015; Law 360)
It is unclear what made the juror in Luke Brugnara’s California trial so angry, but the person was dismissed and then detained.

Rembrandt, Dürer artwork missing from Boston Public Library (USA)
(19 May 2015; Boston Herald)
The works were taken from the print collection and inside sources say that they could have been missing for up to a year without anyone noticing. There is hope they are misfiled.

Library worker placed on leave as art remains missing (USA)
(21 May 2015; Boston Globe)
One employee has been removed from her post following the disappearance of a Dürer and a Rembrandt print. She has not been charged with anything.

Museum gets hit with second theft (USA)
(21 May 2015; News-Press)
Copper wiring and a Civil War Union soldier jacket were taken from the Pony Express National Museum, the second recent theft at the museum.

`Eyeball’ Mask, Classic Album Cover Of `The Residents’ Stolen From SF Man (USA)
(22 May 2015; CBS)
The mask and album cover were intercepted in the mail while they were being sent to a museum in Seattle

Miracle or Providence? Oklahoma House unanimously encourages OU to return `Shepherdess’ (USA)
(23 May 2015; City Sentinel)
The continued fight over a Pissarro in Fred Jones Jr. Art Museum at the University of Oklahoma considered to be Nazi-looted art.

French collectors hand back gold to China they had given to Musée Guimet (France)
(12 May 2015; The Art Newspaper)
The allegedly looted antiquities had been donated by collector François Pinault

Russian billionaire’s family trust joins Picasso heir in accusations against leading art dealer (France)
(18 May 2015; The Art Newspaper)
This ordeal is getting murky a trust associated with Dmitry Rybolovlev gets involved in the accusations that Catherine Hutin-Blay has been making against Olivier Thomas and Yves Bouvier.

Did Dmitry Rybolovlev Buy Paintings Stolen From Picasso’s Stepdaughter? (France)
(19 May 2015; ArtNet News)
An attorney from the Ryvbolovlev family trust says so via email which seems to be at the core of the complaint against dealers Olivier Thomas and Yves Bouvier.

Plot thickens in alleged Picasso theft case (France)
(23 May 2015; The Art Newspaper)
More news from the Catherine Hutin-Blay case, over 60 works are allegedly missing from a storage facility in Gennevilliers.

Hitler’s horse sculptures found by German police (Germany)
(21 May 2015; Telegraph)
After learning someone was trying to sell the stolen horses on the black market and that there were other artworks involved a series of raids were conducted.

First work from Gurlitt hoard goes under the hammer (Germany)
(22 May 2015; The Art Newspaper)
The heirs have decided to sell the Lieberman painting at Sotheby’s.

Painting stolen by Nazis to be sold by rightful owner who saw it being seized from his uncle’s home 80 years ago (Germany)
(22 May 2015; The Telegraph)
More on the sale of the Liebermann.

Guggenheim vs Guggenheim in French court over art treasures housed in Venice (Italy, France)
(18 May 2015; Art Daily)
A battle among relatives and the foundation about how the collection is displayed.

Veinte detenidos de una banda que intentó robar las imágenes de la iglesia de Santiago (Spain)
(22 May 2015; Diario de Almería)
Twenty people were detained and a suspected 35 people are thought to have been part of a plan to rob sacred art from the church of Santiago in Murcia.

Stolen 15th-century Torbryan church icons recovered by police (UK)
(19 May 2015; The Guardian)
The 15th century panels were taken in 2013 and were spotted by a private collector being offered in an online sale. The collector notified the police.

Detectives unearth scores of church thefts dating back 10 years (UK)
(20 May 2015; The Guardian)
Operation Icarus has led to the recover of 60 stolen pieces of sacred art, including misericords taken from St Cuthbert’s in Holme Lacy, Herefordshire. Somehow a gorilla head was involved.

‘We didn’t really think we’d get away with it’: The astonishing story of how two young Irish men completed an audacious £7m art heist (UK)
(22 May 2015; Independent)
On simply taking a painting off the wall at the Tate and walking out the door with it in 1956.

Rare book experts join forces to stop tome raiders (United Kingdom)
(17 May 2015; The Guardian)
Reporting on a conference against rare book and document theft to be held at the British Library.

Statues discovered in Kampong Thom forest (Cambodia)
(22 May 2015; Phnom Penh Post)
The 13 broken Buddhist statues are thought to have been looted and hidden by smugglers. A tip from the public led to the recovery.

Experts disagree over antiquity repatriations (Cambodia)
(23 May 2015; Phnom Penh Post)
Looking into the return question in light of the Cleveland Museum’s return of the Hanuman statue to Cambodia.

Dutch owner vows to send ‘living Buddha’ statue back to China (China)
(20 May 2015; Shanghaiist)
Oscar van Overeem bought it in Amsterdam from someone who bought it in Hong Kong. He claims he has proof it comes from ANOTHER temple in the same province but is sending it back. Begs the question why he didn’t send it back before.

Cops get a tip-off on artefact smuggling from Iraq cities under IS siege (India)
(19 May 2015; Indian Express)
Iraq believes that their antiquities may be smuggled into India for a South Asian market and has warned Mumbai police as such.

Thieves break antique idols hoping to find gold inside (India)
(19 May 2015; The Hindu)
A horrific case. Thieves stole three idols, broke them open looking for non-existent gold, welded them back together, and were caught trying to sell them to a person who notified the police. Idols were panchaloha from Chennakeshava temple, Alur.

Nepalese call for return of stolen statues after quakes (Nepal)
(19 May 2015; France 24)
A discussion of the stolen Nepali sculptures in western museums. The work of Joy Lynn Davis.

Customs foil bid to smuggle Buddha statues (Pakistan)
(20 May 2015; Express Tribune)
The Gandhara-era piece, mixed in with fakes, was stopped at the airport in Islamabad and the passenger with them was booked on a flight to Turkey on a private airline.

Ceremony held as stolen head of statue returned after 18 years (China)
(23 May 2015; CCTV)
Video. The sculpture is from Hebei province and its head was stolen in 1996. The head was donated to Taiwan’s the Fo Guang Shan Monastery in Kaohsiung in 2014 and the two parts have been reunited.

Boy digs up 1,400-year old wine press in Jerusalem (Israel)
(18 May 2015; Haaretz)
After a stake out, the Israel Archaeological Institute discovered a site that seemed to have been looted was actually being excavated by 13-year-olds who were into archaeology. Still illegal of course but the kids have been directed to legal archaeology activities.

We must save Palmyra or the maniacs will raze civilisation (Syria)
(17 May 2015; The Telegraph)
Johnson has a lot of feels about the situation in Syria and Iraq but no real ideas about how to do anything about it.

Palmyra: Islamic State locks down ancient city’s museum (Syria)
(23 May 2015; BBC News)
They’ve destroyed some plaster replicas and raised a flag but most of the museum objects had already been removed to Damascus.

Turkey: Armenian Church Sues for Lost Property (Turkey)
(21 May 2015; Eurasia Net)
The Armenian Apostolic Church is suing Turkey from the return of the ancient religious centre of Kozan, part of property that was sized during WWI.

FNC passes antiquities draft law (UAE)
(20 May 2015; Gulf News)
The draft law is meant to hinder looting and antiquities trafficking throughout the emirates.