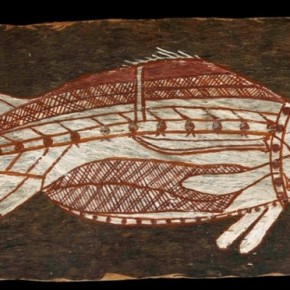 Hot this week: The UN acts on Syria, but is this an act?

Helen Mirren Champions Restitution of Nazi-Looted Art
(12 February 2015; ArtNet News)
This was at a press conference associated with her film Woman in Gold.

Piden ejidatarios blindaje de ruinas (Ejidatarios plan on protecting ruins; Mexico)
(11 February 2015; Criterio)
Farmers of communal land in Hidalgo wish to provide protection for archaeological sites on the land because they are being looted. They also hope to attract tourists

Picasso called me ‘little cousin’, says electrician on trial over art hoard (France)
(10 February 2015; The Guardian)
The electrician says that 271 works by Picasso were given to him by the artist or the artist’s wife. Picasso’s heirs suspect otherwise.

Hundreds of tombs defaced in Jewish cemetery in France
(15 February 2015; France 24)
The incident took place in the east in Sarre-Union but this is not the first time that Jewish cemeteries in France have been defaced.

Lost’ Leonardo da Vinci painting seized by Italy
(10 February 2015; The Telegraph)
Ritratto di Isabella d’Este, which was found in a Swiss bank vault in 2013, had been missing for centuries. It disappeared again, but this summer turned up as part of an insurance fraud investigation.

Da Vinci Expert Denies Authenticating Seized Leonardo Painting Found In Swiss Vault (Italy)
(12 February 2015; Artlyst)
Yet Carlo Pedretti, a da Vinci expert, says that he never authenticated the piece even though it is being reported that he has.

Germany Returns Antique Books Stolen in Italy
(14 February 2015; VOA News)
The 500 books, including 1st editions of Galileo and Copernicus, were stolen by an Italian librarian from the Girolamini library in Naples.

British Parliament Considers Action on ISIS’s Trafficking of Antiquities
(10 February 2015; ArtNet News)
It will be interesting to see what that action will be.

UK treasures endangered by museum cuts
(10 February 2015; The Guardian)
The Portable Antiquities Scheme is under threat due to local budget cuts for heritage.

Royal Chapel inside St Giles’ Cathedral closed because of thieves (UK)
(11 February 2015; Royal Central)
Among the items missing from Thistle Chapel are “a decorated hanging curtain commissioned by George VI, a Knight of the Thistle seat cover, a 19th-century alms, and plate altar cloth”

Police issue warning over Hadrian’s Wall nighthawking
(11 February 2015; The Guardian)
Illegal metal detecting has been detected at Hadrian’s wall both on private land and on National Trust land.

Indigenous leaders fight for return of relics featuring in major new exhibition (Australia)
(14 February 2015; The Guardian)
The bark art was taken from the Dja Dja Wurrung people of Victoria in the mid 1800s and are sacred to the people of the region. The last time they were loaned to Australia they were seized under Australian law but eventually returned to the British Museum.

Panchaloka idol stolen from temple (STAFF REPORTER; India)
(11 February 2015; The Hindu)
This one was taken from the Muthalamman temple in Ernamangalam near Kalasapakkam.

Man Arrested for Robbing Temples (India)
(13 February 2015; The New Indian Express)
The man is charged with over 30 temple thefts. Among the items recovered are sacred ornaments, gold ornaments, and two leopard claws.

Senior-minor duo held for temple thefts (India)
(13 February 2015; The Times of India)
Same case as above. Turns out the man had the help of a 15-year-old boy who would stay in the temple and steal items while the man would take lodging near the temple and steal when opportunities came up. This is all in North Kerala.

Ancient tablets displayed in Jerusalem part of debate over looting of antiquities in Mideast
(12 February 2015; The Globe and Mail)
Cuneiform tablets from Iraq are always an issue. Contrary to what the museum in the article thinks, they are NOT ‘here for’ legitimising the illicit trade in antiquities by displaying them.

No black market’ in Grand Mosque relics (Saudi Arabia)
(10 February 2015; Arab News)
Antiquities and architectural fragments found during the expansion of the Grand Mosque have NOT been being sold on the black market said the Presidency of the Two Holy Mosques Affairs.

Syrian ‘Monuments Men’ Race to Protect Antiquities as Looting Bankrolls Terror
(10 February 2015; Wall Street Journal)
If I had money I would pay for reporters to stop using “Monuments Men”. The film wasn’t very good and the term is horribly gendered. A long piece on a controversial topic.

Historic cannonball stolen from southern castle (Turkey)
(10 February 2015; Hurriyet Daily News)
Taken from the entrance to the 1500-year-old Mamure Castle. The article claims the cannonball had been in that place for 400 years.