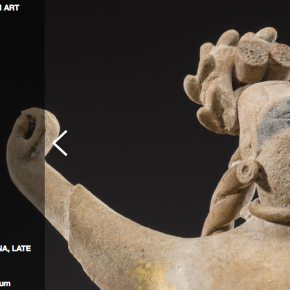 You know that Maya effigy vessel? The one dug up by Sylvanus Morely and his amigos?

I hope everyone involved is ashamed of themselves. I know they aren’t.

I’m actually feeling pretty dark about it. I’m the first one to link the vase to Morley online. I’m going to have to try to sleep at night thinking that perhaps that linkage inflated the price. As archaeologist Tom Guderjan said in The Art Newspaper: “With this provenance [tied to Morley], it is certain the value of the objects has likely doubled”. More than doubled it seems. Someone else would have found that, right?