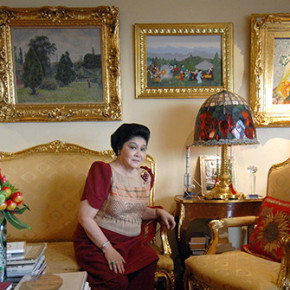 Totem’s Sound takes a cynical look at American colonialism
(8 October 2014, Kill Screen Daily)
A free video game from Mac and Windows that is showing in the Museum Dahlen from September 23rd 2014 to February 8th 2015. The game explores the complex world of late 19th century collecting of the art and artefacts of the Northwest Pacific Coast, forced cultural change and the commodification of the sacred. Give it a play.

Theft at unguarded Jain temple in Bhayandar (India)
(6 October 2014, The Free Press Journal)
Cash and an idol were stolen in this break-in.

Treasure hunt at ancient temples in Guntur district (India)
(8 October 2014, The Hindu)
Gangs are looting temples in submergence areas using metal detectors. Some arrests have been made.

Stolen Almora idol back home after 50 years (India)
(12 October 2014, India Today)
Recovered in the 1990s but only going back to the Jageshwar this week.

ASI to keep rare, recovered Shiva idol in museum (India)
(9 October 2014, The Times of India)
It, of course, is not going back to the temple but to a museum.

No Turkish loans for big Met show
(9 October 2014, The Art Newspaper)
Negotiations for artefacts for the Met’s exhibition on the Seljuks seem to have ended because of unanswered repatriation claims from Turkey.

Roman-age artifacts come back to Turkey
(9 October 2014, Hurriyet Daily News)
A horse bridle and 10 engraved slabs that were illegally exported 40 years ago are being returned from the US. Not much info here.

Protecting Syria’s Heritage
(8 October 2014, New York Times)
The NYT has run this as ‘Room for Debate’ and I suppose I should link to it. Familiar faces, but I am not sure much of anything is added here. An aside: if folks in Syria aren’t looting now, they are going to start because of questionable info in the media. Then, of course, they will find no market for the material as the prices quoted in the press are wildly out of proportion. So they will dump the stuff. Past destroyed. Thanks media! Grumble, grumble.

Poland: Headstones Removed from Lodz Jewish Cemetery to be Returned
(6 October 2014, Arutz Sheva)
These are a particular set of stone removed by one person. The removal and reuse of Jewish headstones in Poland was a thing. There is a strong push for return and restoration.

Foreign experts brought in to beef up security at the National Library (Ireland)
(4 October 2014, Irish Independent)
This is after after a staff member allegedly stole at least €80,000 worth of books.

George Clooney’s wife Amal Alamuddin aids Greece’s bid for return of Elgin Marbles
(8 October 2014, The Telegraph)
I suppose she will have to get used to being dismissed as “George Clooney’s wife”. I am not sure what rolling out the celebs will do for this but something to watch.

Police believe stolen Degas has not left Cyprus
(6 October 2014, Cyprus Mail)
This is after a Russian suspect was remanded. He is uncooperative, but I suppose police have their reasons to think that the painting is still on the island.

Swiss Museum’s Decision on Gurlitt Art Trove
(9 October 2014, ArtNet News)
The Kunstmuseum Bern will decide if they are going to “keep” the art by 26 November. “Keeping” it will likely be quite the amazing hassle as claimants turn up. That said, “keeping” it with some pile of money allotted from somewhere to do massive provenance and return research could be awesome. If that happens, Kunstmuseum, you have my number, call me.

Edil de Huehuetlán El Chico denuncia saqueo de zona arqueológica (Mayor of Huehuetlán El Chico denounces the looting of archaeological sites, Mexico)
(3 October, 2014, Municipios Puebla)
He says he believes that locals who find objects may not realize that they are selling out their heritage. He urges anyone who finds artefacts to report them.

Mummy delayed at customs arrives at science center (US)
(5 October 2014, Sun Sentinel)
It was held at the Miami airport because it was boxed with several ivory items on a flight coming from Asia. Dear museums: the US is not screwing around with their new ivory bans so everyone best get with the program.

Cops: Cache of stolen goods, including high-end art found in Chicago home
(3 October 2014, Chicago Tribune)
Unclear what this all contains but the value is set at over $400k and it appears some of it was stolen from a gallery in San Francisco.

Authorities probe burglary at Yogi Berra museum
(8 October 2014, Sporting News)
The museum at Montclair State University was broken into but police have not said if anything was stolen. Yankees suck, Go Sox!