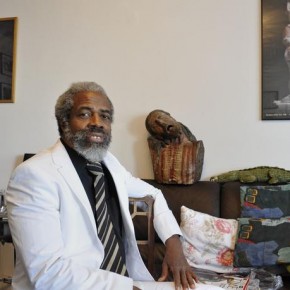 When it comes to understanding the illicit trade in cultural property one of the most important things for researchers to do is ‘follow the money’: who pays, who gains. It is fallacious to think that this is an indicator of the ‘value’ of any given cultural object, rather money trails are indicators of motivation. Financial matters are often well hidden, especially when they are between private entities, however when public or large institutions get involved there are, very sometimes, windows into the strange circle of profit and benefit that we know must underpin this trade.

One way that individuals and institutions profit off the illicit trade in cultural objects is through tax breaks. Although there are (likely) infinite variations on this theme, the general pattern is:

A good example of this is the scheme concocted by Jiri Frel at the Getty and another scheme involving several antiquities dealers and four art museums in Southern California.

I’m going to tell you about a third scheme. This one involves one of my ‘favourite’ dastardly dealers (pictures above), Leonardo Patterson.

From what I have been able to piece together, in 1979 Leonardo Patterson flew to Australia along with nearly 200 Latin American antiquities. Archaeologist Ian Graham, in his autobiography, alleges that these objects are probably fakes, but let’s work under the assumption that they are real. Patterson was there to take advantage of loophole in a recent change to Australia’s tax code that were meant to encourage charitable giving to museum collections. Following the changes donors were able to claim a tax deduction for the amount that the donated piece was valued at, not how much they originally paid for it, and the valuations were commissioned by the owner with no official oversight. Antiquities, of course, have no set value and (as it turns out) it is quite easy to get someone to say they are worth more than what was paid.

Patterson’s partners in this scheme were a group of 22 Melbourne-based stockbrokers and businesspeople. They purchased the antiquities for $1.2 million AUD, had them valued by one of Patterson’s friends at $3.7 million AUD, and immediately donated the collection to the National Gallery of Victoria for tax breaks in the 79/80 and 80/81 tax years. I don’t think the ‘donors’ ever physically had the objects in their possession.

Ian Davis, writing for The Age, claimed that Patterson was not the only person exploiting this loophole. He wrote that contemporary arrangements existed where the works in question were ‘donated’ to a gallery but then ‘loaned’ back to the donor for the rest of their life 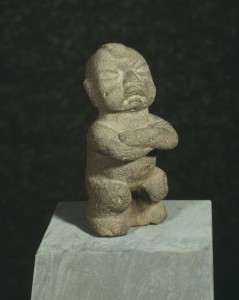 This grumpy ‘Olmec’ figurine was part of the Patterson tax scheme in the early 1980s and is still in the NGV collection.

When news of this scheme broke there was little that Australia could do. They did tighten up their tax code: following Patterson’s coup valuations had to be independent and audited and the actual price paid for the object, if it was less than the valuation, was favoured for the tax break (correct me if I am wrong here, Australians). But Patterson did keep his profits. He reportedly moved to Sydney and spent some time making what is, no doubt, a terrible film about the Ancient Maya before moving back to the US where he was convicted of wire fraud in 1984 and smuggling in 1985. Then he became the Costa Rican cultural attache to the UN. Go figure.

The National Gallery of Victoria retains this collection. They are listed on the museum’s website as “Presented anonymously, 1980“. The provenance and provenience of the objects before their importation by Patterson is unknown. I attempted to reach out to the NGV asking about the provenance of these objects and what they knew about the Patterson scheme but it has been over a week and there has been no response. I actually expected one in this case as their twitter team told me they would give my email to the correct person, but no dice. I am quite disappointed by this.

Researchers out there, keep looking for the money stories and keep posting them. If anyone reading this knows more about this particular scheme, please get in touch as I am writing it up for the Trafficking Culture Encyclopedia.